This replica of the Bugatti 57 SC Atlantic was built in England for use in the 2017 action thriller “Overdrive.” Whereas the original examples of the 57 SC Atlantic are potentially worth north of $100 million each, this non-original stunt car is valued at $130,000+ USD.

Just four examples of the original Bugatti 57 SC Atlantic were ever built, three of which remain today including the jet black example owned by Ralph Lauren. It would be this Ralph Lauren Bugatti that served as the inspiration for the stunt car shown here.

The film Overdrive was released in 2017, it’s an action thriller that was likely inspired by the film Gone In 60 Seconds from the year 2000.

Above Image: This is the original theatrical trailer for the film “Overdrive,” starring Scott Eastwood, Freddie Thorp, Ana de Armas, and Gaia Weiss. As you can see, the Bugatti stunt car features prominently and it was driven at the limit.

Overdrive is a car heist film that includes a slew of historically significant vehicles including the 57 SC and the Ferrari 250 GTO, two of the most valuable cars on earth.

Although the film wasn’t particularly successful at the box office it has remained popular with fans of the genre in the years since its release.

The Bugatti 57 SC Atlantic is one of the most historically significant cars ever made by the French automaker.

The SC Atlantic was based on the Bugatti 57 platform with an aerodynamic coupe body designed as a high-performance grand tourer.

The name “SC” stands for “Surbaissé Compresseur,” or “lowered compressor” in French, alluding to the car’s low slung suspension and its supercharged 3257cc DOHC inline-eight cylinder engine producing up to 200 bhp.

The original prototype concept car for the SC Atlantic was called the Bugatti Aérolithe, it rode on a shortened Bugatti 57 chassis and had a lightweight body made from a magnesium/aluminum alloy called Elektron.

Elektron cannot be welded, which is why the Aérolithe had a pronounced riveted seam down the centerline. Although the later 57 SC Atlantic would be made from a more traditional aluminum alloy the distinctive riveted seam was kept in place. 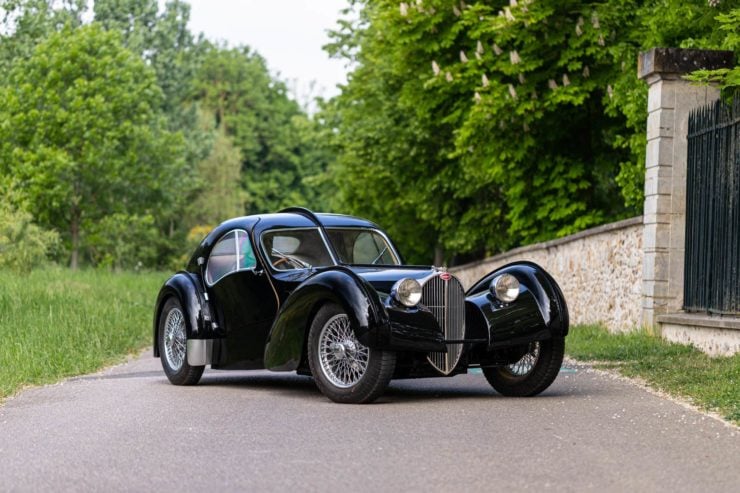 The design of this stunt car was closely based on the original Ralph Lauren Bugatti 57 Atlantic.

Just four examples of the Bugatti 57 SC were ever built, three for customers and one for Jean Bugatti. The three customer cars are all presently accounted for however Jean Bugatti’s car disappeared during WWII somewhere in France and has never been rediscovered.

The whereabouts of the missing 57 SC has long puzzled automotive historians and many treasure hunters have set off in search of the car over the years only to come up empty handed. If the car was discovered, even in a dilapidated state, it would likely be worth well in excess of $100 million USD.

The car you see here was reportedly built by Morgan in the UK using original chassis plans for the Type 57. Of course the option of using an original Bugatti engine was out of the question, so an all-alloy Rover V8 was fitted and mated to a manual transmission.

The complex bodywork was then created by Ciné Cascade, a company specialized in the design and conception of stunt cars for film use. They opted to use fiberglass rather than aluminum-alloy due to  cost and time constraints.

The completed car was used extensively in the film, including in the action-packed opening sequence, and it’s a key plot point throughout the film. 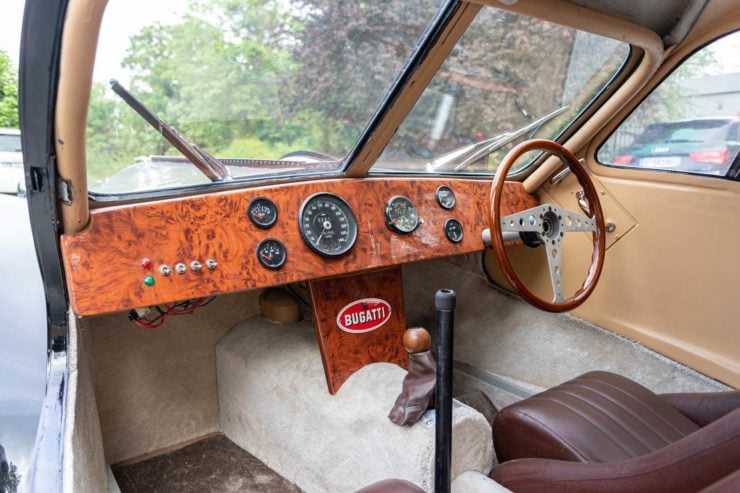 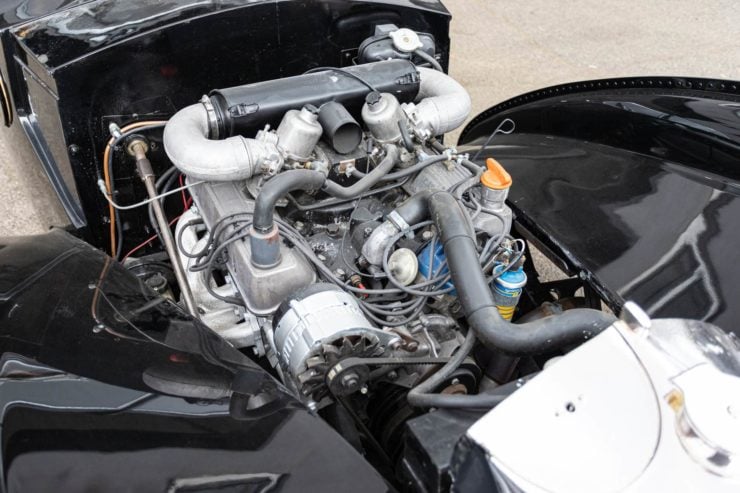 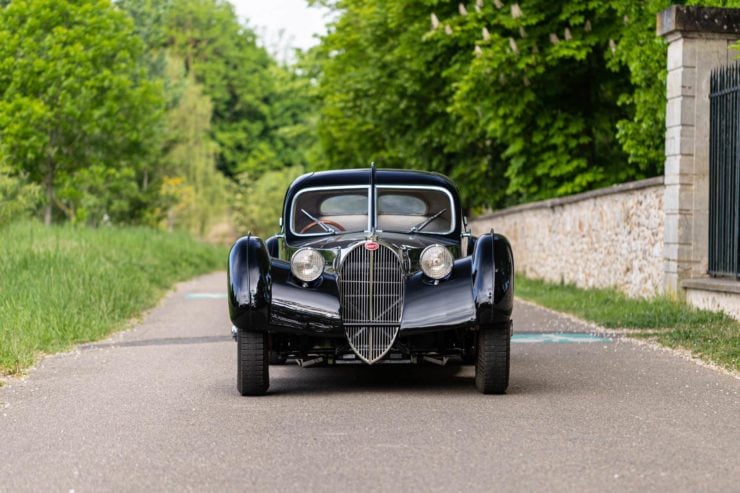 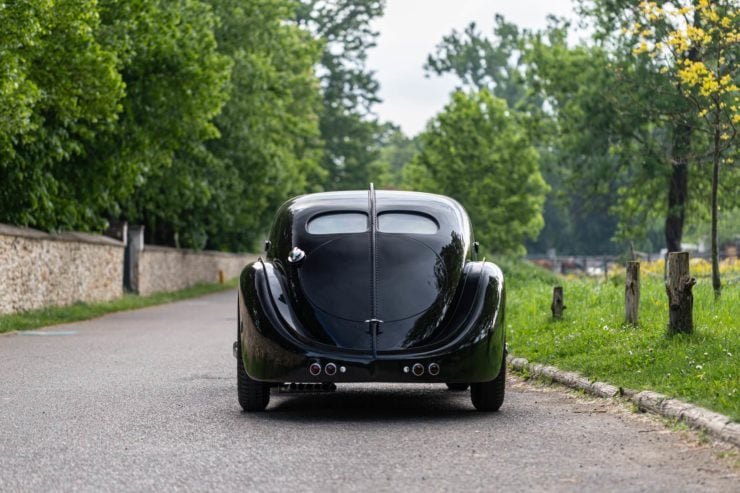 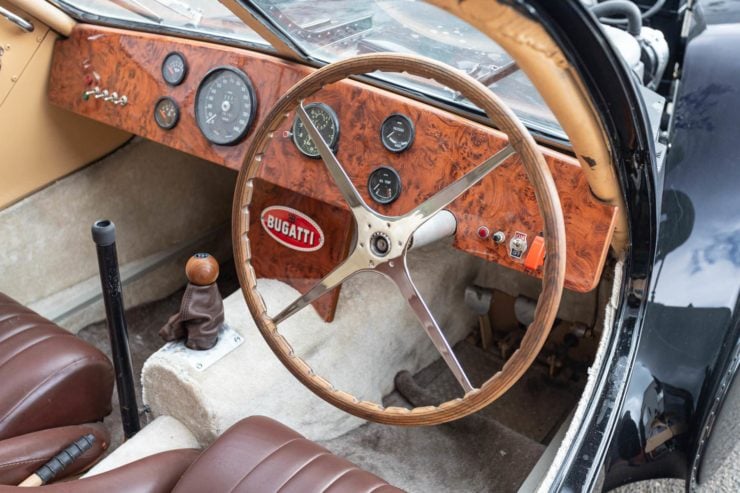 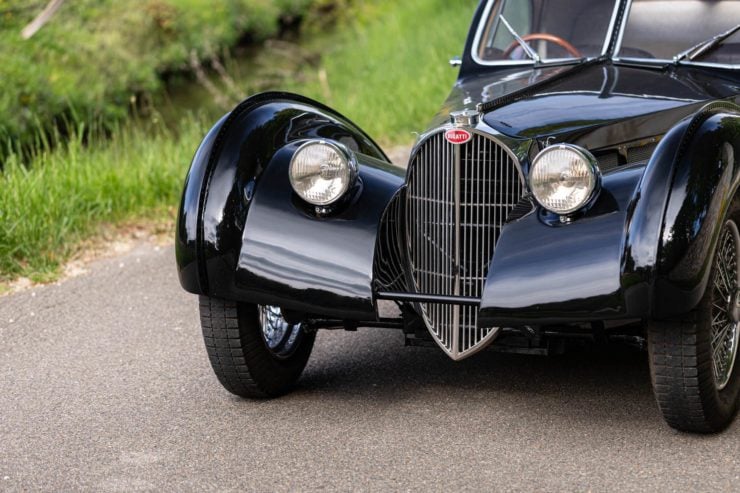 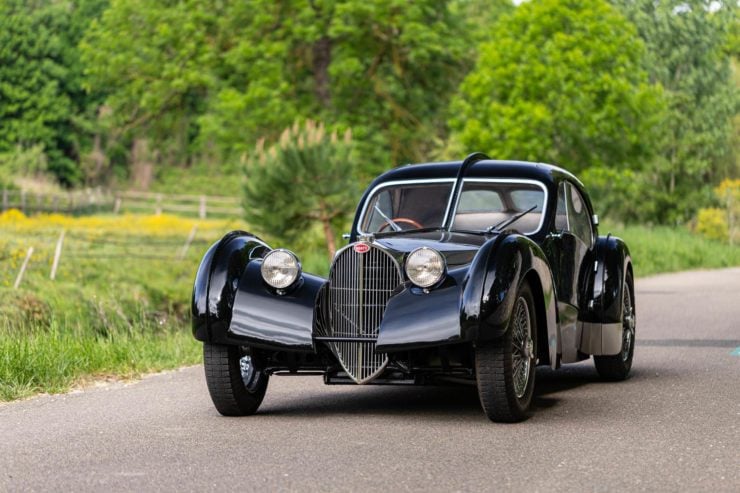 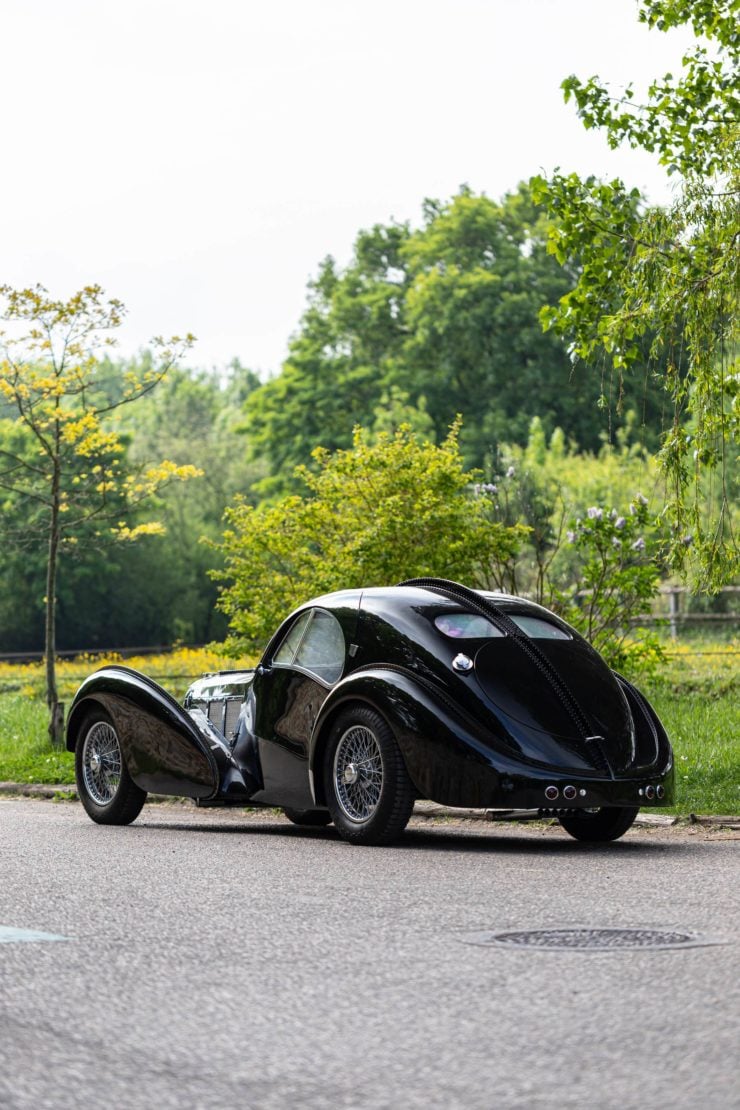 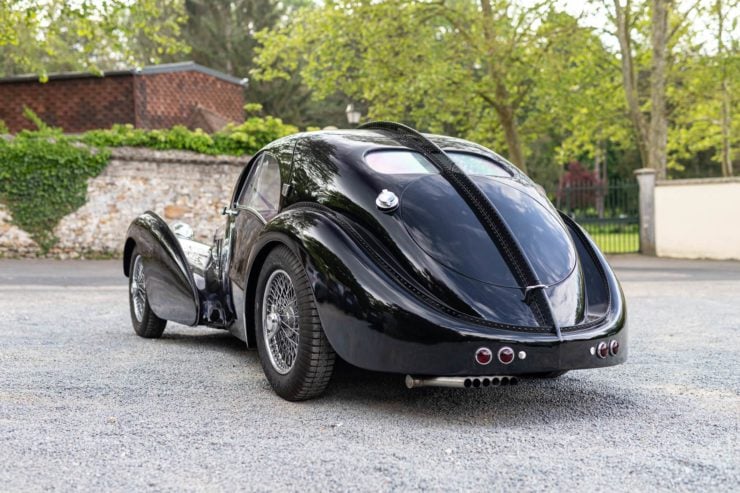 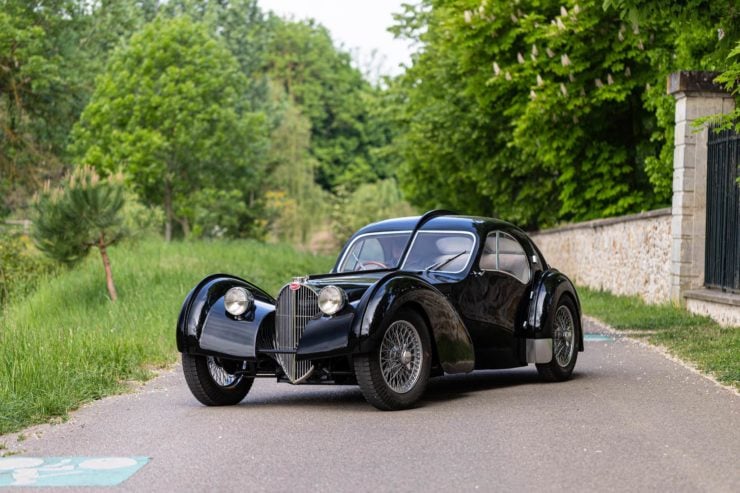 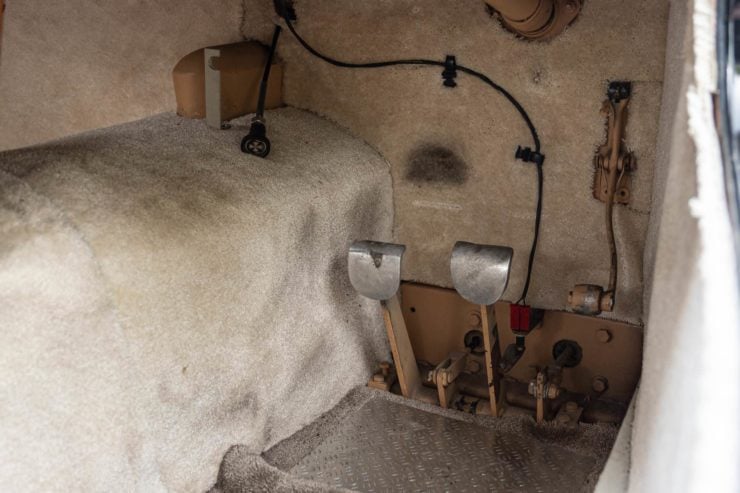 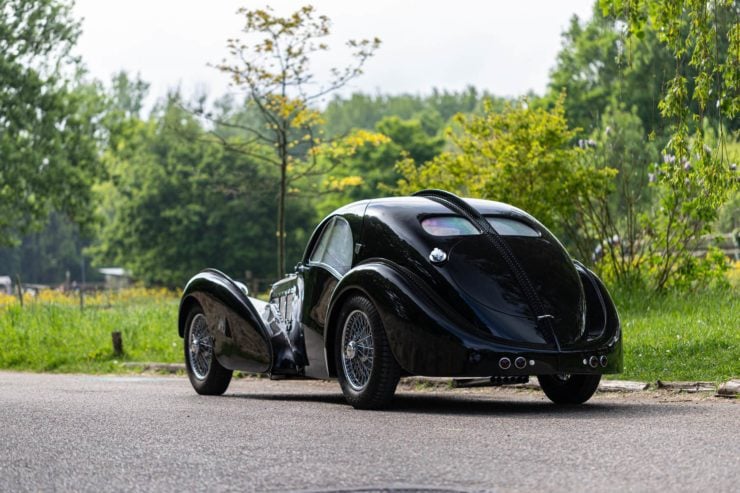 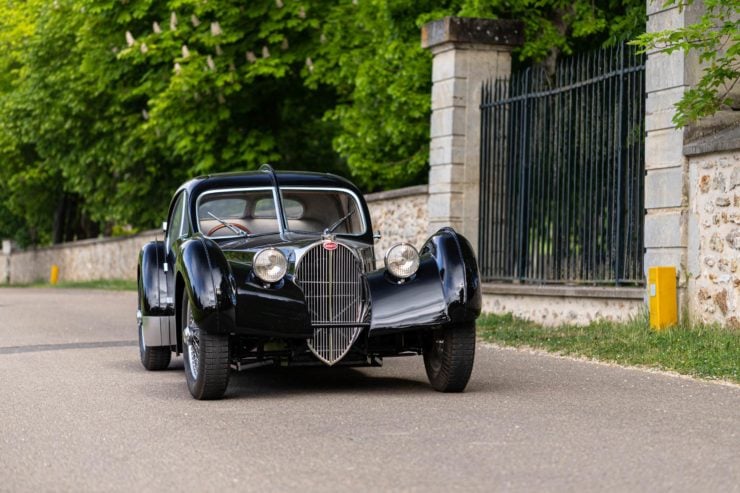 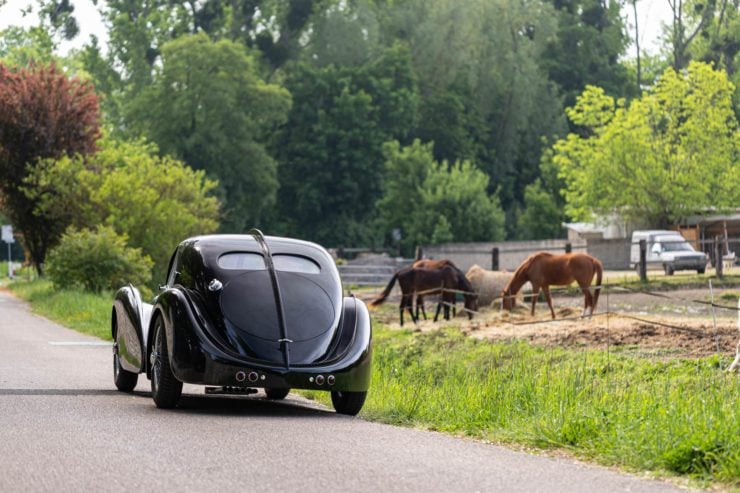 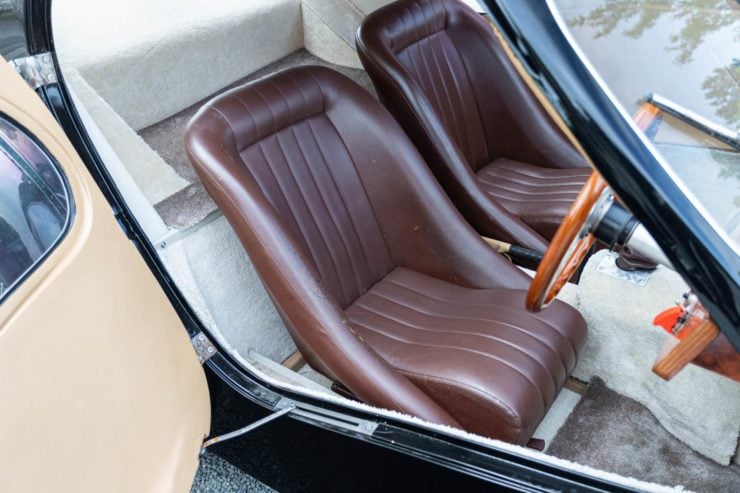 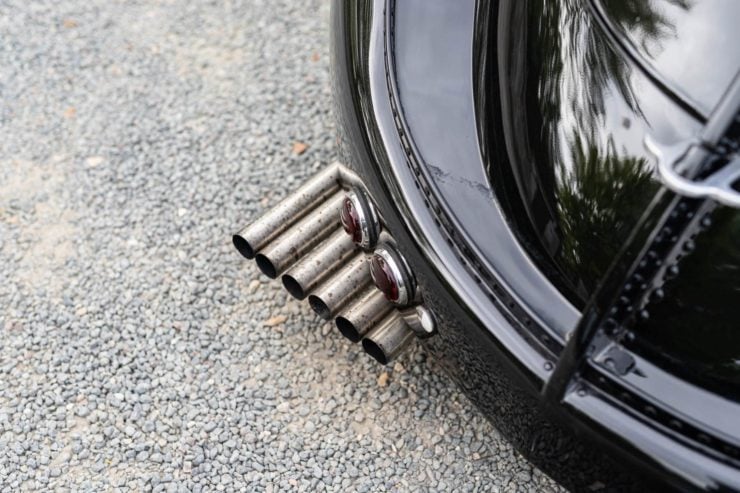 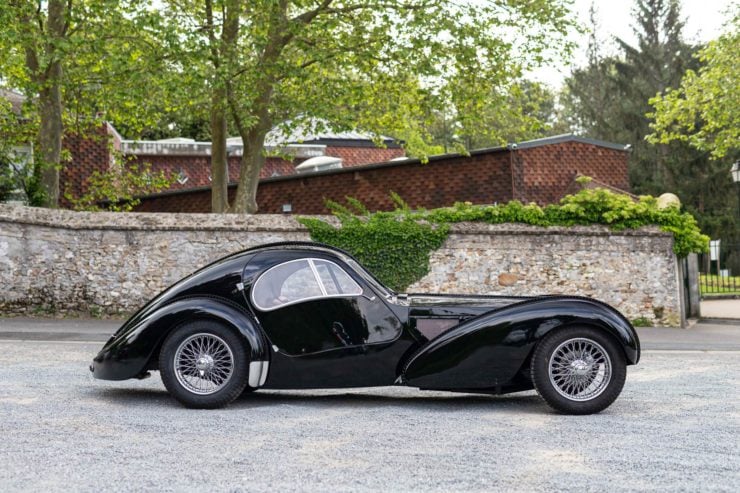 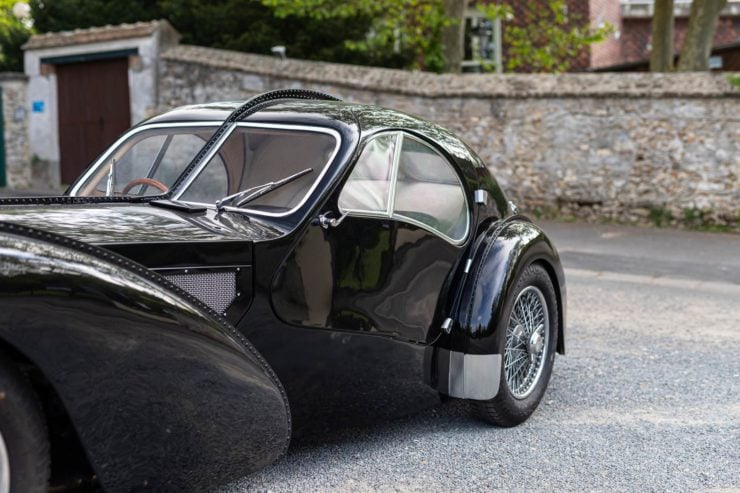 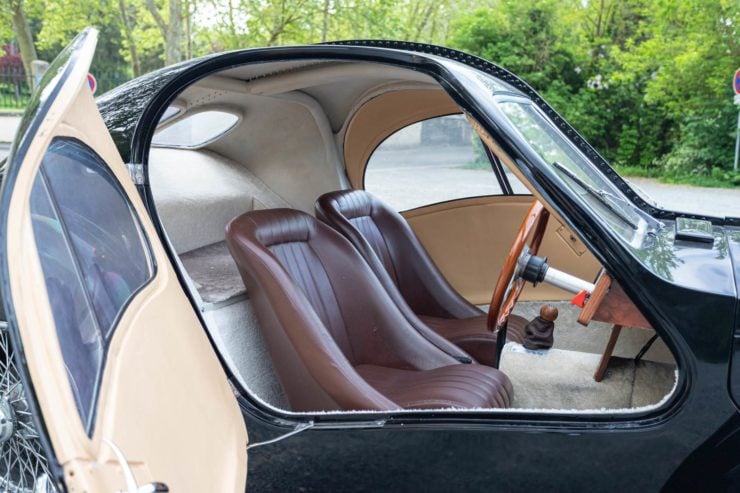 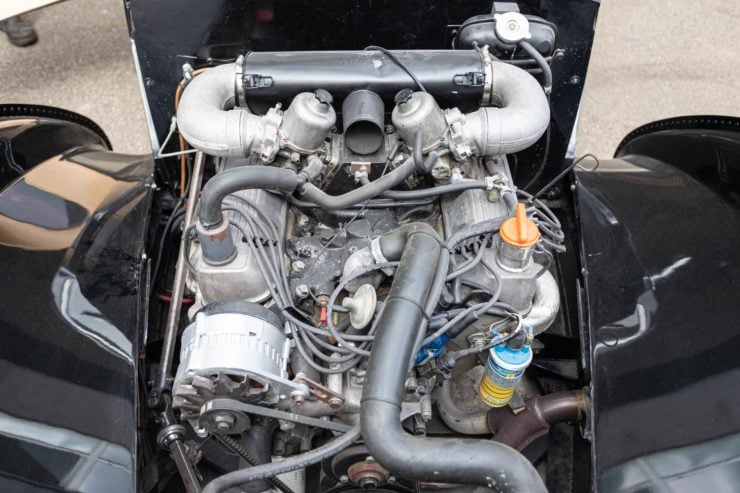 Images courtesy of The Market by Bonhams