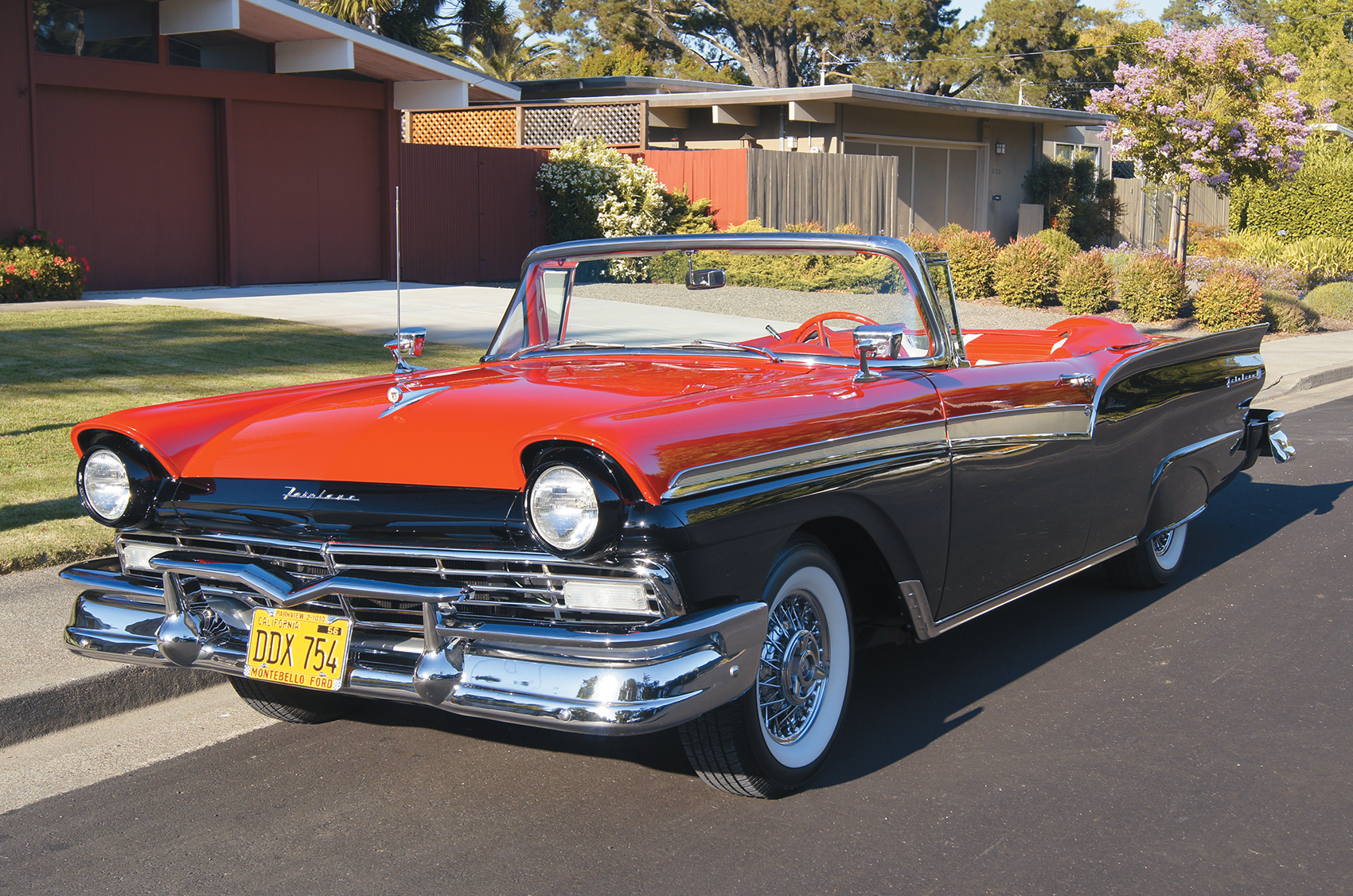 Note: The following story was excerpted from the February 2016 issue of  Collectible Automobile magazine

Riding the competitive advantage of an all-new and attractive design, Ford was able to produce America’s best-selling 1957 automobile. The push to deliver 1.67 million copies of its expanded lineup included significant contributions from two body styles that had historically been segment-leading sellers for Ford: station wagons and convertibles. 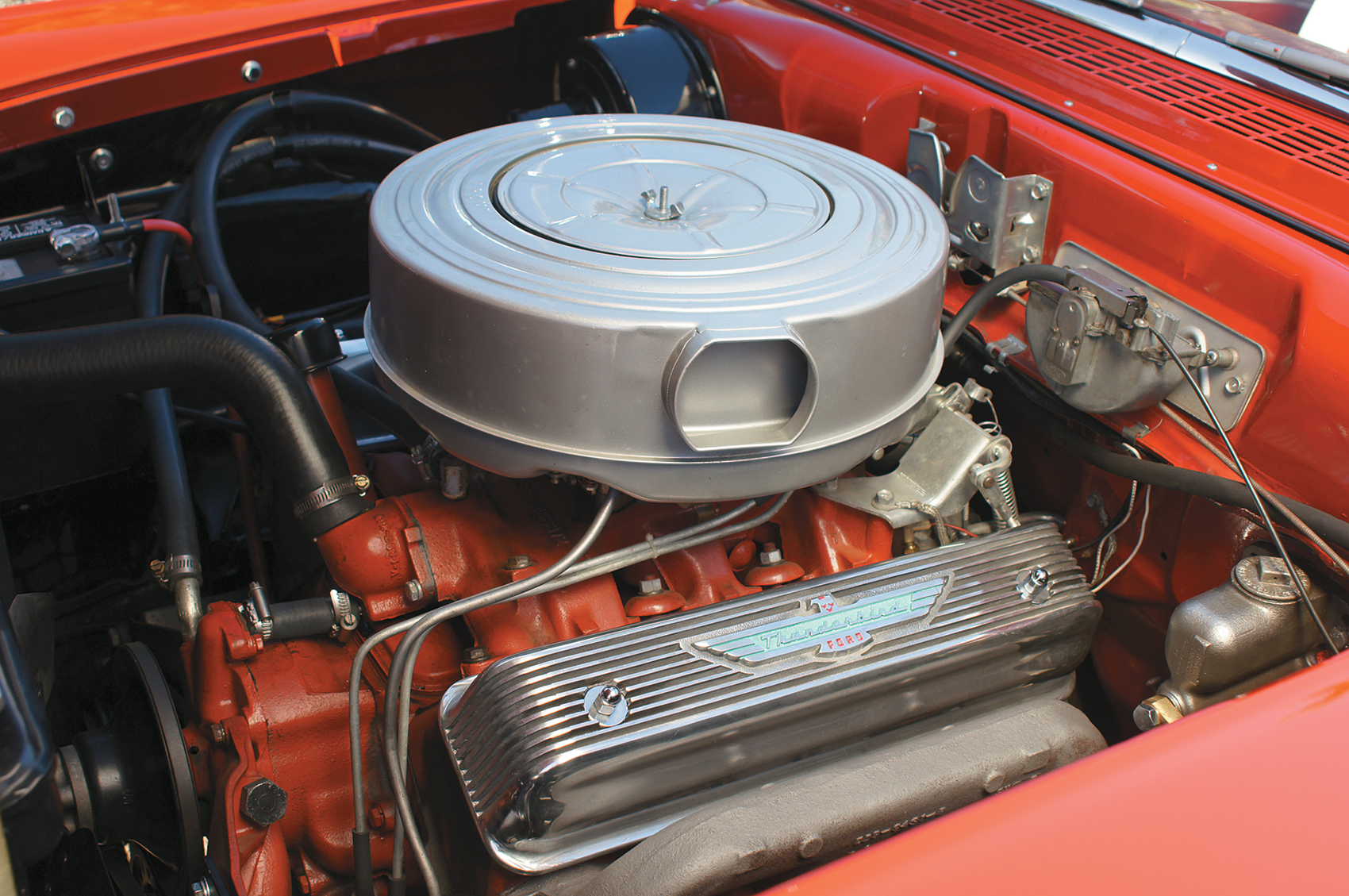 The five wagon offerings in the ’57 Ford catalog tallied a brand-record 321,170 assemblies, or 19.4 percent of all that year’s full-sized Fords. Convertibles, too, reached a new peak. The 77,726 traditional fabric-topped Fairlane 500 Sunliners added up to the clear favorite in the field. However, 1957 was the year that Ford added the Skyliner with a metal top that could be retracted under the car’s uniquely shaped decklid. Another 20,766 Ford owners signed up for this mechanized marvel. With more than 98,000 droptops in circulation, Ford outsold the next three largest ’57 convertible producers—Chevrolet, Oldsmobile, and Buick—combined!

Nineteen fifty-seven Fords came in two sizes, but even the “small” 116-inch-wheelbase sedans and wagons were longer and lower than their predecessors. Fairlanes and Fairlane 500s were on a 118-inch stretch, and featured more dramatic styling thanks to thin canted fins that flared out of the rear quarter panels. (Customs and Custom 500s had more subdued fins and a smaller rear bumper than the higher-series cars.)

10 Coolest Dashboards of the 50s 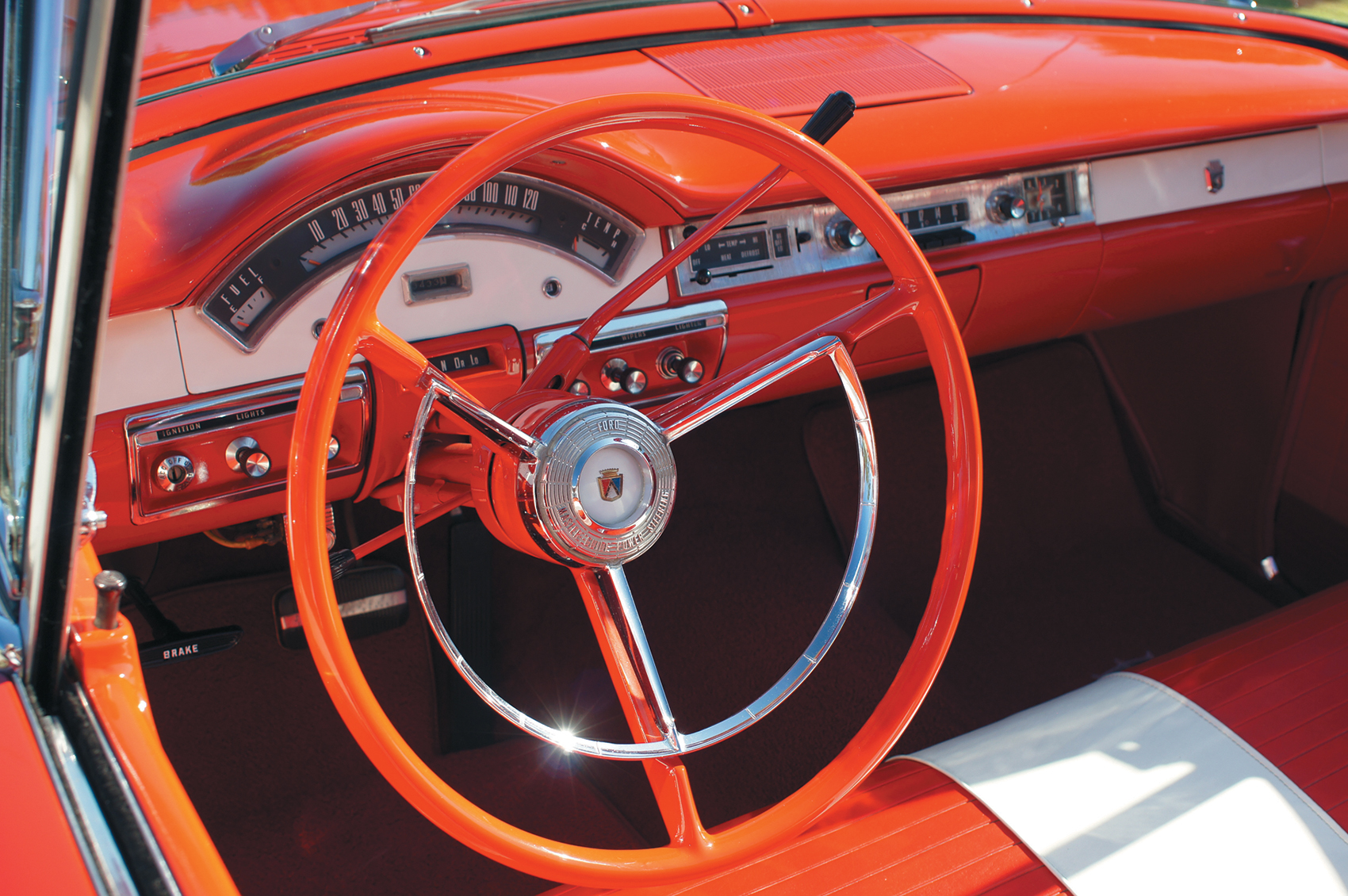 Underneath everything was a redesigned frame that was about a foot wider midway down the frame rails. Underslung cross members earned the chassis the nickname “cowbelly” but they also allowed for floor pans to nestle between the frame rails. This permitted designers to lower the car while maintaining decent passenger room. Revised ball-joint front suspension, outboard mounted rear springs, and 14-inch-diameter wheels (which replaced 15-inchers) were new.

What If: A Gallery of Alternate-Universe 1957 Ford Ranchero Designs 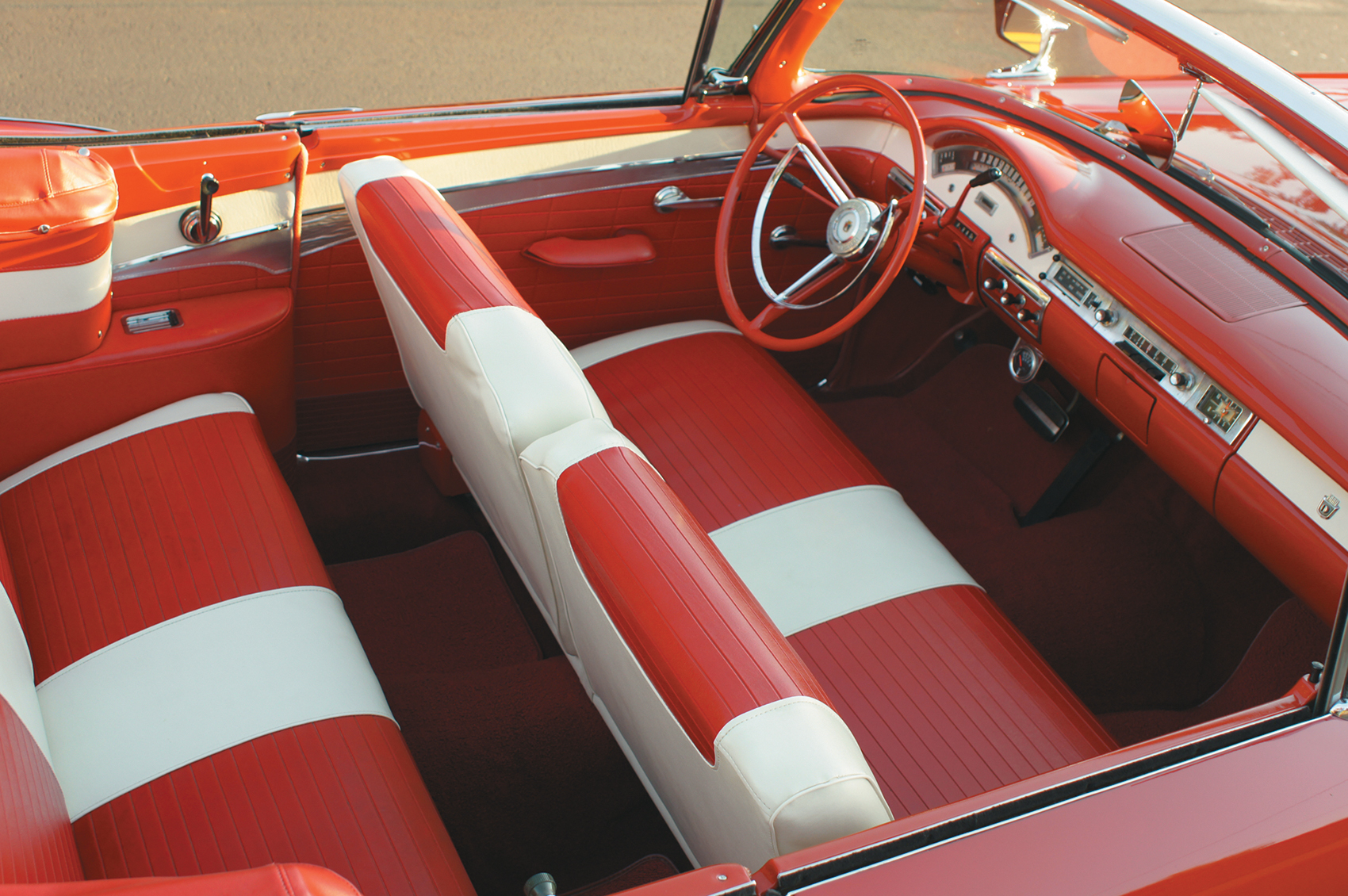 John Kingston of Novato, California, has owned the 1957 Sunliner featured here since 2010. His purchase amounts to something of a homecoming for the car, which was built in Ford’s San Jose, California, plant. Kingston says the Flame Red and Raven Black ragtop had its first home in Texas, eventually wound up in Arkansas for restoration, then returned to the Lone Star State, which is where he bought it.

When new, the Sunliner started at $2605 but Kingston’s car is packed with options that would have added about $600 to the delivered price back in ’57. Most notable of the extra-cost items is its “Thunderbird Special” 312-cid V-8. (Fairlanes came with a choice of a 223-cid inline six or 292-cube V-8 as standard equipment.) With a four-barrel carburetor and dual exhausts, it makes 245 hp. It is hooked to an optional Fordomatic three-speed automatic transmission. 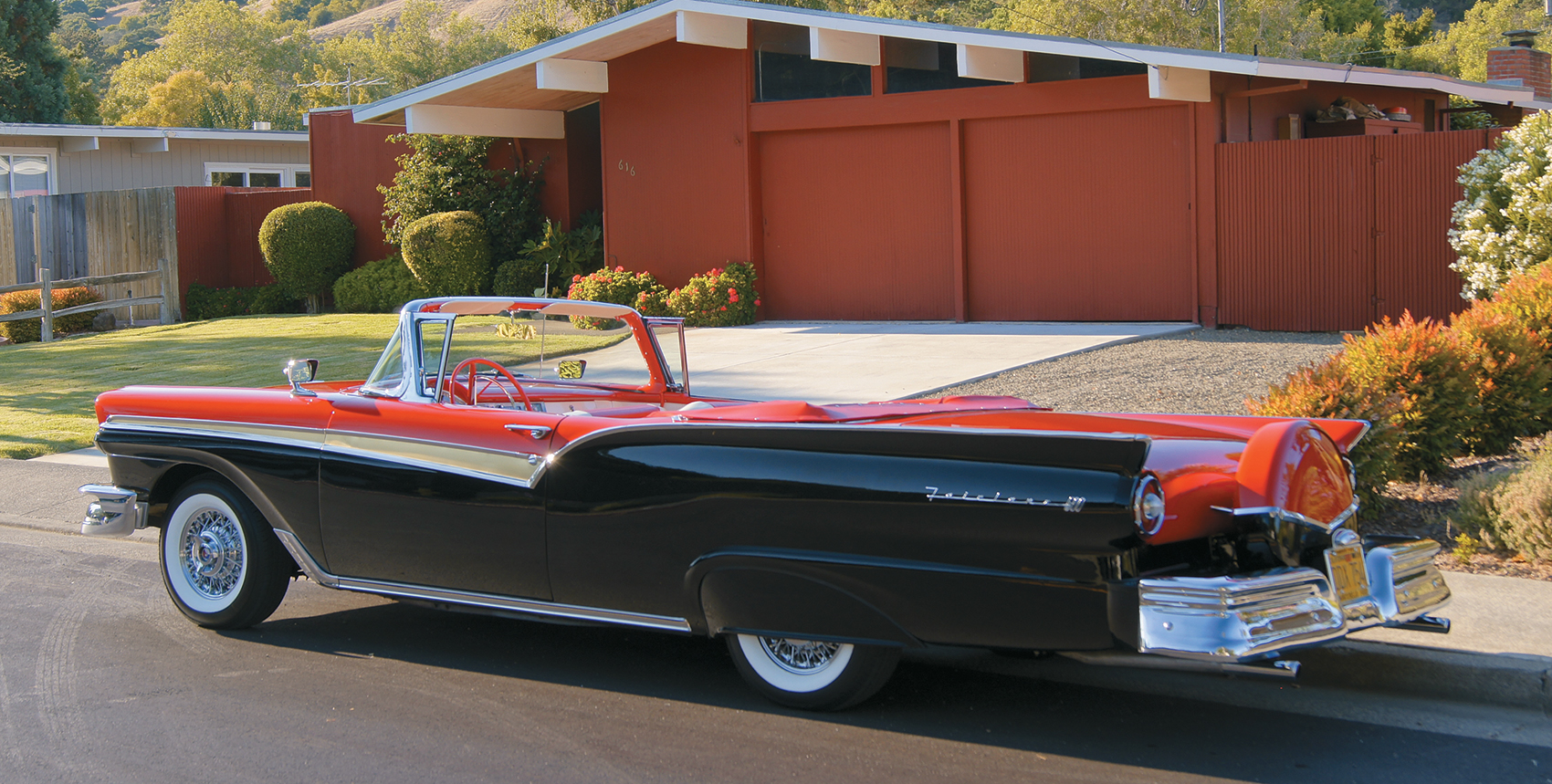 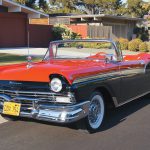 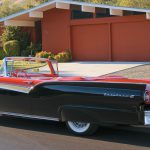 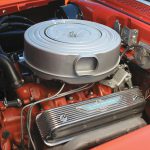 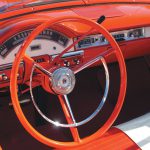