Missing Alabama inmate and corrections officer abandoned their vehicle last week. Officials are investigating whether they have another car 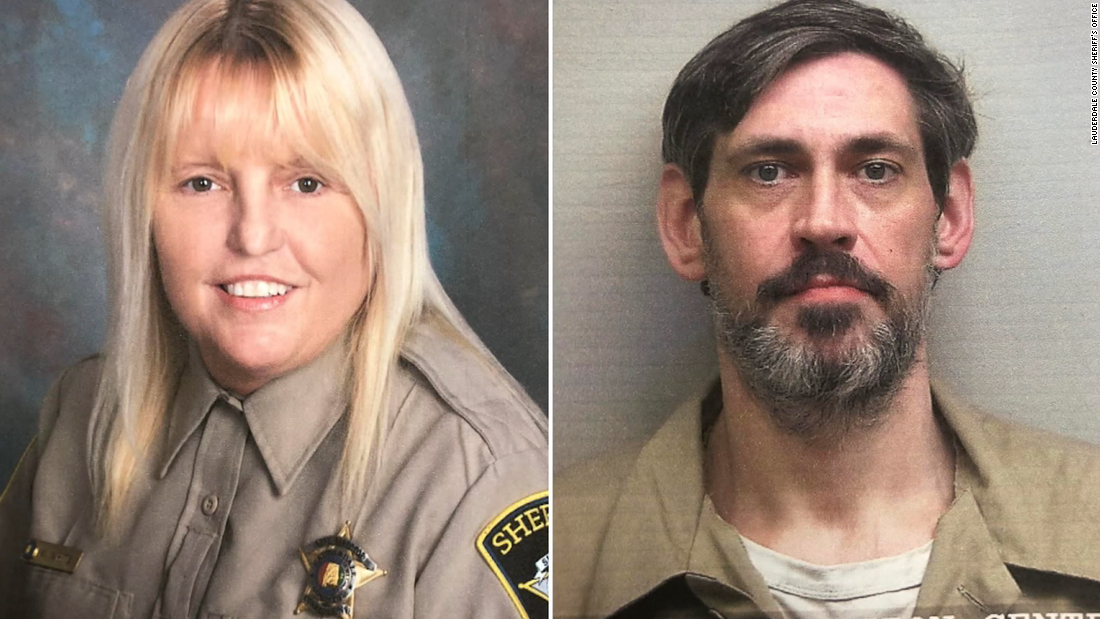 The orange 2007 Ford Edge SUV was in a tow lot in Williamson County, Tennessee, about two hours north of Florence, Alabama, where the fugitive investigation began, the US Marshals Service said Friday.

It was taken there last Friday, when Williamson County Sheriff’s Office authorities responded to an abandoned vehicle and found the car locked, with no tags and no identifying information, sheriff’s office spokesperson Sharon Puckett told CNN.

The tow truck driver who picked up the Ford vehicle remembered it when he saw a local TV story this week about the missing officer and inmate and alerted his boss, who contacted authorities.

The new information means the couple likely abandoned their vehicle less than four hours after they left Florence on April 29, perhaps due to mechanical problems, Lauderdale County Sheriff Rick Singleton said during a news conference Friday.

But now authorities are back to “square one” when it comes to what the pair may have done next, and are working to determine whether the pair stole another vehicle or got a ride with someone else, the sheriff said.

“It really doesn’t leave us a lot, we just know what direction they were headed, they headed north from here,” the sheriff said. “After Friday afternoon, when they abandoned that car, which direction they went from there, we don’t know.”

Investigators also know Vicky White had money with her when they disappeared, and are working to find out more details, Singleton added. She may also be using different aliases and identities, the sheriff said.

The officer and the inmate, who may have had a romantic relationship, have been on the run since they left the Lauderdale County Detention Center on April 29.

There is an active warrant out for the officer’s arrest on charges of permitting or facilitating escape in the first degree. She is also no longer employed as assistant director of corrections by the Lauderdale County Sheriff’s Office, the office said in a statement Wednesday. While she was set to retire April 29, her papers were never finalized, he said.

A day earlier, authorities released more information that could help the public identify the pair. Image renderings by the Marshals Service showed Vicky White, 56, who was blonde when she disappeared, would look like if she altered her appearance to have darker and shorter hair.

Other photos show inmate Casey White’s distinctive tattoos; he is 38. The two are not related.

To help the public identify the pair, the Marshals Service also released an image showing the height difference between the two, as well as their height compared to the Ford Edge SUV.

Casey White in 2015 threatened to kill his ex-girlfriend and her sister and said he wanted police to kill him, the Marshals Service said. Authorities have advised his “potential targets” about his escape and the threats against them and have taken “appropriate protective actions,” the agency said.

Casey White should be considered extremely dangerous, authorities have said. He was in the Lauderdale County jail awaiting trial for the capital murder charges against him and was also serving a 75-year sentence for a series of crimes committed in 2015.

More than 200 tips have come into the Marshals Service since Tuesday from across the country, said Chad Hunt, commander of its Gulf Coast Regional Fugitive Task Force.

“We’re seeing stuff coming in from the Northwest down to the Southwest to the Northeast and everything in between … and we have to look at every single one,” Hunt told CNN Thursday.

Investigators are “following up on (tips) as aggressively as we can,” Singleton told CNN on Thursday. “Some of them do look promising, but it takes a time to follow through on those things. We’re hoping that one of them will pan out for us, and we’ll be able to locate them.”

Not ‘the Vicky White we know,’ sheriff says

Singleton has described the officer as an “exemplary employee” who had the respect of her colleagues and “an unblemished record.” The sheriff could not provide a reason why the officer allegedly aided the escape, saying the behavior isn’t “the Vicky White we know.”
The officer had made some significant financial decisions leading up to April 29, including selling her home for well under market value. The house sold for $95,550, documents show, but county records list the current total parcel value of the property at $235,600.

Vicky White and Casey White’s relationship can be traced to 2020, when the inmate was taken to Lauderdale County for arraignment on murder charges, according to the sheriff.

The pair had a “special relationship” that was confirmed, in part, by other inmates who told authorities Casey White “was getting extra food on his trays” and “was getting privileges no one else got. And this was all coming from her,” Singleton said.

The pair kept communicating after Casey White was transferred back to the state prison, the sheriff said. Casey White returned to the Lauderdale County Detention Facility in February to attend court hearings in his capital murder case.

Vicky White stayed at a Quality Inn hotel in Florence on Thursday night, the night before the two disappeared, Singleton said. Investigators saw her on video at the hotel that evening, the sheriff added. Quality Inn had no comment when reached by CNN for comment.

Then, on the morning of April 29, authorities say Vicky White asked that Casey White be prepared for transport. She said she would take him to the courthouse by herself, which was a violation of the department’s policy requiring inmates be accompanied by two sworn deputies at all times, Singleton said.

Investigators have determined the two then drove to a shopping center parking lot, ditched the officer’s patrol car and drove off in the orange Ford SUV. Vicky White’s jail keys, radio and handcuffs were found inside the patrol car.

Investigators believe Vicky White purchased the escape vehicle in Rogersville, in Lauderdale County, and staged it in the parking lot the night before the pair fled, according to Singleton.

Correction: An earlier version of this story misstated which vehicle Vicky White’s jail keys, radio and handcuffs were found inside. It was her patrol car.