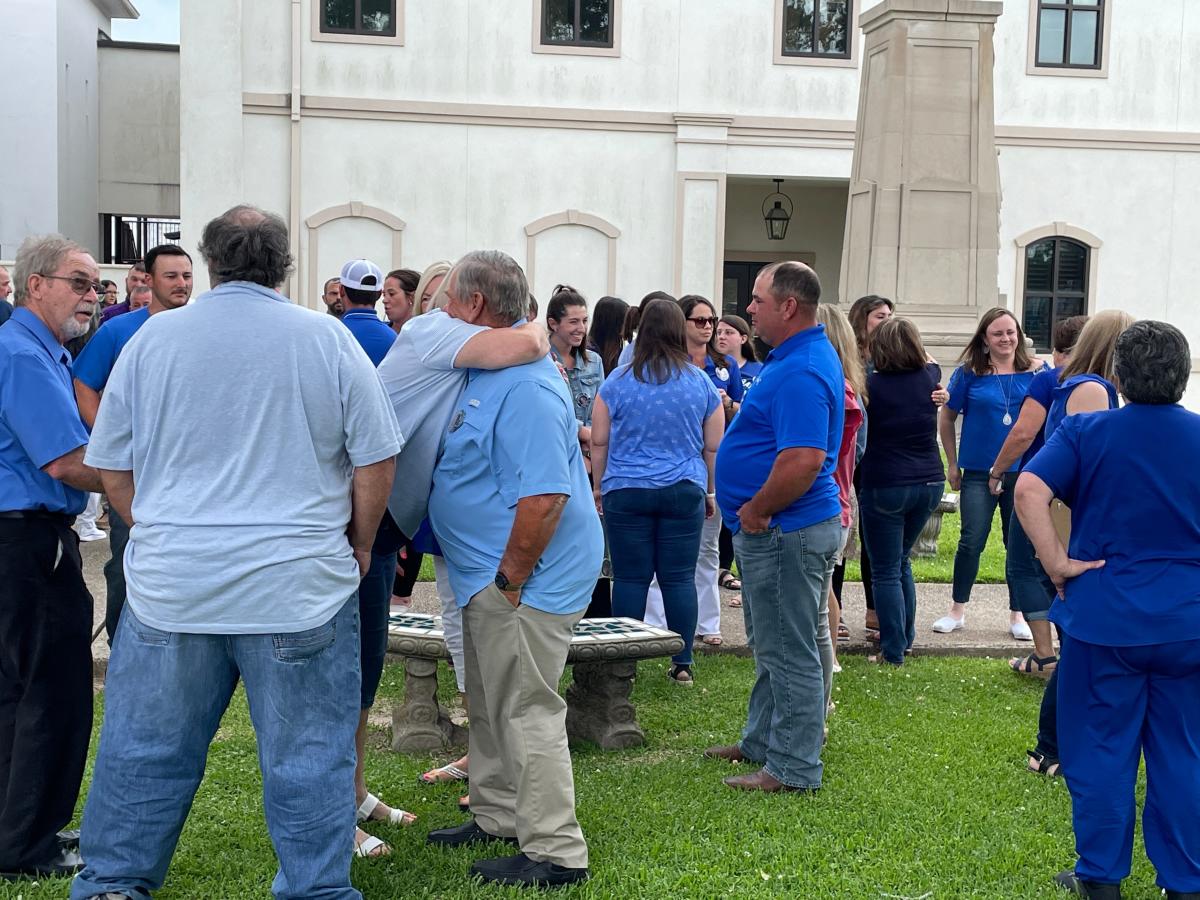 A woman convicted in a deadly drunk-driving crash in Assumption Parish will spend the next 30 years in prison, a judge ruled.

Latasha Hicks, 46, of St. James, pleaded guilty earlier this year to vehicular homicide. She is accused of causing the March 15, 2020, crash that killed 28-year-old Brian Gros of Pierre Part.

Before a packed courtroom Tuesday in Napoleonville, state District Judge Alvin Turner Jr. handed down the maximum 30-year sentence, the first 10 of which must be served without parole, probation or early release.

Family and friends, many wearing badges with pictures of Gros or carrying large photos of him, erupted in applause after the judge announced the sentence.

Hicks, who had three prior DWI convictions, showed a “total disregard for her safety and for the safety of others,” Turner said. “Mr. Gros lost his life as a result of the defendant’s actions.”

“I constantly live with a knife in my stomach,” Gautreau said through tears while testifying Tuesday. “I can’t go into a crowd of people anymore. I’m just not the same as I used to be. My kids are everything and she took one of them away from me.”

Gautreau held up a poster bearing several images, including the last picture of her son when he was alive and a photo of his grave.

“Was it worth the few hours getting drunk to kill my child?” she asked Hicks from the stand. “My life has been a total hell since you killed my child. Do you have any remorse whatsoever?”

When Hicks nodded, Gautreau said she was not convinced.

“It sure doesn’t look like it,” she said. “I will never get to hear his voice, give him a hug or tell him I love him. You gave me a life sentence.”

Gautreau said her son was driving to his girlfriend’s home during the time of the crash. He had been planning on proposing to her, she said.

“When he met her you could tell there was a difference about him,” Gautreau said. “He was so happy. I’ll never see him become a father, and he would have been a great father. The love they shared was special.”

Prosecutors said the crash occurred while Hicks was out on bail with an active warrant for her arrest in connection with a 2012 DWI arrest in Ascension Parish.

Hicks had a blood alcohol content of .190%, more than twice the legal limit, prosecutors said. Upon being released from the hospital, Hicks was arrested and booked into the Assumption Parish jail, where she later posted bail.

Gros’ father, Brian Gros Sr., said the crash took away his best friend and fishing buddy who loved to work on trucks.

“I live with a broken heart because I miss him so much,” he said. “All I have left are loving memories that I will always cherish.”

Karen Gros, Brian’s grandmother, also testified about the pain she endures after losing her grandson.

“My grandson meant everything to me,” she said. “He was a good person. I can’t describe how I feel every morning. We shouldn’t have to bury our grandchild. That’s not the way it’s supposed to be.”

After the judge pronounced sentence, deputies took Hicks into custody and led her out of the courtroom.

— Staff Writer Dan Copp can be reached at 448-7639 or at [email protected] Follow him on Twitter @DanVCopp.