These Are the Best Midsize SUVs for Used Car Shoppers 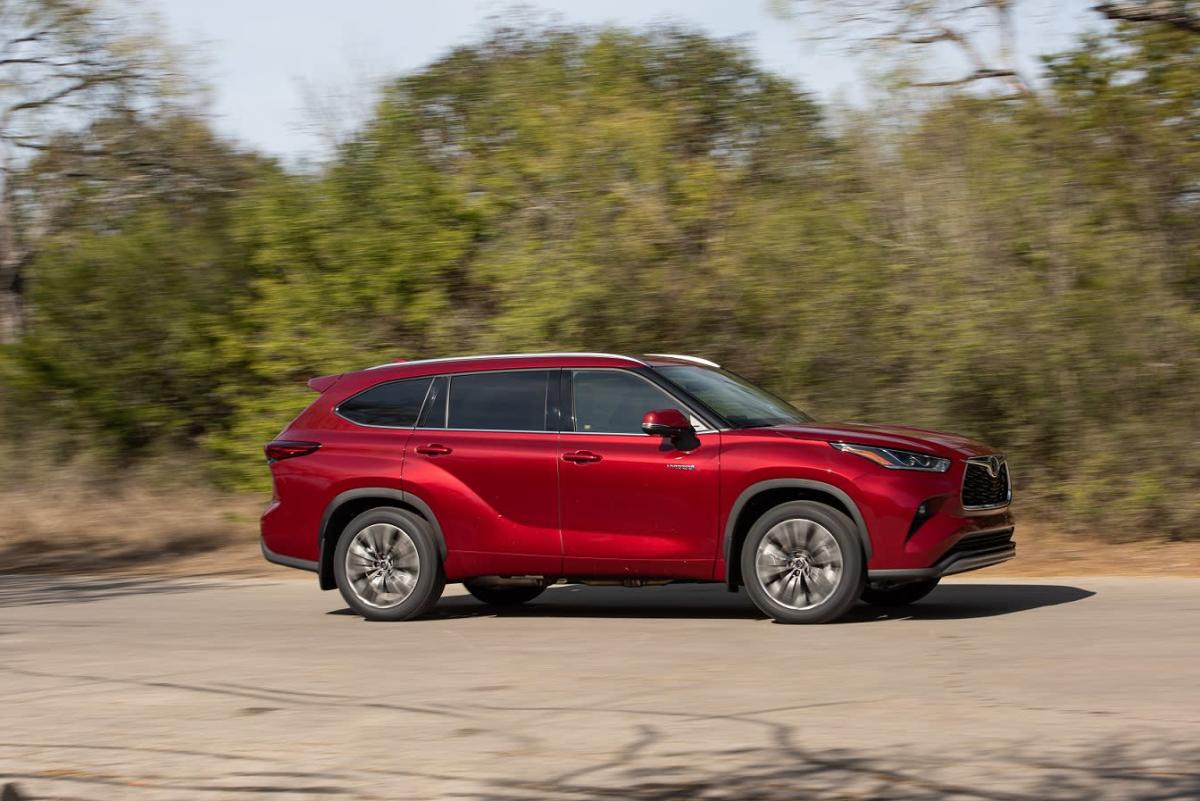 Midsize SUVs are versatile haulers that offer ample passenger and cargo space, yet are easier to maneuver and more fuel-efficient than full-size SUVs. Whether you want a spacious two- or three-row crossover, or a rugged family SUV that can double as an off-roader, there is a used midsize SUV to suit your needs.

To help used car shoppers find the best used midsize SUVs, iSeeCars analyzed over 12 million vehicle listing and from them narrowed down the Best Used Midsize SUVs. The winners are the SUVs that are the longest-lasting, hold their value the best, and have the highest average safety ratings from the National Highway Traffic Safety Administration (NHTSA) and the Insurance Institute for Highway Safety (IIHS).

Midsize SUVs offer more space than compact SUVs and many provide a convenient third row of seating. They combine the best of both worlds as capable family haulers that are easier to drive and more efficient than behemoth full-size SUVs.

The Toyota Highlander earns the honor of Best Used Midsize SUV for being a long-lasting SUV with high value retention that is also a Top Safety Pick+ from the IIHS. A popular family hauler, it’s roomy and has an accessible third row of seating and ample cargo room. It also offers a suite of safety features to add to its solid reputation for reliability. The Highlander is among the top iSeeCars picks for the Best SUVs for Snow.

The Honda Pilot crossover ranks second in the midsize SUV category. The Honda Pilot is a spacious three-row crossover SUV for those seeking a family-friendly hauler without the bulkiness of a full-size SUV. It’s available in all-wheel-drive or front-wheel drive and is a popular minivan alternative due to its spacious seating for up to eight passengers.

The Toyota 4Runner ranks third as the Best Used Midsize SUV. The 4Runner’s presence on the list is no surprise, as its age-old 4.0-liter V6 is one of the toughest engines out there. The 4Runner’s reputation for durability and off-road superiority puts this genuine and capable four-wheel-drive SUV among the top ten most reliable SUVs.

The Ford Explorer ranks fifth. The Explorer has multiple powerful turbocharged engines to choose from and rides comfortably. The Explorer also has plenty of cargo space, with three rows of seats and a list of standard features that includes an intuitive infotainment system. A list of active safety features became standard for the 2020 model year, which include blind spot monitoring, rear cross traffic alert, lane keep assist, automatic high-beam headlights, post-collision braking, and a pre-collision system with forward collision warning, automatic emergency braking, and pedestrian detection. Prior to 2020, these features were available on upper trims.

Introduced as a rugged body-on-frame SUV in the 80s, the Nissan Pathfinder has evolved into a family-friendly crossover. Available with front- or all-wheel drive, the Pathfinder offers three rows of seating for up to seven passengers. The Nissan Pathfinder has a roomy interior with high-quality materials, an intuitive infotainment system, and an array of safety features.

The Mazda CX-9 ranks seventh. The CX-9 is fun-to-drive thanks to its peppy turbo four-cylinder engine and it has a premium interior that rivals what can be found in a luxury SUV. The CX-9 also returns above-average fuel economy for the class, and beginning with the 2018 model year it comes standard with infotainment and safety features including a 7-inch touch screen, Bluetooth, blind spot monitoring, rear cross traffic alert, and low-speed forward collision warning with brake assist.

The Jeep Grand Cherokee ranks eighth. The versatile SUV appeals to drivers who want a luxury SUV as well as those who want an off-road capable family hauler. The Grand Cherokee has a number of powerful engine choices ranging from its base V6 to a performance-oriented ??6.2-liter Hemi V8. It has a suite of available safety features, many of which became standard for the 2019 model year. The Grand Cherokee is also the best SUV for towing in the midsize category, with a starting towing capability of 3,500 pounds and a maximum of 7,200 when properly equipped with its Trailer Tow Group IV option and one of its V8 engine choices.

The GMC Acadia ranks tenth. The Acadia has a premium interior and drives comfortably. It also has above-average fuel economy for the class. Many active safety features became standard in 2020 including ?rear parking sensors, rear cross traffic alert, blind spot monitoring with lane change alert, and a rear seat reminder. These features along with forward-collision warning and automatic emergency braking can be found on higher trims of earlier models.

The brawny Dodge Durango ranks eleventh and is available with two or three rows of seating. The Durango is available with multiple powertrain options: a standard 293-horsepower 3.6-liter V6 engine, a 5.7-liter Hemi with 360 horsepower, and a 6.4-liter Hemi V8 with 475 horsepower.   The 3.6L Pentastar V-6 engine is the most efficient, providing a fuel efficiency of 19 mpg in the city, 26 mpg on the highway, and 22 mpg combined. The Durango is ideal for drivers who want a family SUV with a little bit of muscle.

The Ford Edge ranks twelfth. The Edge offers similar technology and safety features as the Ford Explorer, but is more fuel-efficient and has more cargo room. The Edge only has two rows of seats, less powerful engine choices and limited off-road capability, as well as a lower starting price than the Explorer, making it a more practical option for families who don’t require a third row of seats or off-road adventures.

The Chevrolet Traverse ranks thirteenth. The Chevy Traverse is a class-leader for cargo space, with 23 cubic feet behind the third-row seats. The Traverse had a redesign for the 2018 model year that added a more powerful V6 engine with improved gas mileage, and standard tech features like a 7-inch touch screen infotainment system, Apple CarPlay, and Android Auto. It has a wide range of trims to appeal to buyers who want everything from an affordable family hauler to those who want a fully-loaded one.

The Kia Sorento is the most affordable midsize SUV on our list, with a starting MSRP below $30,000. Used versions before the 2021 model year lack standard safety features beyond a backup camera, but a full suite of safety features are available on higher trim levels.

For more vehicles in this category, refer to the iSeeCars list of Best Midsize SUVs.

From two-row crossovers to three-row rugged SUVs, there is a quality used midsize SUV to suit your needs. With used car prices at record highs, a safe and reliable SUV that retains its value is a smart purchase decision.

For more SUV buying guides, check out our other lists:

If you’re interested in purchasing a midsize SUV, you can search for millions of new and used SUVs with iSeeCars’ award-winning car search engine. We help shoppers find the best car deals by providing key insights and valuable resources, like the iSeeCars free VIN decoder report and Best Cars rankings.