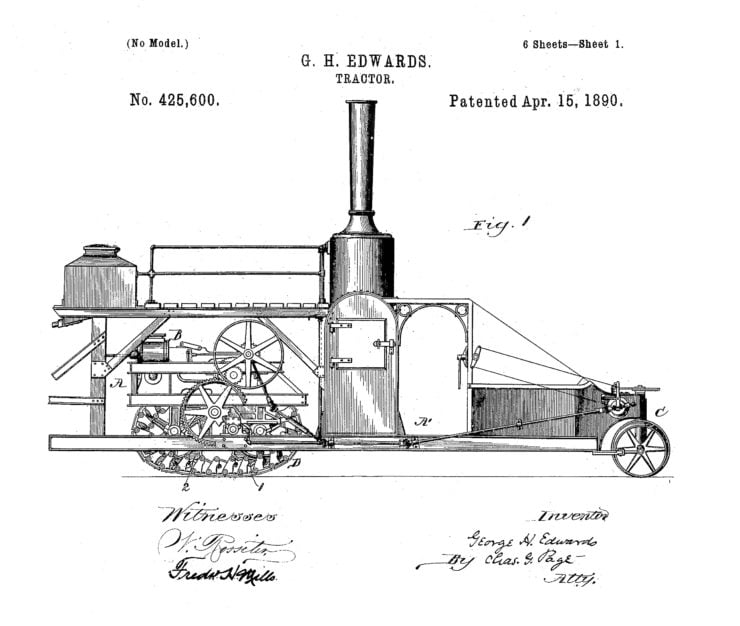 This is almost certainly the best surviving Hart-Parr 30-60 “Old Reliable” anywhere in the world, this model was one of the most important early tractor designs, and it helped kickstart the industrial revolution of the agricultural world in the early 1900s.

The Hart-Parr 30-60 is powered by a two-cylinder engine with a displacement of 38.6 liters. It would be started on gasoline and then switched over to kerosene, which was less costly. The engine was advanced for the time, with a single overhead cam design and hemispherical combustion chambers.

The Invention Of The Tractor

There are two competing stories about where the word “tractor” came from. On one side there are historians who believe it has its origins in the Latin word “trahere” which means “to pull.”

This tractor patent by G.H. Edwards from 1890 shows just how much the design of early tractors would change, as new layouts and fuel types were experimented with.

On the other side of the debate are those who point to Hart-Parr sales manager W.H. Williams who combined the words “traction engine” and “power” to create the word “tractor” which he used in advertising for Hart-Parr products.

Regardless of who invented the word, the tractor would become one of the most important inventions in the history of mankind, allowing a single person to farm vast swathes of land – feeding many thousands of others.

Early tractors were called traction engines, they were steam powered much like the trains of the era, and they first started appearing in the late 1800s.

These early examples were noisy, slow, and they required significant maintenance, but on the plus side they produced vastly more power than horses and they could be worked for long hours in any weather conditions that mother nature might throw at you.

The first gasoline-powered tractors were built in the United States by John Charter in Illinois in 1889. Gasoline engines were easier to start, run, and maintain when compared with steam engines, and over the next 20 years gasoline (and kerosene), then eventually diesel powered tractors would become the dominant type.

The Hart-Parr Gasoline Engine Company was founded in 1897 by Charles W. Hart and Charles H. Parr, two men who had met while studying engineering at the University of Wisconsin. 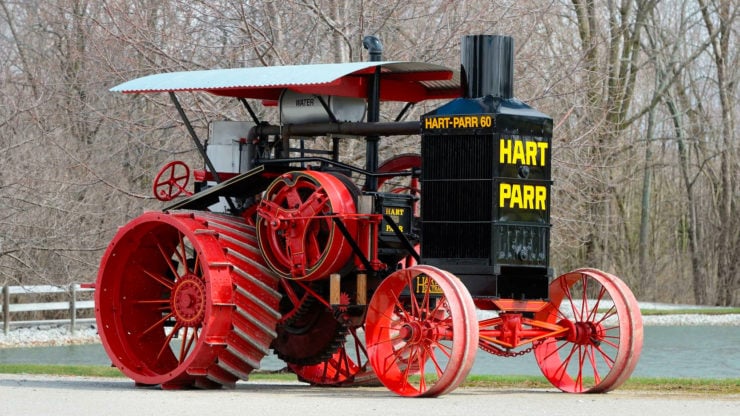 If you look closely you’ll see a water tank above the engine, this was used as part of the water-injection system when running on kerosene to avoid detonation in the cylinders.

Their most famous creation was the Hart-Parr 30-60 which was introduced in 1907. The 30-60 was named for the fact that it produced 30 hp at the drawbar and 60 hp at the belt, however the actual power being produced was slightly higher than this.

The two-cylinder engine used in the 30-60 relied on oil cooling, it had a single overhead cam, and hemispherical combustion chambers. Due to the higher cost of gasoline compared with kersosene the engine was designed to be started on gasoline and then switched over to kerosene.

Hart-Parr tractors became known for their quality and reliability, as a result the 30-60 was nicknamed the “Old Faithful.” One of the reasons for this good reputation was the almost all-steel construction philosophy that they used.

The majority of the parts that went into their tractors were steel, much stronger than the cast iron parts used by many of their competitors. This all-steel design extended inside the engine, where the crankshaft was made from forged steel to ensure it would last decades (or longer).

The engine’s displacement of 2,355 cubic inches (38.6 liters) and its bore x stroke of 10 x 15 inches. It has a maximum speed of 300 rpm, but most operations required significantly less than this. 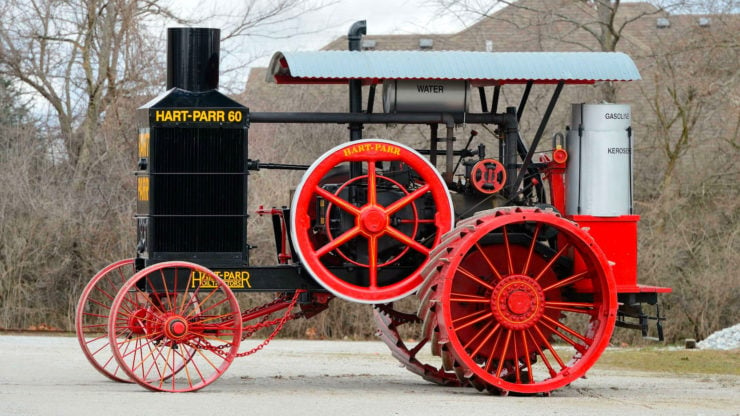 The 2,355 cubic inches (38.6 liters) engine displacement was needed due to the fact that fuel quality tended to be poor, so in order to get the required amount of power it was believed that bigger was better.

Due to the propensity for water to freeze in cooler climates an ingenious oil cooling system was developed for the 30-60 engine. Oil wouldn’t freeze of course, and it allowed hotter engine temperatures which favored running on kerosene.

In order to cool the oil Hart-Parr designed an induced draft radiator, this consisted of an exhaust system that was channeled through a tapered stack at the top of the oil cooler. The speed of the exhaust gasses would essentially suck in outside air over the oil radiator and create a cooling effect.

The Hart-Parr 30-60 sold in vast numbers by the standards of the time, it’s said that Hart-Parr occupied over 70% of the tractor market in the United States at one point in time. By the end of 30-60 production they had built 3,798 of them in total.

The tractor you see here now benefits from a comprehensive restoration by George Schaaf and his team.

It’s now in fully operational condition and it was featured on the cover of Antique Power Magazine in the November/December issue in 2014. Inside the engine it has new valves, new pistons, a new camshaft, new rod bearings, and the planetary gear system was rebuilt.

The tractor is now due to roll across the auction block with Mecum in late September. If you’d like to read more about it or register to bid you can visit the listing here. 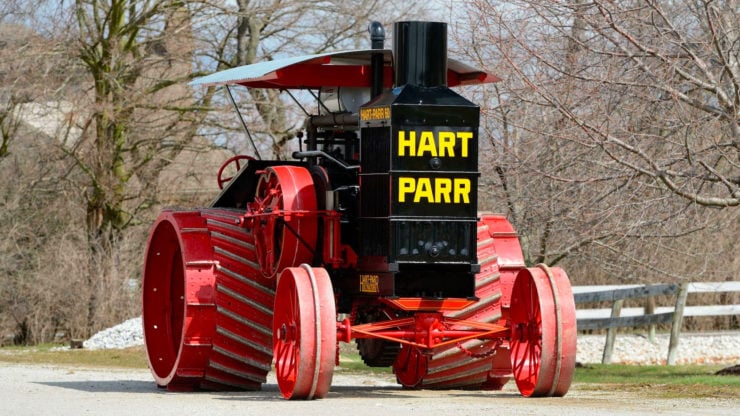 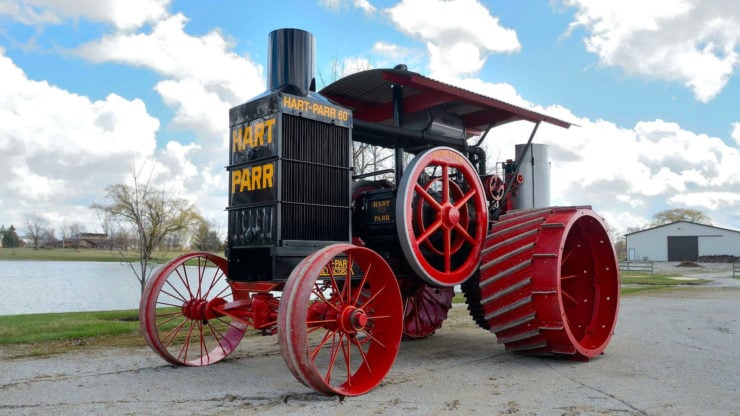 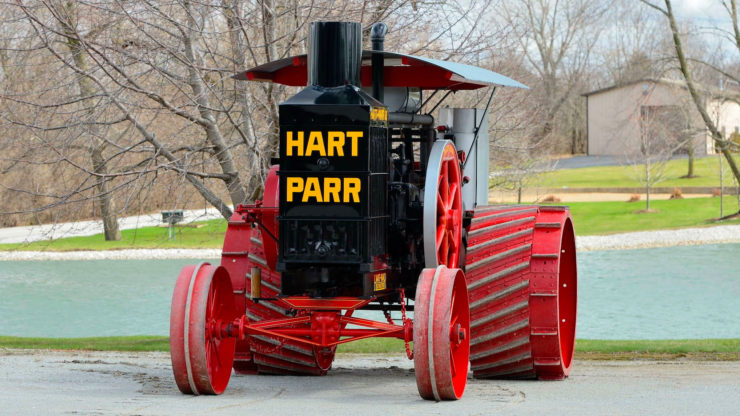 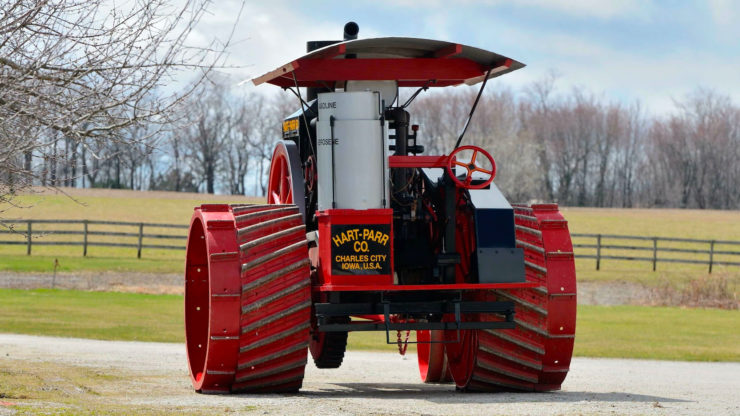 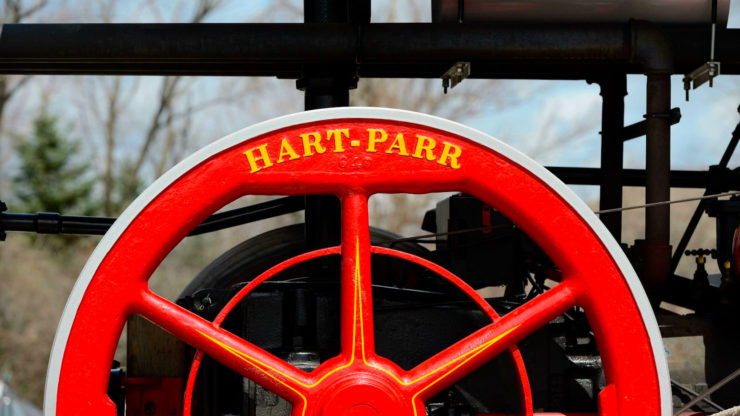 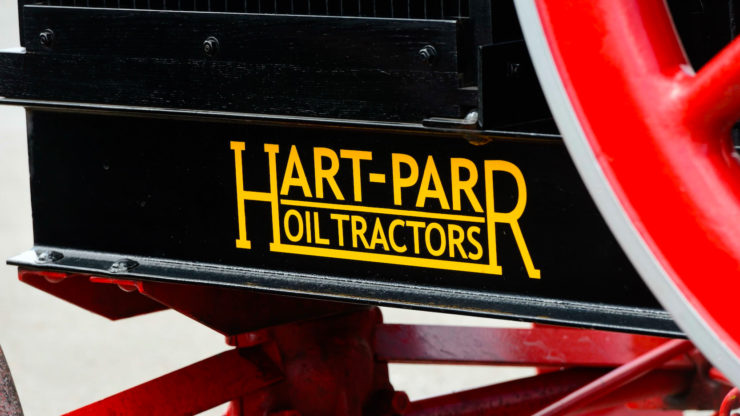 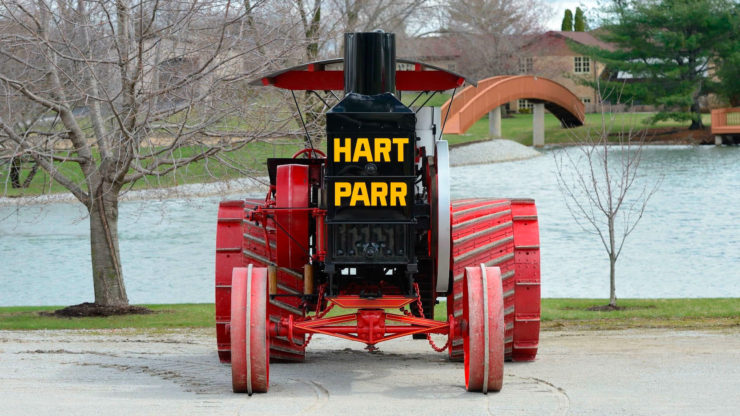 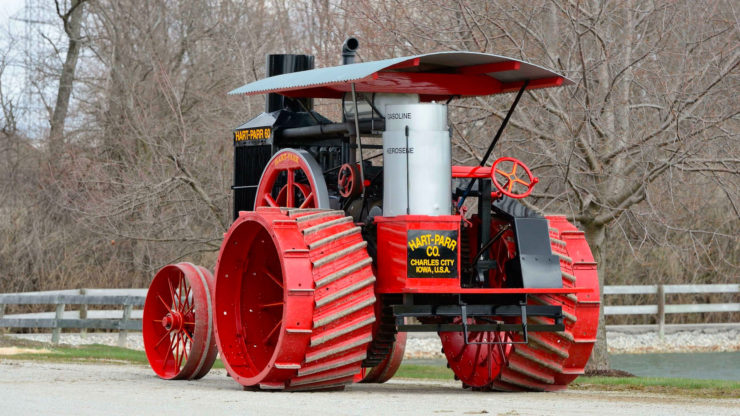 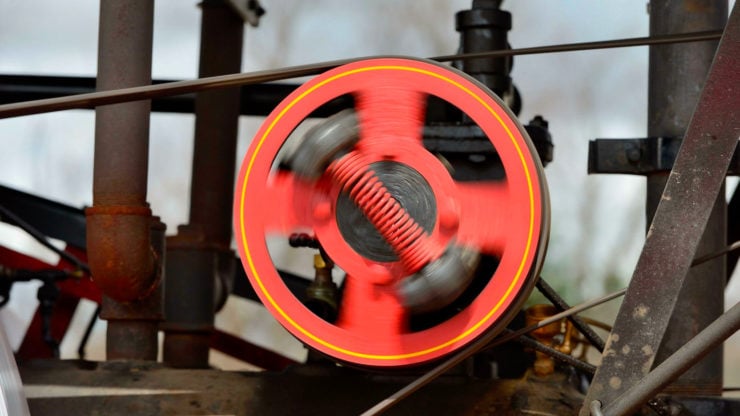 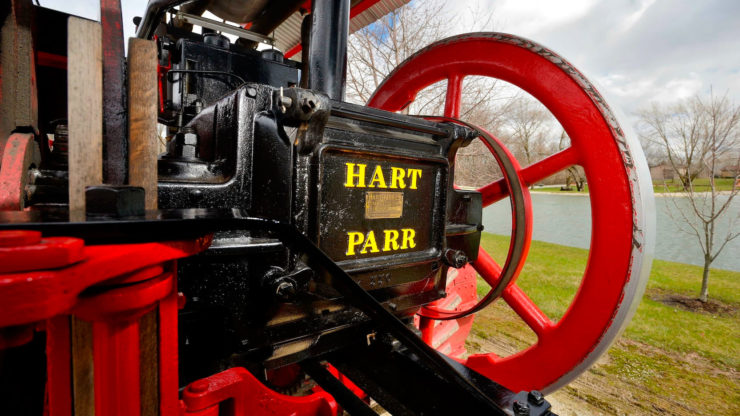 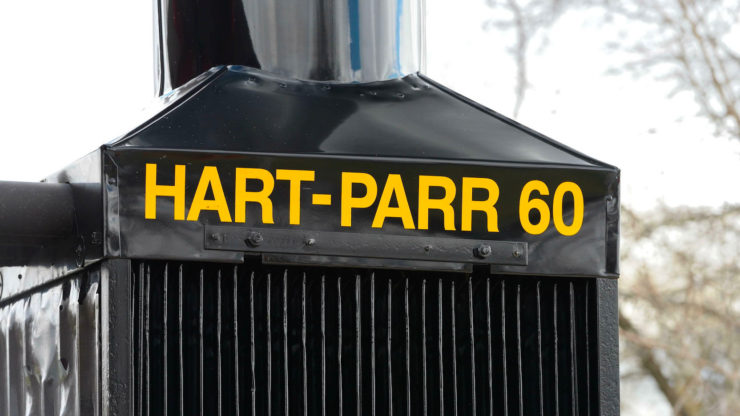 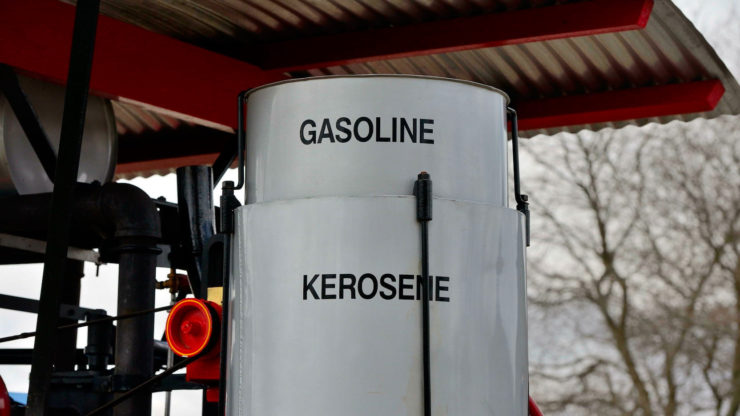 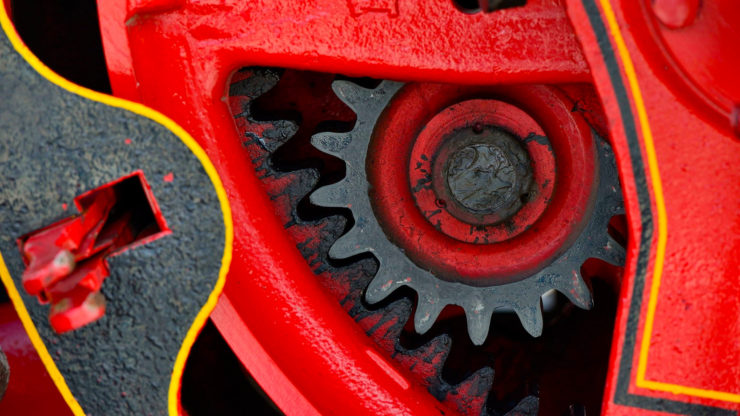 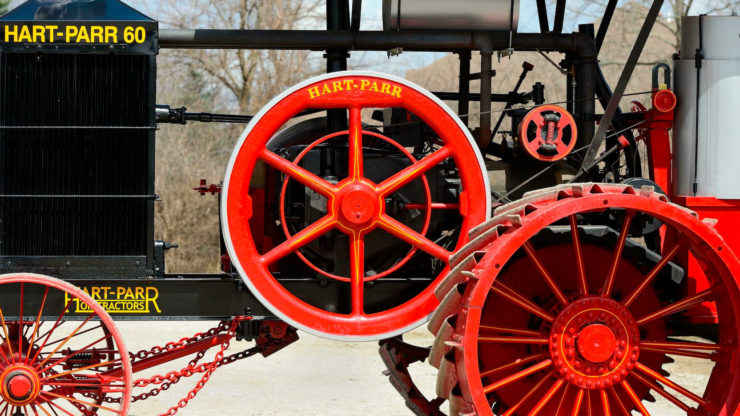 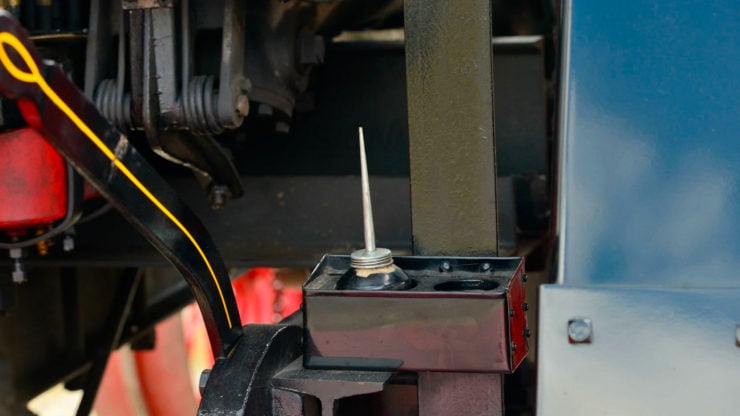 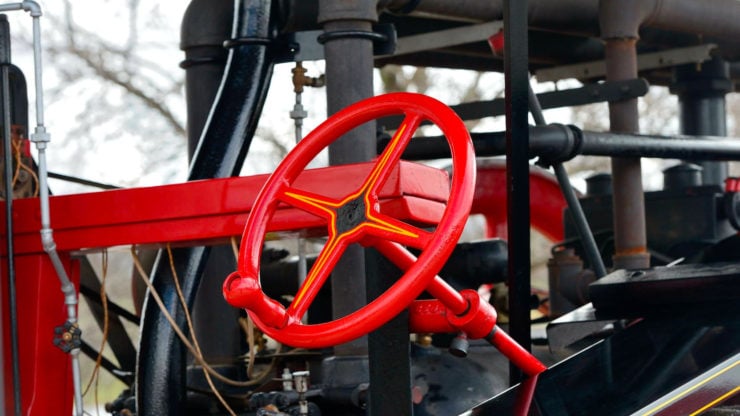 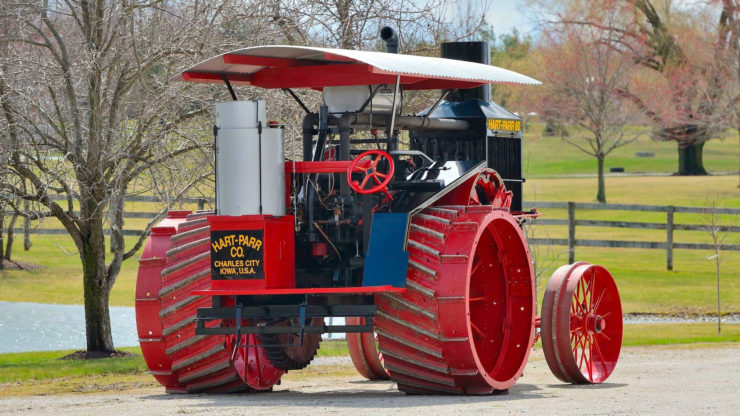 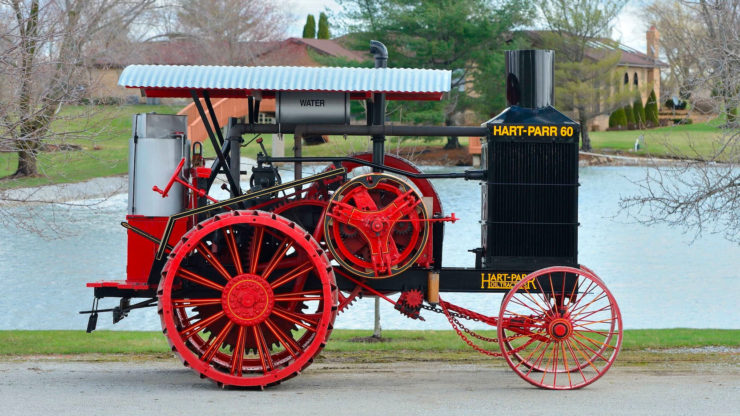