The deBolex dB25 Prototype – The First Of 25 To Be Built 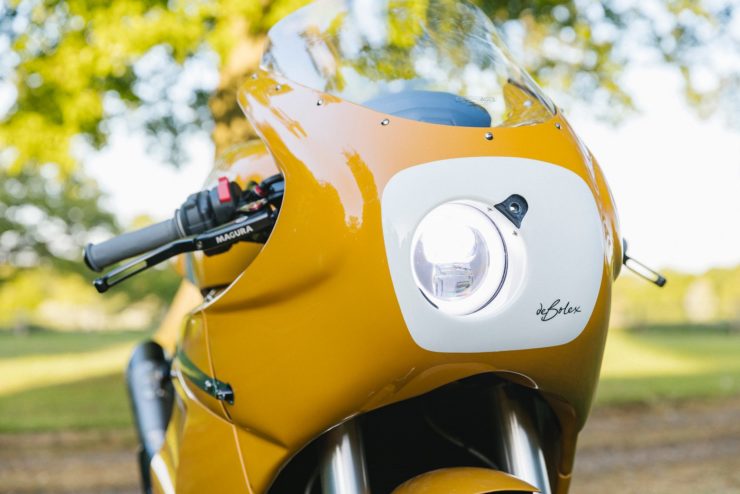 This is the first prototype of the deBolex dB25, a new low-volume production bike from the British custom motorcycle company that will be limited to just 25 examples.

deBolex Engineering was founded 10 years ago, back in 2012, when the modern custom motorcycle scene was far newer and less populated.

The headlight cover can be quickly removed with an Allen key, allowing the bike to be 100% road legal while still looking like a modern interpretation of a classic grand prix motorcycle.

The three man team quickly made a name for themselves for their blend of high-end engineering and aesthetic design ability, resulting in some of the most beautiful custom motorcycles of the past decade.

Each custom from deBolex starts with a full teardown and an examination. They then work to reengineer and redesign the bike into something new that both looks better than the original, and performs better too.

As with essentially all the examples of the Ducati Monster dating back to the first in 1993, the Monster 1200 has a tubular steel trellis frame that uses a Ducati L-twin engine as a stressed member.

From there the specification sheets have varied significantly, the model series is widely credited with inventing the modern naked sport bike genre, and it helped keep Ducati afloat financially in the 1990s.

When it was released in 2013 the Monster 1200 was the quickest production Monster ever made thanks to its 147 bhp four-valve “Testastretta” desmodromic L-twin with a displacement of 1,198cc. 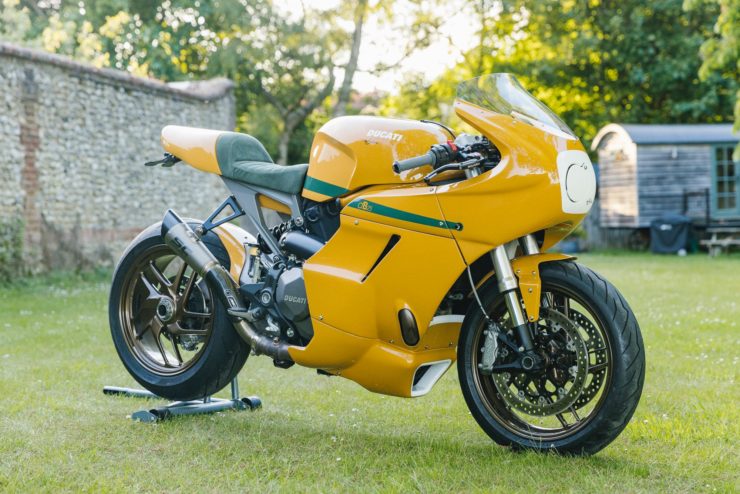 With 147 bhp and 91 ft lb of torque, the Testastretta L-twin offers no shortage of power. It also has four valve Desmodromic heads, in true Ducati style.

The bike weighed in at 187 kgs (412 lbs) dry, and it has a single-sided aluminum swingarm, Ohlins suspension front and back, and dual Brembo M50 Evo radial brakes up front.

The deBolex dB25 was named for the company’s initials “dB” and the planned number of bikes that will be built in the series – 25.

Each bike starts life as a Ducati Monster 1200, a motorcycle regarded as one of the best naked superbikes in the world by many, which is then completely stripped back and rebuilt.

The spec sheet of the Monster 1200 is already impressive, it was quicker than many superbikes when it was first released (and still is now), so the job of making it look and perform better was to be no mean feat.

The team at deBolex started the project by stripping the bike down and examining its construction. They then set about developing a new lightweight CNC aluminium rear subframe. A new lightweight polymer fuel cell was then designed and built. 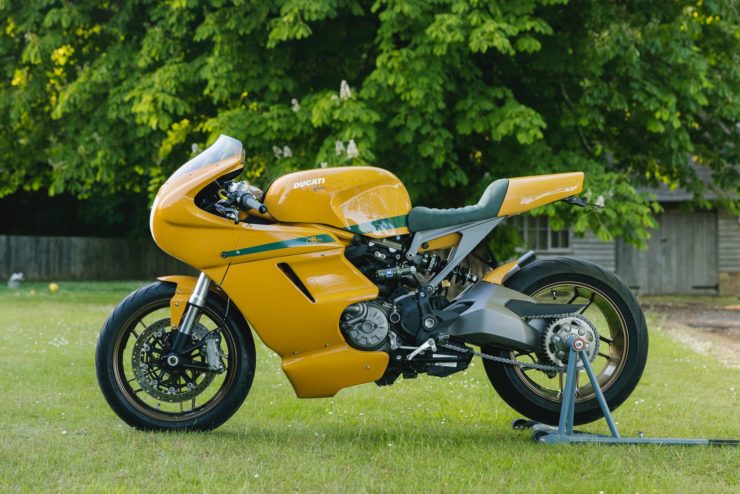 As the first prototype in the series of 25 bikes, this example has a full hand-shaped alloy fairing. The production bikes that follow will have carbon fiber fairings based on the panels from this bike.

The prototype bike was given a carefully designed full fairing that was hand shaped from aluminum alloy using traditional techniques. This new fairing was then used as a template to create moulds for the 24 production bikes to follow, as they would all be fitted with carbon fiber fairings with the same design.

All in all, the new dB25 would be fitted with 21 carbon fiber panels, 60 laser cut sheet metal parts and 22 CNC aluminium components, that’s on top of the aforementioned aluminium subframe and polymer fuel cell.

The completed bike looks like a modern interpretation of the grand prix motorcycles raced by the greats back in the golden age, though due to its specifications the dB25 would likely have little trouble trouncing any of the classic superbikes around a track.

The dB25 prototype is now for sale in a live online auction with Collecting Cars out of London in the UK. If you’d like to read more about it or register to bid you can visit the listing here. 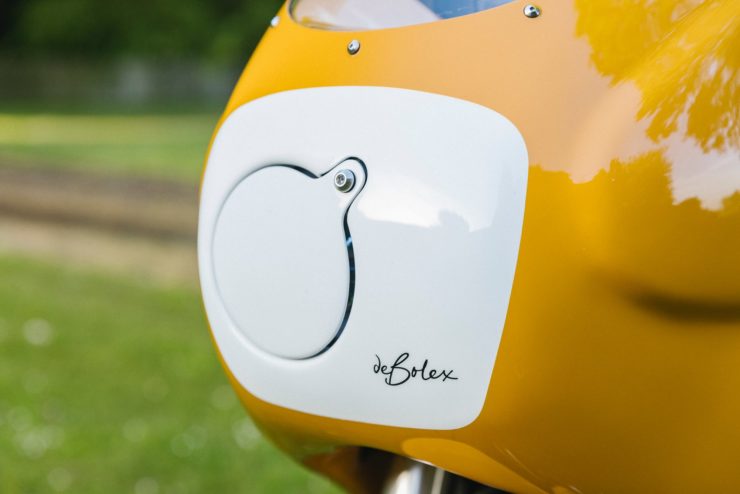 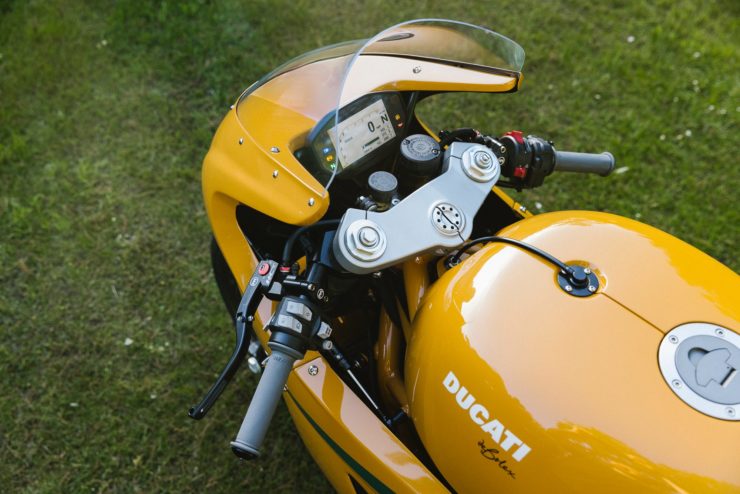 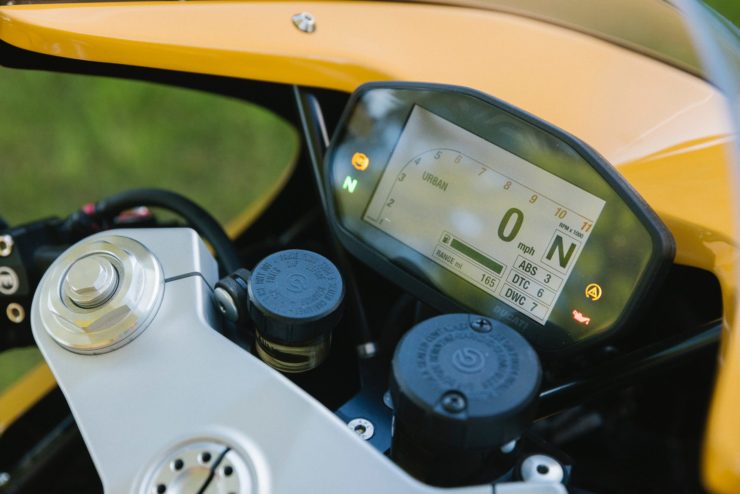 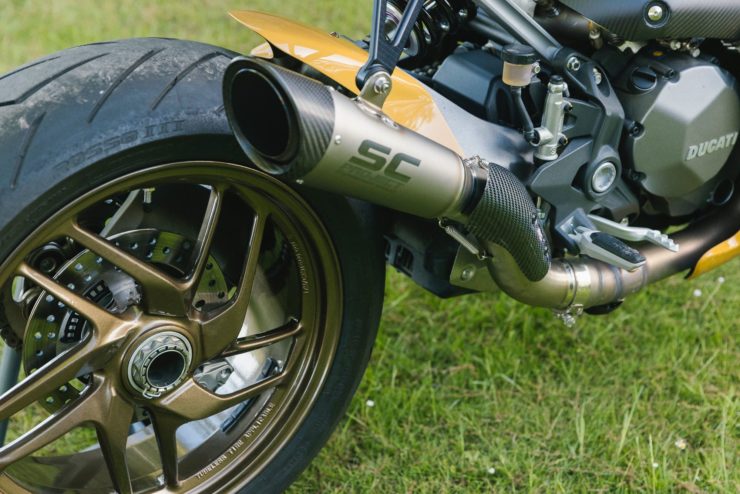 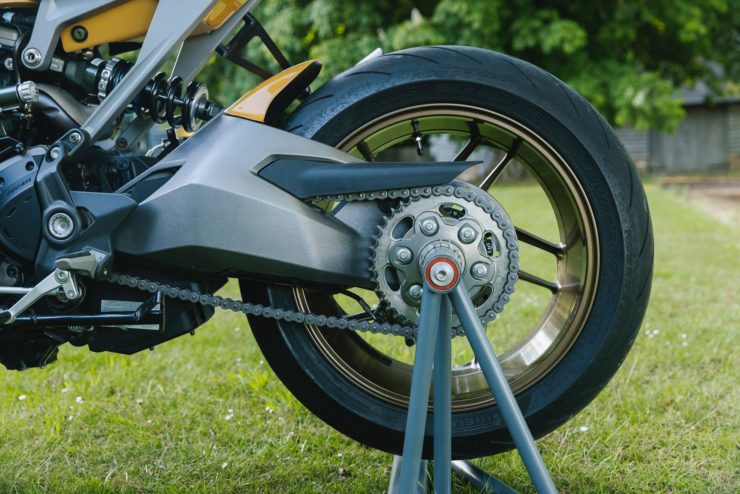 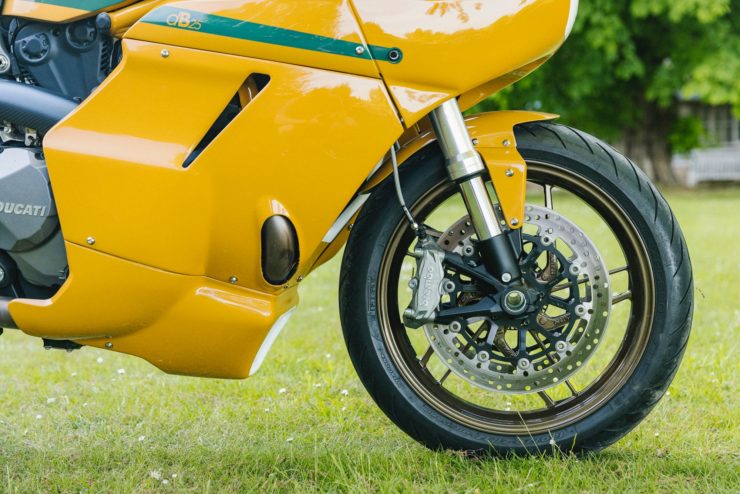 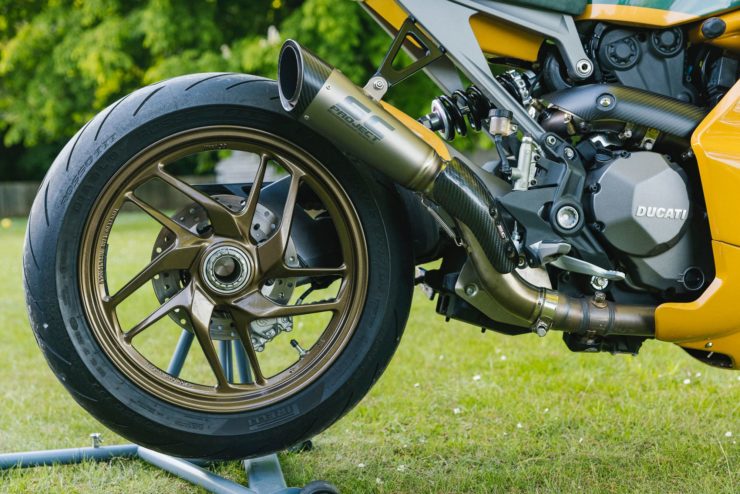 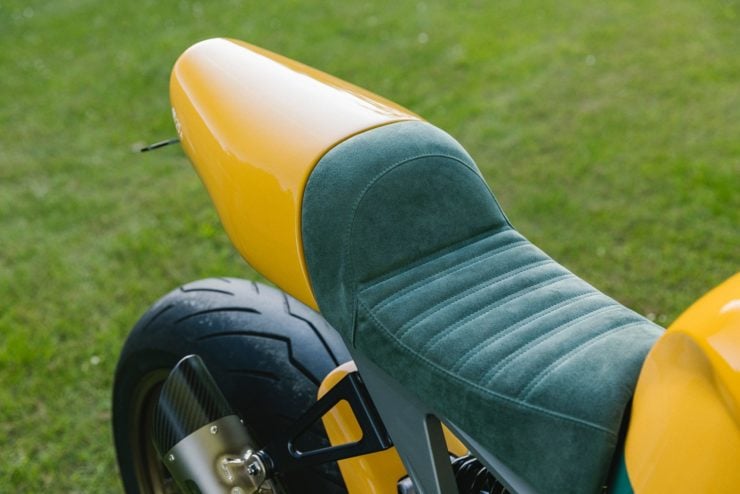 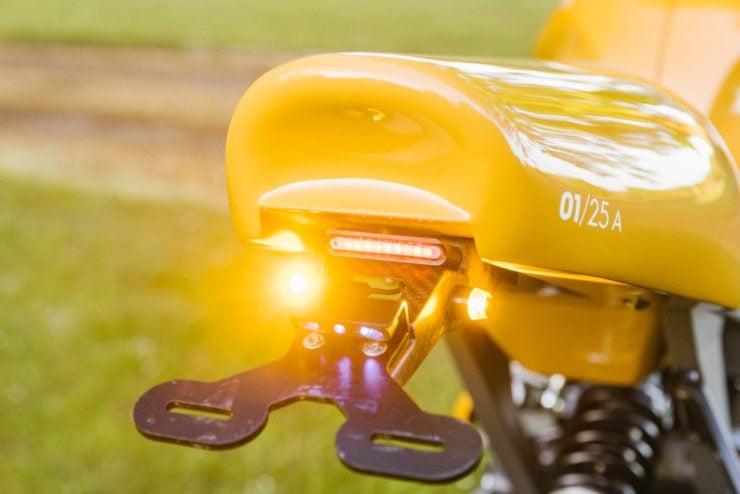 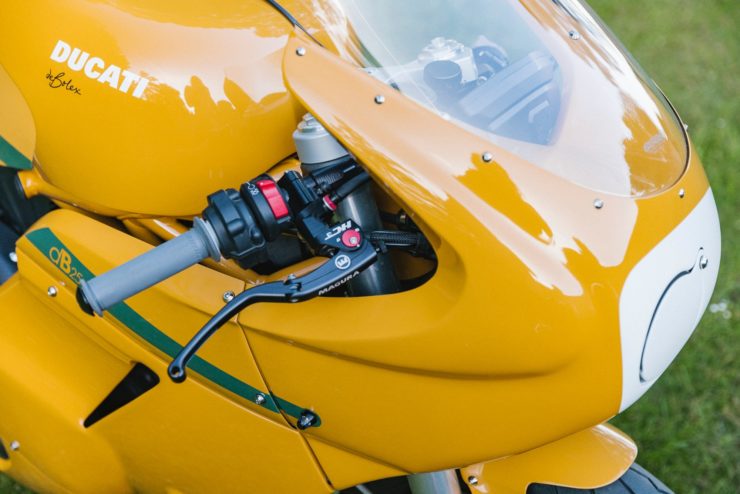 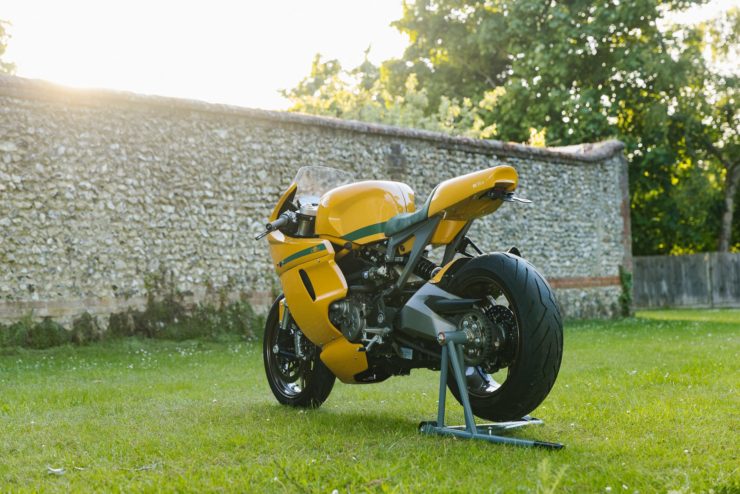 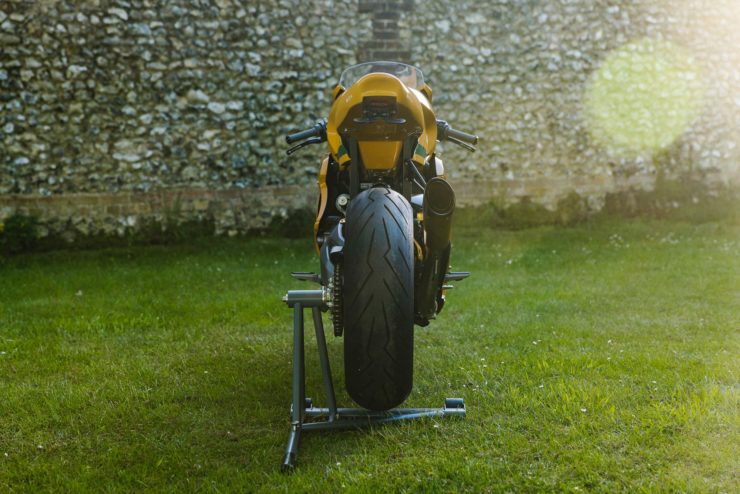 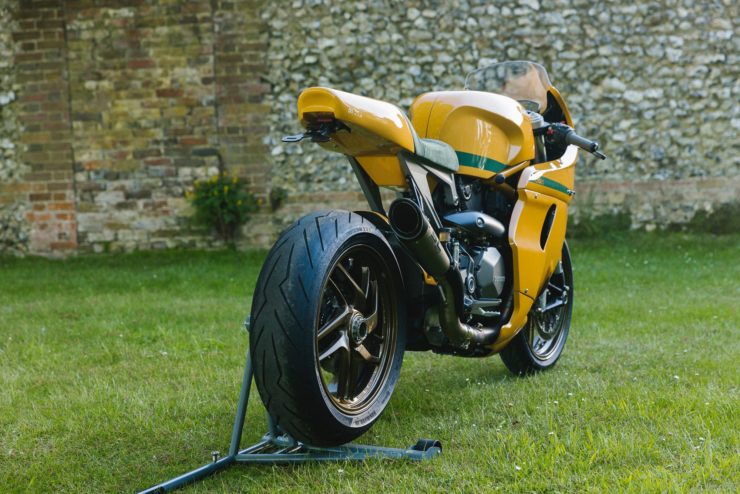 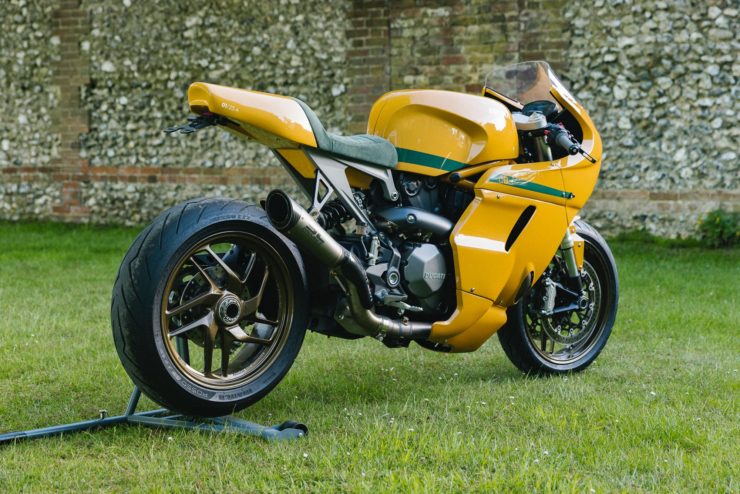 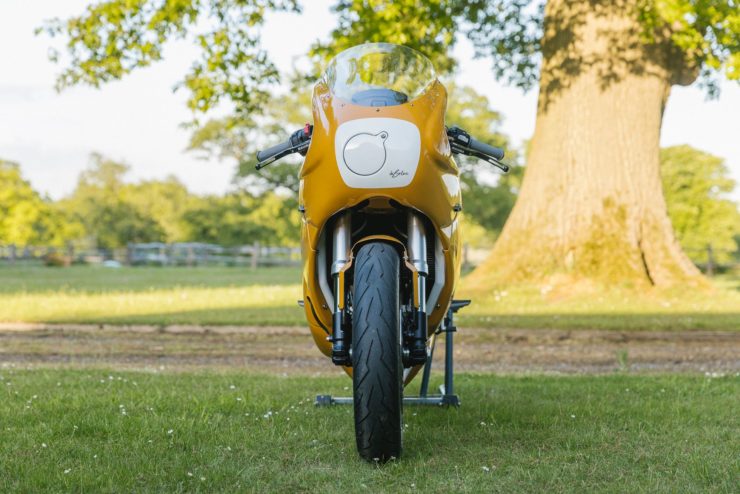 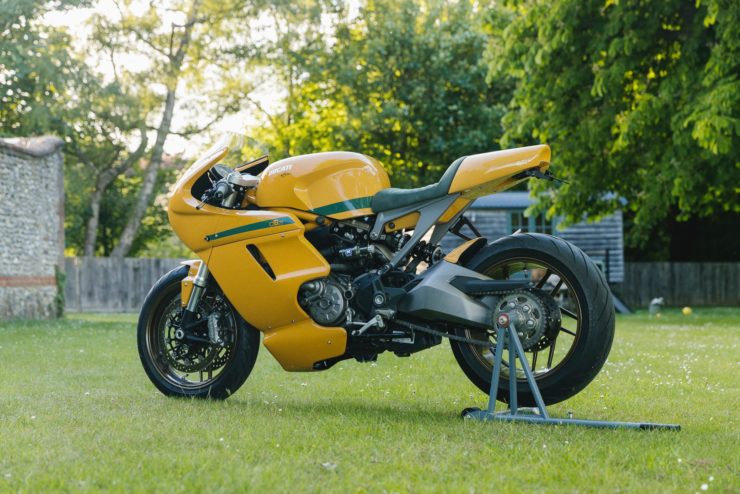