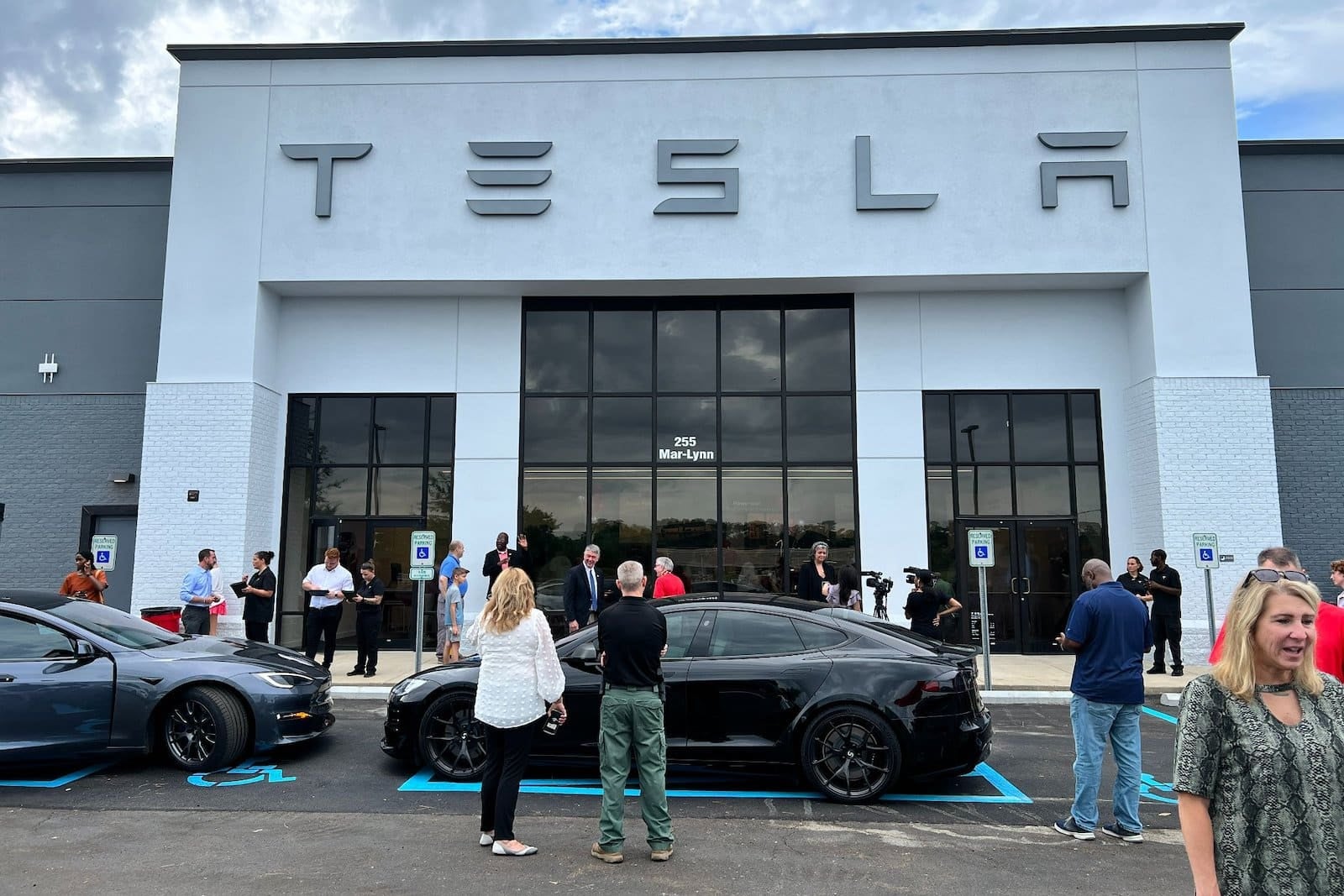 The stock did rebound slightly after hitting a new bottom, but Tesla nonetheless has lost nearly $600 billion in market capitalization during the past two months, with skeptics wondering whether it could fall even further.

To put things into perspective, Tesla has lost market capitalization equal to nearly three Toyota Motor Corps., 10 General Motors and Ford Motor Cos., and seven Volkswagen AGs. Despite the hit to its value, the EV maker is still worth about $566 billion as of mid-morning Wednesday, making it the world’s seventh largest corporation based on market capitalization.

A tsunami of troubles

What’s behind the massive decline is a matter of debate, but a variety of factors appear to be contributing to the sell-off. These include long-running concerns about Tesla quality. The automaker’s stock took a 3% hit earlier this week after announcing the recall of 30,000 Model X SUVs because a defect could cause an airbag malfunction. And 40,000 Model S and X battery-electric vehicles were recalled earlier in the month because they could lose power steering when driving on rough roads. Prior to that, the company recalled 1.1 million vehicles due to a problem with window regulators.

Meanwhile, Tesla slid to 19th among the 24 brands covered by Consumer Reports’ Annual Auto Reliability Report, an owner-based study that has historically had significant impact on buying patterns.

Another study released this month by Kelley Blue Book found that the “consideration” of Tesla products by potential buyers “plummeted” during the third quarter of the year, even as it increased for brands now competing in the EV space.

Tesla sales did grow during the July-September quarter, to 343,830 sedans and SUVs, up from the 254,695 vehicles Tesla delivered during the second quarter. But the latest figure was nearly 8% below the consensus sales forecast of 371,000 Tesla vehicles by industry analysts, based on data collected by FactSet.

But one of the biggest headaches for the automaker may be its CEO. For the past decade, Elon Musk has been the high-profile face of Tesla, with a large fan base that helped transform the company into the overwhelmingly dominant force within the nascent EV market. Musk’s expansive use of social media helped — at least until recently. But he now risks alienating many of his fans, as well as potential Tesla buyers as he serves up increasingly conservative tweets.

It doesn’t help that Musk has also become increasingly distracted by his decision to purchase social media site Twitter — and the challenges that have developed since he completed the takeover.

“I have too much work on my plate, that’s for sure,” Musk said last week during a business conference that was held in concert with the G20 summit in Bali. “I’m working the absolute most that I can work — morning to night, seven days a week.”

On the “right path”? Not everyone is quite as confident

Musk predicted his workload will ultimately ease up as he got Twitter back on “the right path,” but not everyone is so optimistic.

Twitter has become an “albatross” not only for Musk but also for Tesla, warned Dan Ives, a widely followed Wedbush analyst and traditional Tesla bull.

To complete the $44 billion acquisition, Musk sold off more than $15 billion of his Tesla holdings. But he also had to borrow a substantial amount of cash which will require him to come up with about $1 billion in interest payments annually.

And, combined with the turmoil inside Twitter, that has contributed to growing concerns among investors, wrote major Tesla investor Gary Black, noting “This reflects investors’ concern that TWTR’s loss in ad [revenues] will require more capital from @elonmusk.”

But Black also pointed to another issue causing investors to back off from Tesla, “continued uncertainty about China sales and pricing.”

Tesla opened its first overseas factory in late 2019 and the brand quickly came to dominate the market’s booming EV sector. But competitors like BYD and Geely had quickly gained momentum and are putting increased pressure on Tesla to cut prices.

Complicating matters, the Chinese government continues to take aggressive measures to try to bring COVID under control, with some observers concerned that could lead to lockdowns that would again impact the Tesla plant’s operations.

On Wednesday morning, Tesla shares hit a new 52-week low of $166.79, down from a high of $399.93 during the same period. And while it quickly rebounded, shares climbing as high as $181.30, investors soon started pulling back again.

But not everyone is quite so negative. Citigroup’s Itay Michaeli has upgraded his forecast for Tesla stock by $35 and switched his recommendation from “Sell” to “Hold.” But, at $176 a share, Michaeli still expects to see Tesla shares continue to fall a bit before leveling off.

On the whole, Wall Street appears increasingly concerned about Tesla. Few expect to see the rout of the past two months to continue, but even fewer expect to see the automaker’s stock recover its big losses anytime soon.