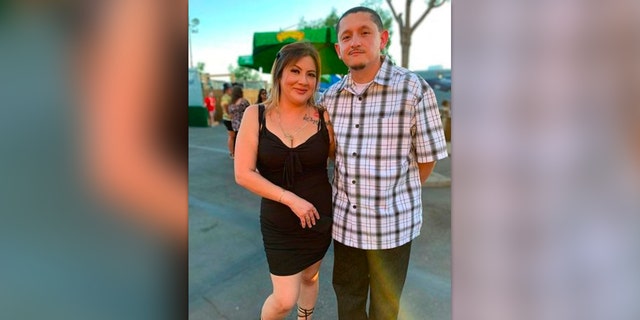 TRUCKEE, Calif. – A California woman and her ex-boyfriend failed to return from a road trip to Reno, Nevada, about 35 miles away from a massive search effort for a missing girl who vanished a day earlier.

They broke up years ago but remained on friendly terms, according to her sister, Alejandra Pantoja, who said it was not unusual for them to go out to dinner or to events even though she’d since begun a new relationship.

Janette Pantoja texted her current boyfriend that she’d be home in 30 minutes around 11 p.m. on Aug. 6, according to her sister.

MISSING KIELY RODNI: A TIMELINE OF THE 16-YEAR-OLD’S DISAPPEARANCE FROM CAMPGROUND PARTY

Thirty minutes passed, and she never arrived. Then he got an alert on his phone that she’d stopped sharing her location, Alejandra Pantoja told Fox News Digital Tuesday.

“She just never communicated anything other than that,” Alejandra Pantoja said. “She’s not like that.”

Yuba City police said the pair’s phones last pinged in Nevada County, California, but a search of the area turned up nothing.

The duo is believed to have been driving Almanza Zavala’s blue 2002 Ford Explorer SUV, according to police, with license plate 4SNS072.

They were headed home from Reno, Nevada, to Yuba City in California. Reno is about 35 miles northwest of the Prosser Family Campground in the Tahoe National Forest, where 16-year-old Kiely Rodni was last seen about 23 hours earlier. Pantoja and Almanza Zavala’s phones last pinged in Penn Valley, another 75 miles to the west.

A spokesperson for the Yuba City Police Department said investigators don’t have any evidence to suggest the cases are connected – but Alejandra Pantoja has taken issue with the massive public search effort for Rodni juxtaposed against her sister’s quieter case.

“I thought police were pretty rude,” she said of a Yuba City detective. “I called them today because I wanted to know about my sister, and they were like we can’t keep in contact with you every day.”

Kiely Rodni was last seen a week ago on Aug. 6 at Prosser Family Campground after midnight.
(findkiely.com)

“They’ve been telling us they were going to send an aerial search and they haven’t done that,” Alejandra Pantoja said of Yuba City. “I just feel like if something happened to them, or if he did something to her, they’re just giving [potential suspects] time to run.”

Rodni vanished from a party involving 200 to 300 juveniles and young adults at the Prosser Family Campground in Tahoe National Forest, according to the Placer County Sheriff’s Office. She was last seen just after midnight on Aug. 6.

A spokesperson for the Nevada County Sheriff’s Office, which is assisting in both investigations, did not immediately return calls seeking comment.

Investigators on Rodni’s case announced Monday that they would be scaling down the search effort after 10 days of extensive searches – involving almost 16,000 man-hours by land, air and boat – found nothing.

Janette Pantoja has shoulder-length hair with dark roots and blonde highlights, according to her sister. She is 5 feet, 2 inches tall and has brown eyes and several tattoos, including one of a red rose and stem on her arm.

Alamanza Zavala is described as having a medium build, dark brown hair and brown eyes.

Anyone with information on Pantoja and Alamanza Zavala’s whereabouts is asked to call Yuba City police at 530-822-4661.

Rodni is described as 5 feet, 7 inches tall and about 118 pounds. She has blonde hair and hazel eyes. She has a tattoo on her ribs of the number “17.” She has a nose ring and several other piercings and was wearing three gold necklaces the night she went missing, according to her friends. She was wearing green Dickies pants, a black studded belt and a black spaghetti-strap bodysuit, according to authorities. She may have been wearing a pink and white hoodie bearing the phrase “ODD FUTURE” or a dark gray hoodie with Lana Del Rey lyrics.

Anyone with information on Rodni’s whereabouts is asked to call the Placer County Sheriff’s Office’s dedicated tip line at 530-581-6320.

Michael Ruiz is a reporter for Fox News Digital. Story tips can be sent to [email protected] and on Twitter: @mikerreports