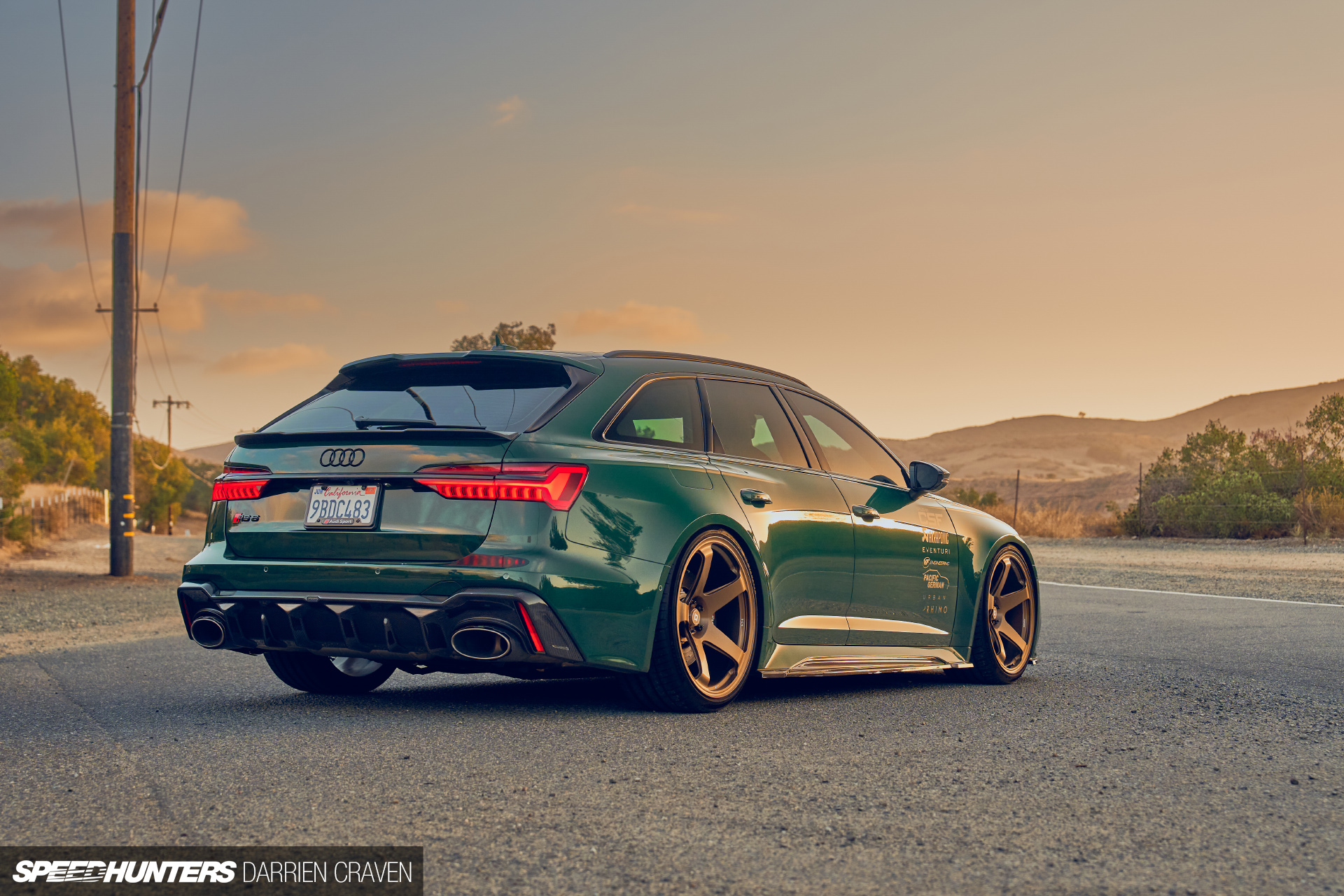 Social media is among the deadliest time assassins. Its next greatest rival would be those ‘it will only take a second’ jobs we embark on, knowing damn certain they will take much longer than a second.

Typically, I pride myself on sidestepping most social media arguments. When I see something I don’t like I keep scrolling, or better still, I put my phone down and move on to whatever I should actually be doing.  However, I do have my trigger topics, and about a month ago a friend of mine said something I simply couldn’t let stand: ‘Wagons are the worst form of any vehicle’.

I tried to write him off as just another crazy Floridan, but shockingly several people from across the globe co-signed this blasphemy with digital upward-pointing thumbs and animated hearts. Worse still, they added their own sacrilegious comments about wagons too.

Having sworn off daily drivers with trunks nearly a decade ago, this entire line of thinking sat ill with me. Are wagons the worst? Impossible.

In terms of practicality, I can’t see how wagons are not the ideal union of function and form. A wagon allows you to have your cake, eat it, and carry the table on which you dined. And all this without demanding you ride necessarily high above the ground in a truck, or one of the many SUV blobs currently roaming the roads.

OK, perhaps I am being a little harsh towards SUVs, considering we just featured a rather tidy one. But the beauty of Speedhunters being a collective of authors is that we can present opinions both for and against nearly any automotive topic.

So, to answer the question Rick posed in his recent article, my opinion on modern performance SUV offerings is that as long as wagons exist they will remain redundant.

We North Americans are entirely too good at accumulating large items. Hobbies require sticks, bats and pads. Jobs demand tools, suitcases, displays and changes of clothes. Kids? Well, kids need all of the above and more. If you’re looking for a vehicle that can run the line of fun and is purposeful, a wagon is hard to beat. Just ask Paddy; he opted for a wagon over a hatch simply because he needed more space. If all goes to plan, I will one day follow his lead.

The rest of the Speedhunters? I can only assume that they’ll all eventually see the trunk-less light too.

Cool wagons are far from a new concept. Volvo 850s are legendary – especially in BTCC trim – and General Motors boasts noteworthy examples in both their current and back catalogues, including the formidable Cadillac CTS-V. BMW has some heavies in their new model quiver too, while the E30 Touring and 540is are noteworthy classics.

Currently, perhaps the best-looking wagons on the road are those produced by Audi. That includes the feature of the day, an Audi C8 RS6 Avant.

From the factory, this wagon features a twin-turbo 4.0L V8 that puts down just shy of 600 horsepower and 600ft-lb of torque. The RS6 Avant is definitely no slouch, and it looks mighty fine thanks to a sporty roofline and an unobnoxious ride height.

Ravi Dolwani is no stranger to making the cool, cooler, both literally and figuratively. As the owner of CSF Radiators, every car he owns ends up with at least a few CSF products installed alongside the latest and greatest from other tuning houses.

This project is more of the same, but Ravi approached it with some level of restraint as his family very recently grew in size with the addition of his firstborn son. So with that consideration, Ravi has managed to modify this car reasonable enough to remain useful for family errands, yet captivating enough not to seem out of place at the SEMA Show, where it was displayed earlier in the month.

Ravi started with a stellar colour. Goodwood Green Pearl brings out the aggressive lines of the RS6’s design in an elegant manner. Outside of a deck lip spoiler, all of the C8’s visual modifications are present from the belt line down. The carbon fibre front bumper apron, side skill extensions and rear diffuser are all care of Urban Automotive.

Audi aficionados in the US will have surely noticed the headlights and taillights, both oh-so-desirable Euro-spec items.

Audi’s dynamic suspension sees an altitude adjustment thanks to a lowering module from CETE. Ravi admits that it feels a bit “boaty” at times due to its size, but the power under the hood and all-wheel drive help make up for the somewhat sedate driving feel in comparison to his BMW M5. To bridge the gap between this car and his M5, he’s also added ABT front and rear sway bars.

Just a few years ago, 22-inch wheels would have never been mentioned in a practical context, but in this instance the deuce-deuces look appropriately sized for the generous 196.7-inch-long wagon.

The bronze wheels are Titan 7 TC-5 models in 22×10-inch all around. They’re +10 offset square, but Ravi has added 3mm spacers in the front and 5mm spacers in the rear to bring them out just a hair. Michelin provides the 285/30R22 Pilot Sport 4S tires.

In classic VAG owner OEM+ fashion, modifications in the cockpit are rather subtle. Anything that could be wrapped in leather is, and what couldn’t be is swathed in Alcantara.

The attention to detail exists right down to the RS Design package seat belts that match the stitching in the seats, dash, door panels and the flat-bottom steering wheel. The latter is another Euro-spec item that Ravi has added, as is the Alcantara headliner and cup holder cover.

The details don’t stop there, though.

While the piano black center console is a factory fitment, the matching front and rear ceiling grab handles are not; these are Audi OEM items from the S8. And as much as I’ve been poking fun at SUVs, the Lamborghini Urus has come through with the assist here via billet shift paddles.

One of Ravi’s favourite upgrades is the radar/laser jammer system, which is neatly integrated both with sensors in the front and rear bumpers and the main control unit/display inside the cabin next to the rear-view mirror.

Ravi dipped into his own parts booklet under the hood, fitting the Audi with a CSF High Performance Twin Intercooler kit. Eventuri offered up a carbon fiber engine cover and intake system for the car, and Akrapovič provided the stainless steel down and link-pipes along with the titanium exhaust system.

With a VF Engineering tune in play the RS6 performs better than it looks, and it looks pretty damn good.

I don’t mean just for a wagon either. This car is stunning and – again in my opinion – a far more appealing option than any performance SUV.

I know the line between wagon and SUV can be blurred with the right modifications, but I maintain wagons are better. This is my hill and I’ve chosen to die on it; won’t you join me?