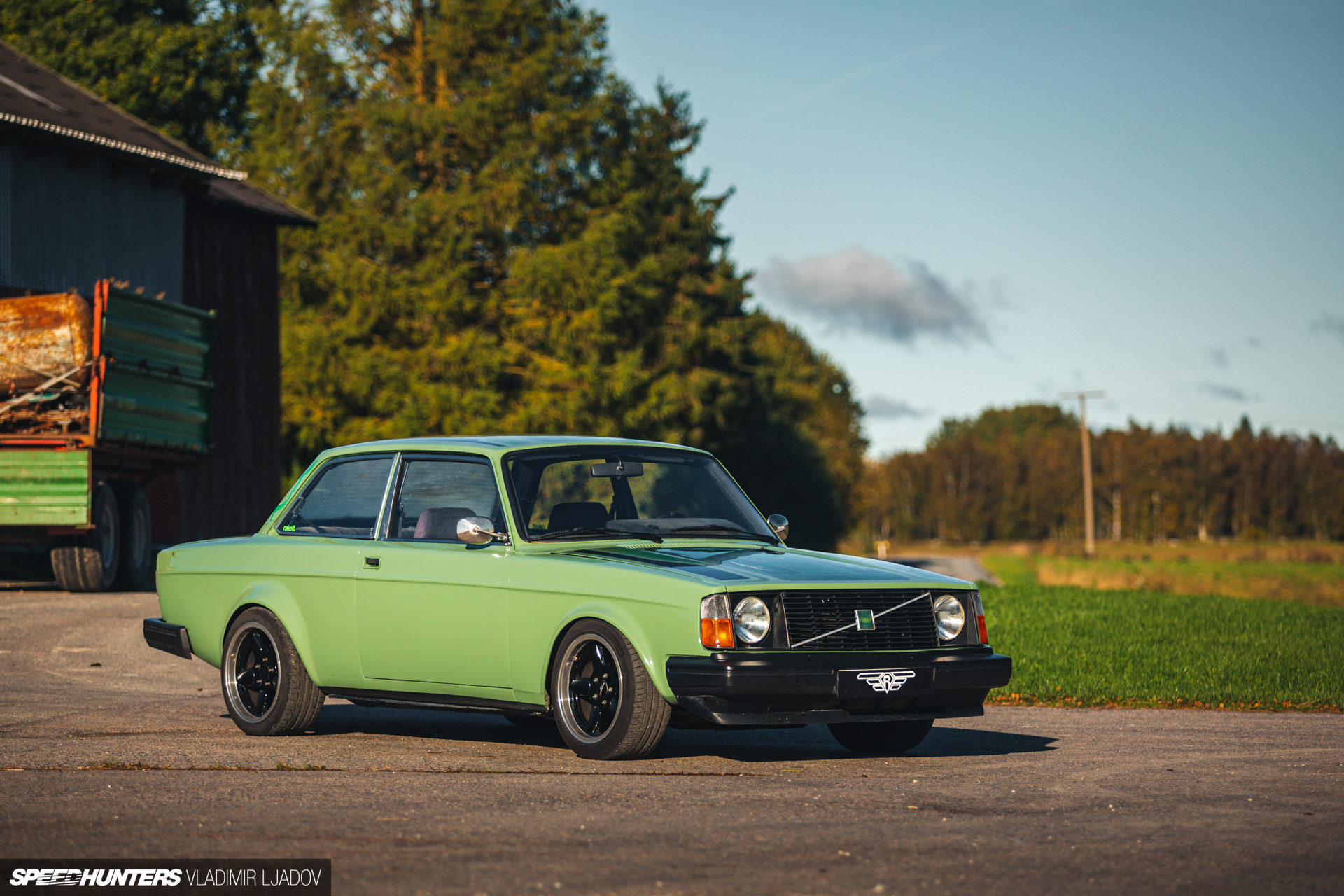 Every time an old Volvo pops up on Speedhunters, you know it’s going to be a banger. My latest contribution to the ‘SH Prancing Moose Club’ definitely continues that trend.

This 1974 Volvo 242, owned and built by Kaido Jõema in Estonia, was purchased in 2016 as a rolling body in less-than-desirable condition. Kaido’s dream was to build something fast.

The difference between this car and the majority of other old Volvos that we’ve featured in the past is its engine. Instead of a cross-manufacturer swap, Kaido has built up a B230 – one of the four-cylinder engines that Volvo specified for this model – to see how far he could push the block. With the help of forged pistons and H-beam connecting rods, the answer is quite far.

Kaido started by upgrading the engine’s original 530 cylinder head to a high performance 531 head – an item with holy grail stature in the Volvo modifying world. Further to this, an S/T4 camshaft from Swedish tuner KL Racing and upgraded valve springs were fitted.

It’s all in aid of the real power-making aspect of the engine build – a big Holset HX40 turbocharger. The turbo system features a custom manifold, custom intercooler and a 4-inch down-pipe that directs spent gasses to a custom exhaust. On the other side, a KL Racing custom intake manifold mounts an electronic Bosch throttle body and dual injector rails to supply the motor’s large thirst for E85 fuel. Tuned through a MaxxECU engine management system, the package delivers a solid 442hp and 550Nm to the wheels.

To hold and effectively transfer this power to the Volvo’s back tires, Kaido completely reworked the drivetrain using a variety of mostly modified-to-fit BMW components. The gearbox is a 5-speed ZF unit connected to a Tenaci clutch and a billet flywheel, the driveshaft is from an E46 (3 Series), and the rear axle is from a bigger E39 (5 Series). The differential itself came from an even bigger BMW E65 (7 Series). The important thing is that it all works – and well.

As I mentioned at the beginning, Kaido wanted the Volvo to be fast, but he also wanted it to be able to handle at speed and in a variety of scenarios, from the street to the track and, most often, the drag strip. To that end, the front suspension now features HSD DualTech coilovers with TXR Performance camber plates and a steering kit, while the rear end benefits from custom control arms and Strange Engineering adjustable coilovers.

The BMW connection continues with the wheels – AC Schnitzer Type 1s, measuring in at 17×8.5-inches front and rear.

When Kaido purchased the Volvo it had been repainted dark blue, but seeing as he’s well versed in car painting, someone else’s work was never going to cut it. The ‘custom’ tail lights had to go too.

The 242 was originally green, and although no codes exist for the exact color, stripping out the interior revealed some original paint that Kaido was able to match from. Before the restorative bodywork and painting commenced, custom widened fenders were fabricated at all four corners.

Taking the paintwork one step further is custom pin-striping around the car, again, all Kaido’s own work. He even doubled down and customized his helmet.

Inside, the Volvo is pretty raw, just as you’d expect in a car that spends a lot of its time chasing quicker ETs. There’s custom bead-rolled door panels (yes, Kaido made these too), a deep-dish Sabelt steering wheel, custom gear and handbrake levers, a couple of additional gauges and not much else. The front seats are one of my favorite details – just try finding a pair of original Lancia Delta Recaros!

Old project cars are often a learning curve, and this very cool Volvo – aptly named ‘Rakett’ (Estonian for ‘rocket’) – certainly has been for Kaido. From engine work to fabrication, and from painting to pin-striping, this talented Estonian has done it all, and is now reaping the rewards of his efforts from behind the wheel.