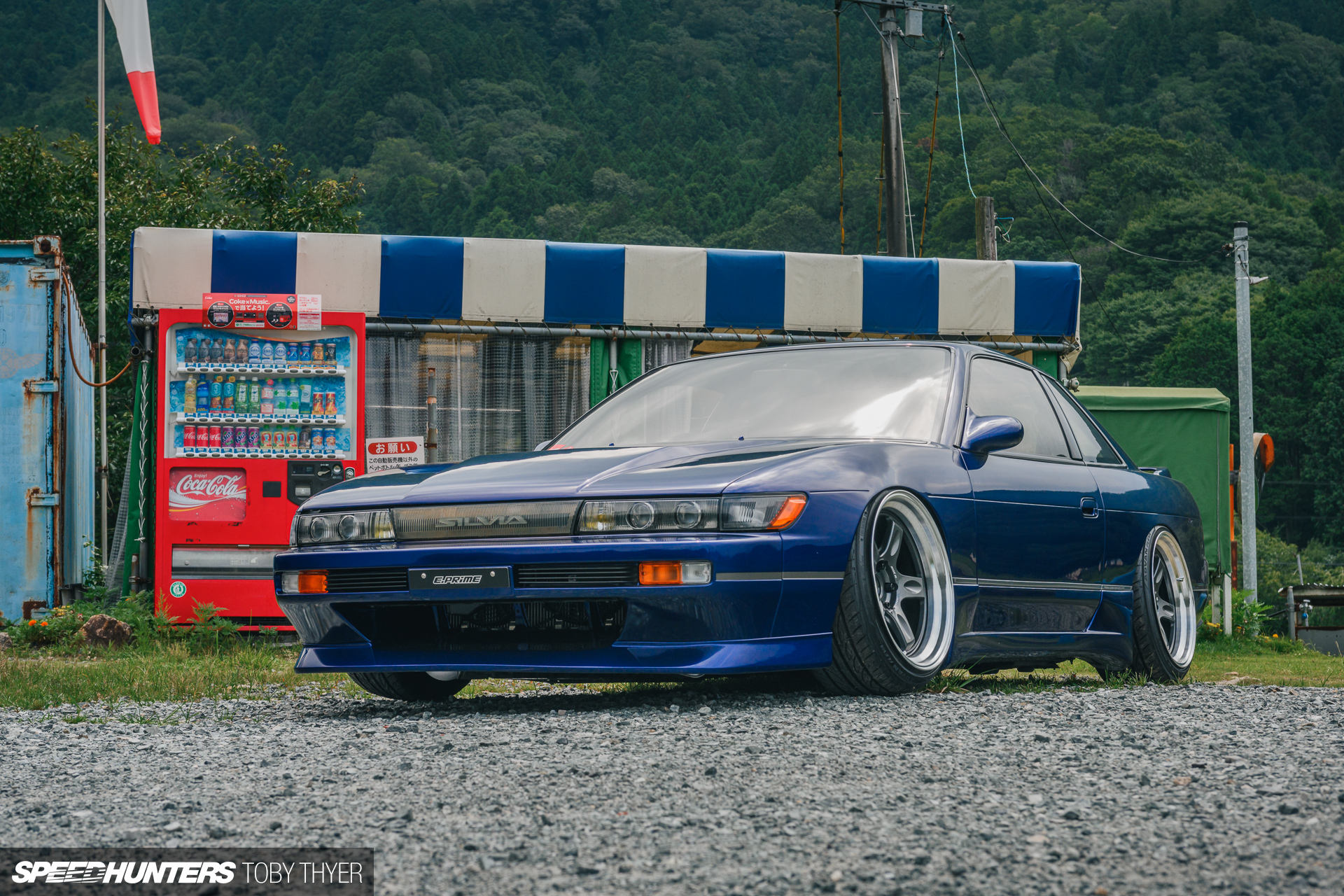 And now for something completely different…

OK, maybe not completely different in the grand scheme of things, we’ve seen plenty of custom Silvias here on Speedhunters after all, but this S13 restomod is the polar opposite of what you might expect to see come out of the Total Create E.Prime garage.

It’s no secret that the Toyota AE86 (and AE85) platform is where Eiji Daito‘s heart is, but too much of the same thing might just sap all his inspiration. That’s why Daito-san doesn’t restrict himself to only building one type of car in his Hiroshima-based shop.

Looking at this build, it’s hard to believe the S13 is 34 years old now. I guess good design ages well.

In a refreshing break from the wide-body norm, the classic lines of this particular Silvia have been retained, with all the tasty OEM options like front and rear spoilers, plus extras like East Bear side mirrors added. It’s just right.

The paint is the same violet blue Daito-san’s used on AE86 Levin, a Subaru Legacy colour.

In keeping with the retro theme, Volk Racing 21C wheels – RAYS’ modern re-imagination of the classic Volk Racing GR-C – fit the bill perfectly. The forged wheels with stepped lips measure 18×10.5-inch all around and are fitted with Yokohama Advan Fleva V701 tyres.

Not only does Daito-san have great taste in wheels and colour choice, but he also knows when to be wild and when to keep things subtle. Sure, he could have fabricated +50mm wide-body fenders and fitted an oversized rear wing to the Silvia, but then what would he drive to a date night with his wife or to a friend’s wedding, or any other event where grown ups might be present?

Just like his AE85 Trueno build which features a 3S-GE BEAMS engine, Daito-san has upgraded the Silvia while retaining Nissan family ties. Nestled between two beautifully crafted fender tubs, the S13 now runs a Skyline powertrain, specifically a 2.5L RB25DE NEO engine from an R34 and an R32 5-speed gearbox. Considering the little Silvia weighs around 200kg less than the donor R34, it’s a very nice hand-me-down indeed. A few select modifications to the naturally aspirated, DOHC 24-valve inline-six make it even better.

Those include a polished Trust intake plenum with a Z33 throttle body and a custom bellmouth. Daito-san also made the gorgeous stainless steel header, the exhaust, the wiring harness and even fuel lines to achieve an ultra-clean installation. An RB26 valve cover finishes things off in the smoothed and wire-tucked bay.

One of the key features of the S13 Silvia when new was its organic, wraparound dash – a far cry from the angular lines found in the interiors of other cars from the late 1980s. Unfortunately though, the interior finish was still very… Japanese, with hard plastics that creaked and rattled like an old lady on a skateboard.

As the S13’s interior received the least amount of love from Nissan, Daito-san knew something needed to be done about this particular aspect of the car in order to elevate it into the quality restomod realm. And what better way to start than with a very special set of seats.

This collaboration between Bride and famous Japanese jeans manufacturer Betty Smith, resulted in a unique product release around five years ago. The seats themselves were limited edition and are long since discontinued, but they fit the tone of this build so well that Daito-san had the rear bench sent off to be reupholstered in matching Betty Smith denim with orange stitching.

The latter is a detail also carried over to the cabin’s custom cool grey Alcantara trim, which can be found on everything from the door cards to the entire dash and centre console.

While some might say that Daito-san’s Toyota AE85 and AE86 creations are his best builds – and yes, they totally kick ass – I think this Silvia could be the pinnacle of his talents as a fabricator and tuner, and his all round cool-car-building abilities.

There are still a couple more cars from my trip down to E.Prime to come, so watch this space…