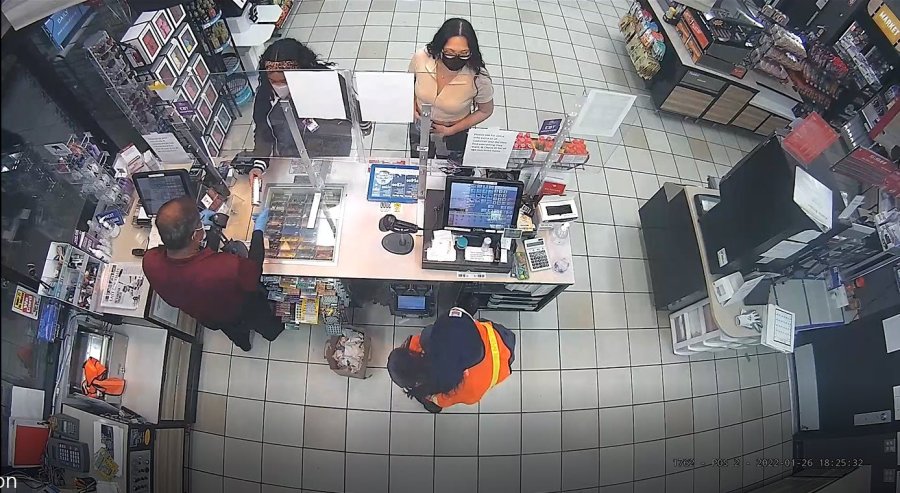 ANTIOCH, Calif. (KRON) — The family of Alexis Gabe, a missing Oakley woman who police believe was murdered by her ex-boyfriend, released a timeline Wednesday starting with Gabe’s final phone call.

Gabe’s family said Antioch Police Department Det. John Cox provided them with the following timeline that was re-constructed through a joint law enforcement investigation. Gabe’s body has never been found, but East Bay police found “no signs of life” indicating that she may still be alive.

Her ex-boyfriend, 27-year-old Marshall Curtis Jones, was fatally shot by police in June when officers attempted to arrest him on murder charges.

6 p.m. Alexis Gabe, 24, of Oakley, talked with her friend over Facetime while Gabe was in her Infiniti sedan.

6:29 p.m. Gabe left the Chevron and drove to Antioch. She passed several surveillance cameras between Chevron and Marshall Jones’ house.

6:37 p.m. Gabe arrived at Jones’ house on Benttree Way in Antioch and turned the engine of her Infiniti off. Her phone continued to be on and active in this area.

9:20 p.m. Jones’ cellphone logged the last “lift to wake.” (iPhones log every time the phone lights up from sensing motion. So police believe Jones was not actually holding or using his phone for the vast majority of the phone call).

9:23 p.m. Gabe’s Infiniti turned on and began moving. Her cellphone also moved along with the Infinity’s GPS. The Infinity passed several surveillance cameras showing its movements. The Infinity made several turns down several streets before it turned onto Trenton Street, where it was parked. Historical data from the Infiniti’s GPS shows Gabe always drove a specific way to Antioch and a specific way back to her home. There were no deviations from the route until this trip, which was not the way Gabe usually drove from Antioch to Oakley.

9:35 p.m. The Infinity turned off. Seconds later, the driver exited the vehicle and walked northbound on Neroly Road. No other person exited the car. Gabe’s cellphone record showed her phone moving along with the person who exited the car.

9:39 p.m. The driver (who is now on foot) passes surveillance cameras at Oakley Road and Beldin Lane.

9:43 p.m. Gabe’s phone stopped transmitting data and was presumably turned off. Her phone records showed her phone moved along the same path as the driver until the moment it was turned off.

10:37 p.m. The driver is captured on surveillance video at Slatten Ranch Shopping Center. He walked along a footpath behind the shopping center.

8:15 a.m. Gabe’s mother, Rowena, called Jones to ask if he saw Gabe the day before. Jones tells Rowena that her daughter was at his house the previous night. Rowena then sent a text message to Jones asking what time she left his house. Jones responded saying Gabe left around 9 a.m.

4:15 p.m. Gabe’s family finds her Infiniti abandoned on Trenton Lane. The doors were closed and unlocked. The keys were left in the ignition and the engine was off.

5:07 p.m. The Oakley Police Department contacts Jones and he admits that Gabe was at his house the previous night. He claims she left around 9 p.m. and likely went over to her friend’s house. Police discovered that the friend was out of town and Gabe would have been aware that she was not home.

11:41 a.m., Oakley Police Department detectives were canvassing Bentree Way when they saw Jones. He gave conditional consent to let them search his home as long as they did not enter the master bedroom and a spare bedroom. Jones allowed police to take his phone for a forensic download. Jones left and likely went back to work to retrieve his Ford Explorer. There was no probably cause at that moment that a crime had occurred, and Jones was not arrested.

1:21 p.m. Jones arrived at his mother’s house. He backed his vehicle into the driveway and unloaded several large, heavy garbage bags into the backyard or garage. Jones retrieved his phone from OPD and returned to his mother’s house. Jones and his mother went to a Metro PCS store together and bought a new phone for Jones.

5:03 p.m. Jones loaded the large garbage bags back into the Ford Explorer while his mother, Alicia Colman Clark, was hosting a karaoke party at her house.

7:11 p.m., Jones left his sister’s house. He had both of his phones with him but he powered both phones off.

12:43 a.m. Jones turned his phones back on and was in the area of Highway 160 and Highway 12. He traveled to Antioch and arrived at his mother’s house at 1 a.m.

2:41 a.m. Jones returned to his sister’s house in Vacaville.

Jones called out sick for work and left his boss a voicemail saying he had something to take care of.

Jones’ sister kicked him out of her home. Jones was seen on surveillance video carrying an extended firearm magazine.

Jones stayed at his mother’s house again and was seen with a firearm.

Jones flew from California to Washington and stayed at his father’s house.

APD and OPD executed a search warrant at Jones’ sister’s house in Vacaville. The hand-written directions to Pioneer were seized and investigators immediately went to Pioneer to search for a body. Multiple land, air, and water searches were conducted using K-9 units, Contra Costa County and Amador County search and rescue teams, divers, FBI agents, and sonar specialists. Cadaver dogs were unable to pick up on a scent.

The OPD obtained a search warrant to drain an 8-million-gallon pond of water after finding suspicious anomalies through sonar and cadaver dog searches around the lake. Even after draining the lake, nothing was located.

Jones’ mother, Alicia Coleman Clark, was arrested by the OPD on suspicion of aiding and abetting. The Contra Costa County District Attorney, however, declined to file any charges, and Clark was released from jail.

5:45 p.m. Jones was fatally shot by the Pacific Northwest Violent Offenders Task Force after he lunged at officers with a knife in Kent, Washington.

10 p.m. Oakley Police Chief Paul Beard went to the Gabe family’s residence to inform than about what happened to Jones.

At the news conference, Gabe’s father, Gwyn Gabe, told reporters, “What happened to Marshall was tragic and unexpected. He was our daughter’s first love. They were together for three years. He became part of our family. We had no idea he was capable of doing something like this to her.”

Investigators suspect that when Jones turned off his phones on January 28, he may have traveled to Pioneer to hide her body in a remote area.

After Jones was killed, one of his friends came forward to police and revealed a chilling phone conversation they had two weeks before Alexis Gabe vanished.

The friend thought Jones was joking about wanting to kill his ex-girlfriend, according to Antioch police.

Alexis Gabe and Jones broke off their romantic relationship in November of 2021, but still saw each other “from time to time,” according to the District Attorney’s Office.