Abandoned History: The Life and Times of Edsel, a Ford Alternative by Ford (Part X) 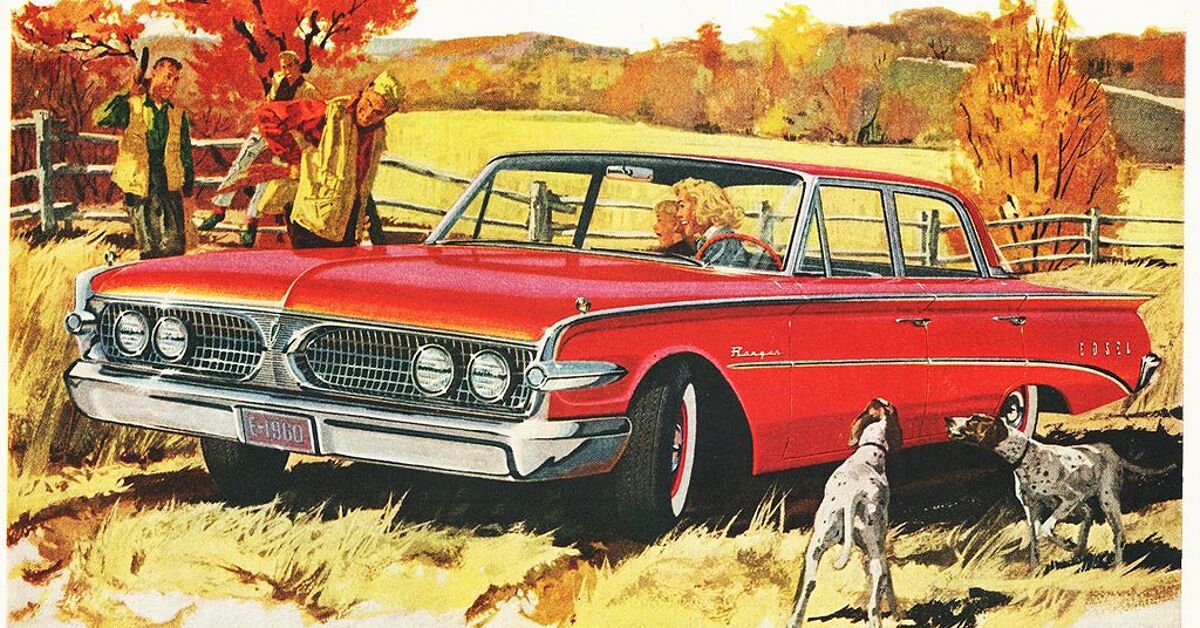 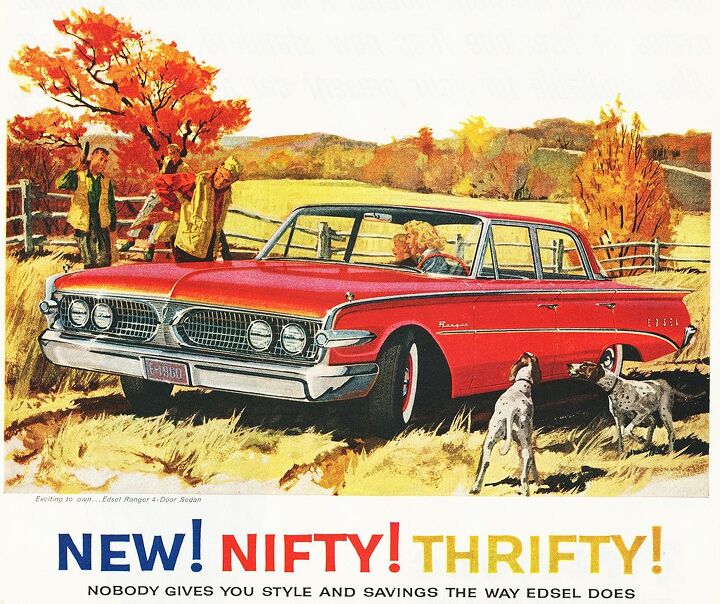 It’s time for more Abandoned History, where the topic is Edsel and the year is 1960. It was to be the final outing of the Ranger, and the last year of Edsel as an entity. The Ranger had an interesting journey over its short three-year tenure and served as Edsel’s entry-level car in 1958, its mid-level sedan in 1959, and finally as its only sedan offering for 1960. Each of those years saw different styling appear on the Ranger, as Ford tried desperately to save the Edsel brand after its disastrous debut outing in 1958. Even though the Ranger was new in 1958 and heavily revised in 1959, it was all-new in 1960.

We covered the mechanical details of the 1960 Ranger in our last entry, as it migrated to a platform with the Ford Fairlane and the new upmarket Fairlane-based Galaxie. A strong indicator that Edsel was on its last legs was Ranger’s new Ford styling. Unlike the 1958 and 1959s that wore extra strength and regular strength Edsel styling respectively, the 1960 did away with Edsel-specific content almost entirely.

Most notably, the unloved horse-collar grille vanished from the front fascia and was replaced by a much more restrained split grille. It was separated into two sections by a curved piece of chrome trim, which connected with upper and lower chrome bars to outline the front clip. Quad headlamps were retained from the prior year, but the grille pattern changed from a horizontal slats design to a vertically-oriented egg crate look.

Since the horse-collar grille was gone, there was no longer a need for a split bumper. Instead, the Ranger used a standard Fairlane bumper. At the corner of the front fenders there were new rocket-like chrome details that held the turn indicators. Once more, an Edsel hood ornament appeared at both corners and continued a marker detail established with the 1959 Ranger.

The revised details meant the Ranger’s front end was equally as chromed as it was in 1959, but it had no particular Edselness about it aside from the requisite emblems and hood ornaments. The Ranger’s side profile was the same as the Fairlane and included a single downswept piece of chrome trim that started aft the front wheel and terminated near the rear bumper.

It was possible to argue that chrome trim was a unique Edsel feature, as it did not appear on the Ford siblings in exactly the same way; more on that in a moment. Other than the strip of chrome and a Ranger badge, there were no further Edsel details on the Ranger’s side profile. All scalloping and two-tone of the previous two years vanished.

At the rear, the 1960 Ranger shared almost nothing with the 1959. The Fairlane’s fin tapered down into the corner of the vertically-oriented and ovoid brake lamps, seemingly placed in the middle of nowhere. Rear fenders wrapped over to meet the trunk lid and had quad bulges that grew stronger as they led to outline the rear lamps.

The shape of the brake lamps was mirrored in the reversing lights, located further inward. Along with the lightly revised Fairlane chrome bumper, there was simple Edsel block lettering. Ranger’s rear end was more plain looking than either the Fairlane or Galaxie, which shared a more rocket-inspired rear-end design. It had half-moon-shaped tail lamps in double (low trim) or quad (high trim) arrangements. Interestingly, the rear fender fin of the Ford models curved inward and horizontally and looked more like an Edsel than the Ranger did.

Inside, the 1960 Ranger reflected none of the prior versions’ individuality. The Edsel-specific dash with the dome-shaped speedo and unusual button configuration was no more. In its place, there was a standard Fairlane dash.

To try and give some sense of difference, the Edsel had a spear-shaped piece of trim around its instruments, while the Fairlane’s was a combination of circles and ovals. The Ranger also had a differently shaped spear on its door panels than the Fairlane. And that was it.

Looking at the Fairlane, Fairlane 500, Galaxie, and Ranger, it’s evident how thinly Ford was slicing its “these are different models” pie in 1960. The Ranger had about the same amount of trim as a Fairlane 500 and was slightly more flashy than the base Fairlane which often had dog dish wheel covers. All three had less trim than the Galaxie, which sported a chrome trim spear along its side that would not have been out of place on a ‘59 Edsel.

And with its new higher pricing Edsel debuted a new ad slogan, “New! Nifty! Thrifty!” Even though the Ranger was still overpriced and carried less Edsel-specific content than ever before. The ‘60 model Ranger entered production on September 14, 1959, a month before the 1960 Edsel line was revealed (October 15th). Rangers remained in production for just over two months in total: Edsel assembly ended on November 19, 1959, the day Ford announced the Edsel marque was discontinued.

With its incredibly short production timeline, only 2,571 Rangers were produced. Of that figure, the most common version was again the cheapest, the four-door sedan. 1,288 of those were made, while the second most popular model was the two-door sedan (777 copies). The two-door hardtop that was never especially popular sold 295 units, while the expensive four-door hardtop managed only 135 sales. A very rare car, only 76 examples of the single-year Ranger convertible were produced.

However, today there are more than 76 Ranger convertibles in existence because many have been counterfeited and passed off as the real thing. Because it only required trim and rear fender changes, it is an easy retrofit to turn a Ford Sunliner convertible into a Ranger convertible. Often the only way to tell is to check the VIN for the correct production number or to measure the Edsel-specific 120-inch wheelbase.

The Ranger was one of two Edsel models that made it through all three years of production, even though it was a rocky road. Next up in this series is the two-year middling model of the sedan range, the Corsair. Until then.

Become a TTAC insider. Get the latest news, features, TTAC takes, and everything else that gets to The Truth About Cars first by  subscribing to our newsletter.