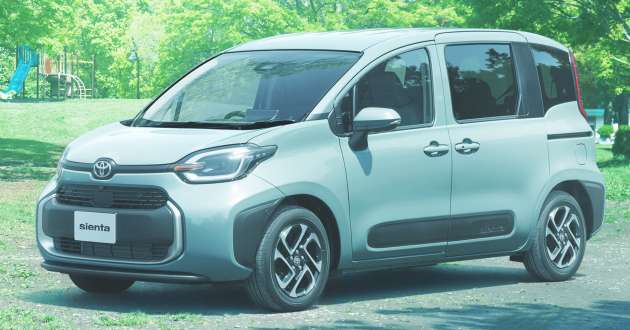 Toyota has officially unveiled the all-new Sienta, which replaces the second-generation model that was first unveiled in 2015. Now built on the GA-B version of the Toyota New Global Architecture (TNGA), the small MPV will primarily be sold in Japan in five- and seven-seat configurations, the latter featuring three rows of seats in a 2-3-2 layout.

Despite the new platform, the latest Sienta retains nearly the same dimensions as its predecessor, measuring in at 4,260 mm long, 1,695 mm wide and with a wheelbase that spans 2,750 mm. One key difference is the vehicle’s height, which now peaks at 1,715 mm, or 20 mm more than the previous model.

The higher roofline contributes to a 20 mm increase in cabin height, with other interior space improvements being a maximum of 1,000 mm (+80 mm) of class-leading front/rear couple distance for better second-row comfort.

Ingress and egress are also improved thanks to revised power-sliding doors, which now have an opening height of 1,200 mm (+60 mm). The stepless flat floor and low floor height of 330 mm (350 mm for all-wheel drive models) are unchanged from the outgoing model. 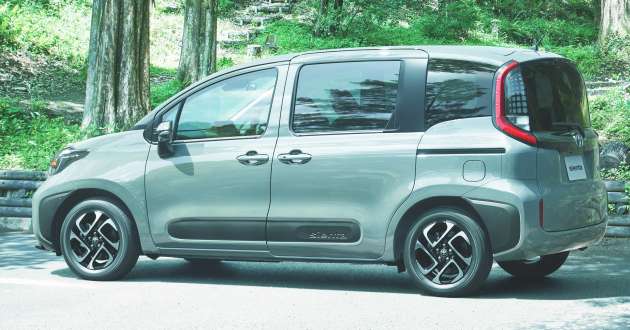 These revisions are packaged in a body that is styled to be more utilitarian and less “organic” compared to the second-gen model. The headlamps are more squarish in shape and now bridged by a black trim piece running through the Toyota logo, although they still come with a trailing end that extends into the fenders like before.

Elsewhere, the large lower intake of the previous model is now angular in shape and prominently sports a black bar that appears to be there to provide protection in case of unintentional taps with the environment. In fact, the corners of the bumpers and the bottom half of the doors all feature the same black trim that remind us of the Airbumps on the early Citroen C4 Cactus.

Toyota also notes that the new Sienta’s lower horizontal beltline allows for larger windows that promote better visibility. The window line above the rails for the powered rear doors is also revised for a more substantial rear quarter window so third-row passengers have a better view out.

Additionally, the window line now ends at the taillights, which are now vertical units that are much larger and mounted higher up the corners of the body. This also sees a new tailgate, which is said to have an increased opening height by 15 mm. The carmaker says a bicycle with 27-inch tyres can be loaded without the handlebars getting stuck in the opening, and the luggage space height is up 50 mm by changing the tilt-down structure of the second-row seats. 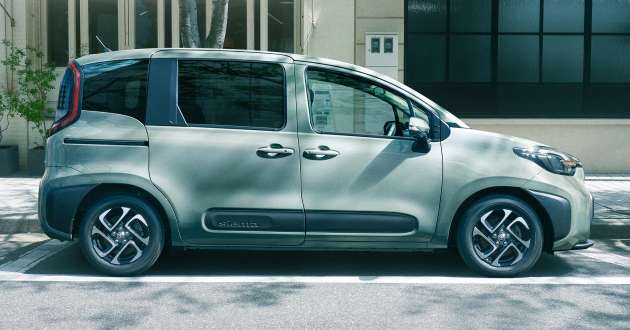 Inside, the third-gen Sienta features a redesigned dashboard layout that keeps to the utilitarian theme. Gone are the quirky lines of the previous model, replaced with a horizontally arranged design that emphasises practicality with touches such as a shelf section ahead of the front passenger.

There’s also an additional cupholder on the floating centre console – the previous car only had corner cupholders. Like the second-gen model, there’s now floor-mounted console, so you still get a passthrough to the second row from the front.

The third cupholder takes up the spot where the air-conditioning controls used to reside, which are now positioned together with a larger display just above the symmetrical air vents. Other displays include a seven-inch digital instrument cluster (4.2-inch multi-info display in lesser grades) and a 10.5-inch Display Audio Plus touchscreen infotainment system (8-inch Display Audio in lesser grades), the latter supports T-Connect connected services.

As for quality-of-life improvements, Toyota offers windows with UV- and IR-block functions as part of the optional Comfort Package, manual sunshades for second-row seats, a ceiling air circulator and fabric seat covers with deodorising and water/oil-repellent treatment for those who ferry messy children or adults. 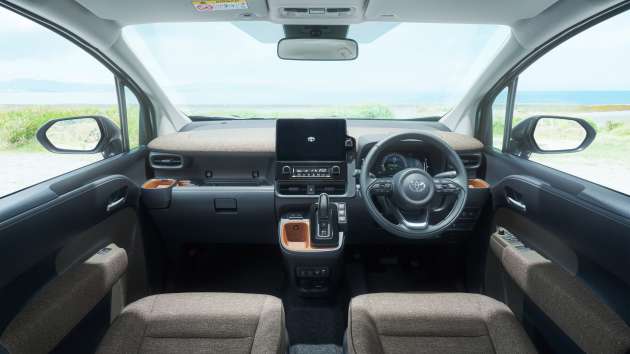 In terms of the mechanicals, the Sienta continues to feature MacPherson struts at the front and a rear torsion beam, although the improved rigidity of the TNGA platform and the use of high-damping structural adhesive allows for improved ride quality, comfort and handling.

Powertrain-wise, the MPV is offered with a M15A-FKS 1.5 litre naturally-aspirated four-cylinder petrol unit from the Dynamic Force family that is also used by the European Yaris. Producing 120 PS (118 hp) at 6,600 rpm and 145 Nm of torque from 4,800 to 5,200 rpm, the mill drives the front wheels via a Direct Shift-CVT and its best fuel economy rating is 18.4 km/l following the WTLC standard. 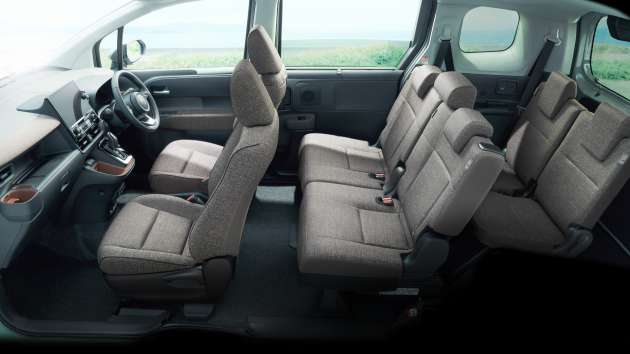 The hybrid version can also be had in E-Four guise, which adds a rear electric motor rated at just 3 PS (2.95 hp or 2.2 kW) and 44 Nm for all-wheel drive to provide better traction on slippery roads. Models with the E-Four system have the higher floor height of 350 mm as mentioned earlier. 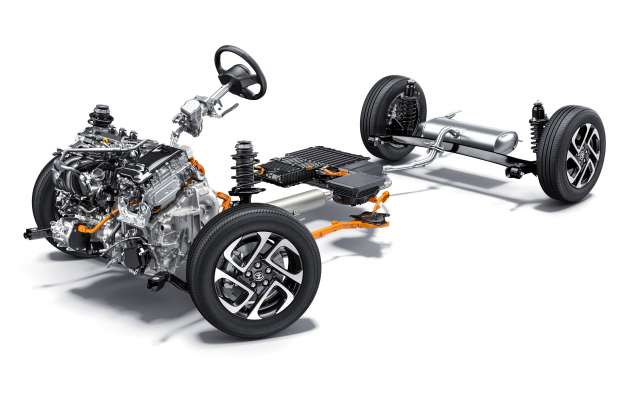 If you want the hybrid with the E-Four system, the starting price is 2.578 million yen (RM84,196) and rises all the way to 3.108 million yen (RM101,505). The Sienta is also offered as a Welcab model to cater to those with disabilities and are confined to a wheelchair.

The Welcab version can be had with four or five seats, with the third row omitted to make room for a wheelchair and optional ramp. There’s also a Friendmatic version of the Welcab model that reduces the steering operation force by about half that of the base model so wheelchair users can drive the vehicle themselves. Additional driving assist devices can be retrofitted to meet customer needs. Welcab models range from 2.13 to 2.87 million yen (RM69,556 to RM93,721) in price.

The second-gen Sienta was a model that was offered in Malaysia before, launched back in August 2016. The MPV would later be updated in March 2018, but we never got the facelift that was revealed in November 2018, and the model would later be dropped from the local line-up. With the third-gen Sienta revealed, are you hoping for the MPV to make a return here?