Best record laps on the Nurburgring 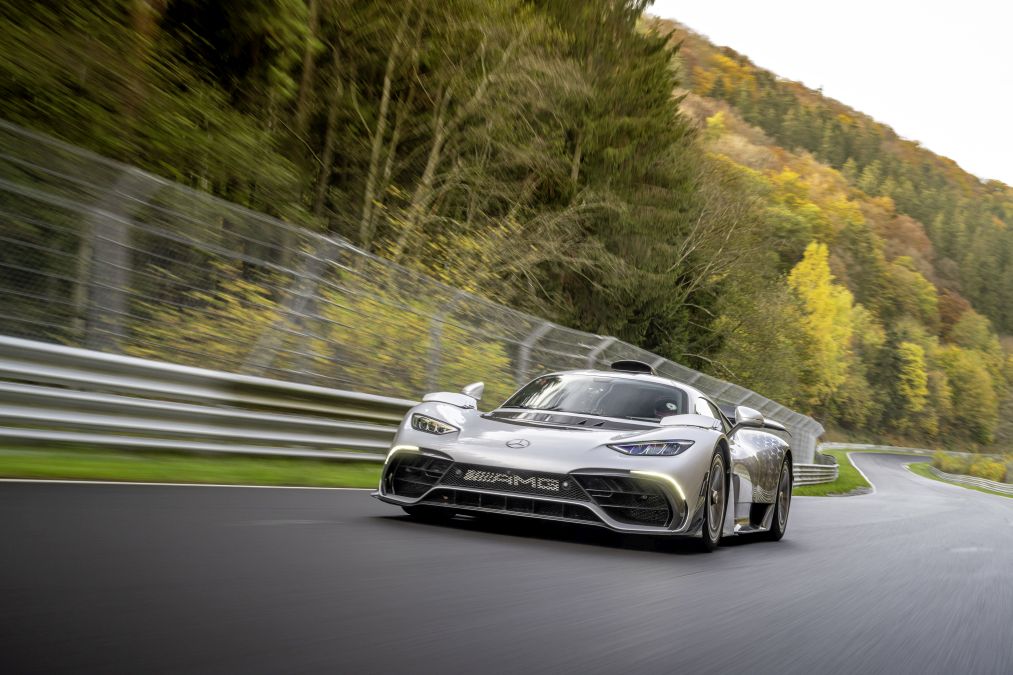 The Nurburgring is timed with two versions of fast laps: one over a total distance of 20.832 metres and one 200 metres shorter for safety reasons, the version used by the German Sport Auto magazine.

Below we present the all time ranking of the fastest laps. There are only 12 cars that managed to get under 7 minutes on the Nurburgring. Of these, seven are Porsches, two Mercedes and three Lamborghinis. Of the 12 models that have managed to get under 7 minutes, 10 are with conventional engines. Only the Mercedes-AMG One and the Porsche 918 Spyder (10th place) have Plug-In Hybrid powertrains.

First Ferrari in this ranking is the 488 Pista with a time just over 7 minutes (13th place). The first McLaren is just 18th. It is the McLaren 720S. The fastest BMW is the M4 CSL with a better time than the Ferrari Enzo and the BMW M3 Touring holds the record for the fastest station wagon at the Nurburgring with 7:35.060 minutes.

The fastest electric car is the Tesla Model S Plaid with 7:30.909 minutes. The record for the fastest front-wheel drive car is held by the Renault Megane RS Trophy-R with 7:40.100 minutes achieved in April 2017.

It should also be noted that in case of Porsche, Lamborghini and Mercedes models that all hold sub-7 minute records, all record attempts were made with the support of the factory and with a factory or racing driver, while somne of the Ferrari or McLaren models had Sport Auto magazine editors at the wheel.
Missing from this ranking are famous models such as the McLaren P1 and F1 as well as the LaFerrari and Ferrari SF90 Stradale.

The record for a non-road legal car is held by the Porsche 919 Hybrid Evo with 5:19.546 minutes with Timo Bernhard at the wheel