When the Morgan Aero 8 was introduced at the Geneva International Motor Show in 2000 by Charles Morgan the world sat up and took notice. For the first time since 1964 Britain’s most traditional car company was unveiling an all new vehicle, and they were calling it a supercar.

The classic Morgan steel chassis with its ash wood body frame and hand formed alloy body panels had been replaced by a state-of-the-art pre-formed bonded aluminum chassis, it was powered by a 4.4 liter BMW V8 engine producing 286 bhp and it was capable of 160 mph (257 km/h).

Morgan was founded in 1910 by Henry Frederick Stanley Morgan in England to produce his designs for lightweight three-wheeled cars. By the outbreak of WWI in 1914 Morgan had built and sold almost 1,000 vehicles and the company had made a name for itself by winning a slew of races and endurance events.

Above Video: This was the first hot lap set by the Aero 8 on Top Gear, it gives you a good idea of just how quick this car is, despite the unceremonious reverse ending to the lap.

Early Morgan cars were all three-wheelers with two wheels at the front and one at the back. This was due to the fact that three-wheeled vehicles were classed as “cyclecars” in England at the time, and thus they avoided the taxes associated with more traditional four-wheeled automobiles.

Demand for these three-wheels cyclecars began to fade after the introduction of small, affordable cars like the Austin 7 and the Model T Ford. As a result Morgan developed their first four-wheeled automobile and offered it for sale starting in 1936, they called it the 4/4 as it had a four-cylinder engine and four wheels.

This car would shape the future of the company, it was followed by the +4 and a slew of other models that all used some variation of its styling cues – a trend that continues unabated today with Morgan’s production cars, almost 90 years later.

The order books for Morgan are almost always full, waiting times can stretch from 18 months into the years, and the brand remains one of Britain’s best-loved automakers. Despite all of this it became clear to Morgan’s decision makers in the late 1990s that something new was needed to launch the company into the new millennium. 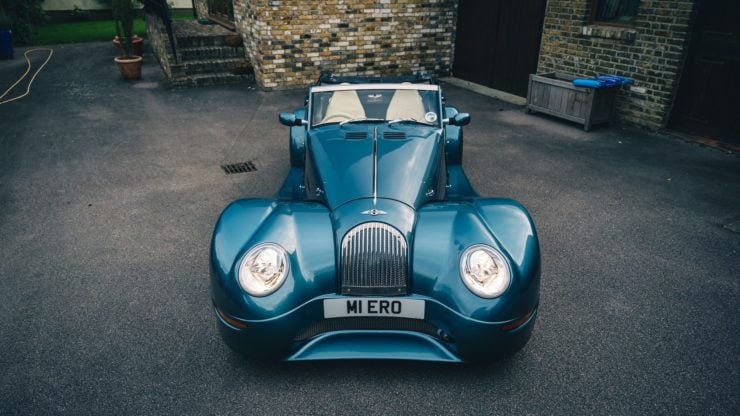 The styling of the Morgan Aero 8 is loved by many but it does have its detractors, including those who don’t love the headlights. They were designed like this for maximum aerodynamic efficiency.

The project to build the car that would become the Aero 8 started from a blank slate, no pre-exiting Morgan parts would be used.

An all-new pre-formed bonded aluminum chassis was created and fitted with motorsport-influenced inboard shock absorbers, unequal length double wishbone suspension front and back, a flat floor for better aerodynamics, centre lock magnesium wheels, rose-jointed suspension, and a body design that had been honed in a wind tunnel.

Interest in the new car was strong and the order book soon began to fill, including one order for Richard Hammond, one of the hosts of the wildly popular Top Gear TV show in the UK. Morgan called it their first supercar and although some questioned whether it really classified as a supercar, no one could deny that it was fast.

No car is ever without its detractors however and so it was for the Aero 8, the styling wasn’t to everyone’s tastes and the headlights in particular attracted plenty of derision. Some styling revisions were made over the production run of the car, and the headlights were changed in 2005 with the introduction of headlights taken from the modern Mini Cooper. 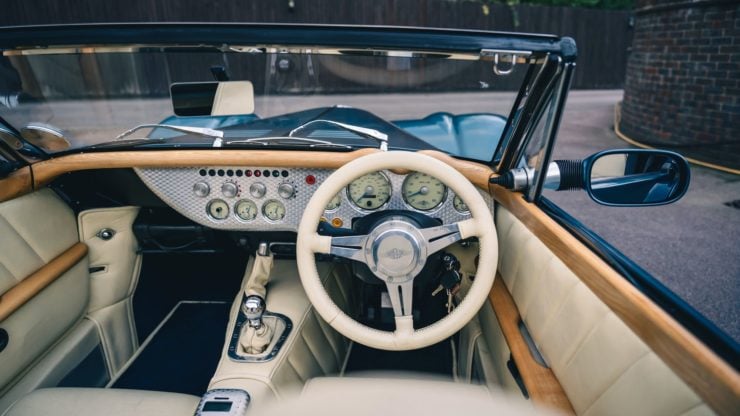 The interior of the car is beautifully appointed, taking styling cues from the classic Morgans of old but adding a number of hat tips to modernity.

Production of the Aero 8 ran from 2000 to 2018 and the cars are now highly sought after. Morgan has continued modernizing its model offerings and it now has an all-electric three-wheeler in production along with two more classic Morgan designs.

The Aero 8 shown here is a 2003 model, making it a member of the first generation. It has just 23,734 miles on the odometer and it has been serviced annually from new by the Morgan dealership at Brands Hatch in Kent, England.

The car is finished in its original Light Blue Metallic with a Shetland Vanilla Leather interior, it has both air conditioning and cruise control, as well as electric windows, a Sony radio / CD player, steering column-mounted audio controls, and it rides on Toyo Proxes R888 R tires.

It’s now for sale on Collecting Cars out of Hextable in the United Kingdom, if you’d like to read more about it or register to bid you can visit the listing here. 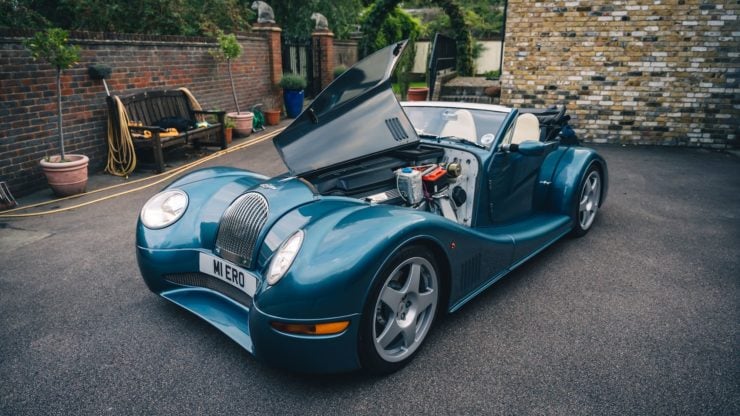 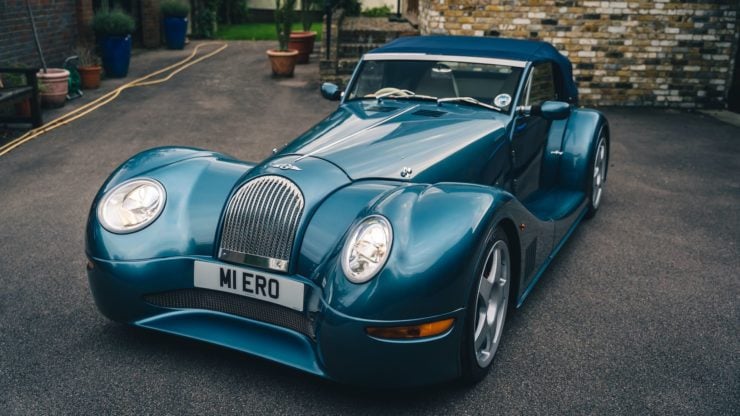 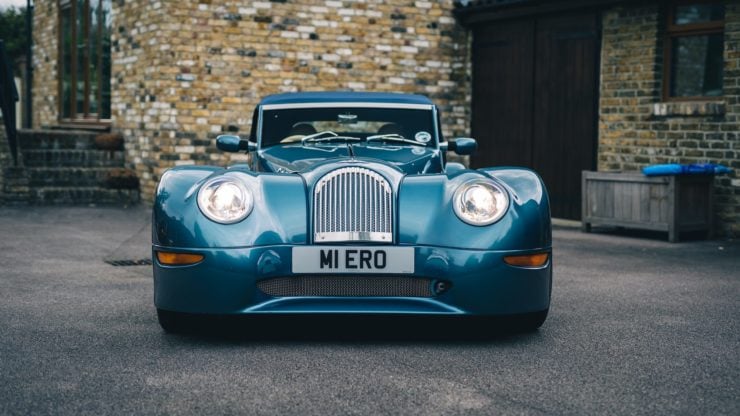 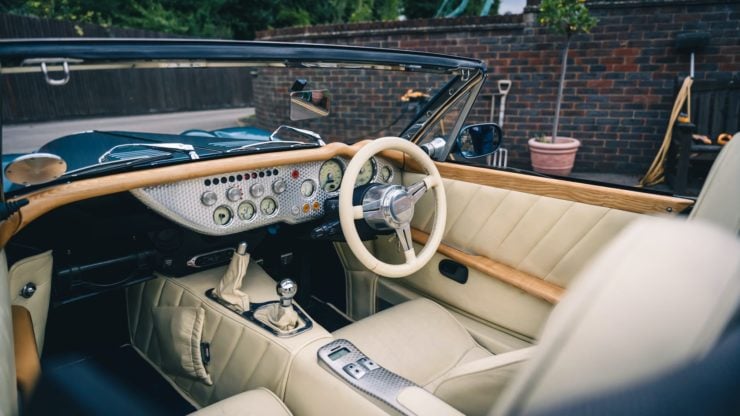 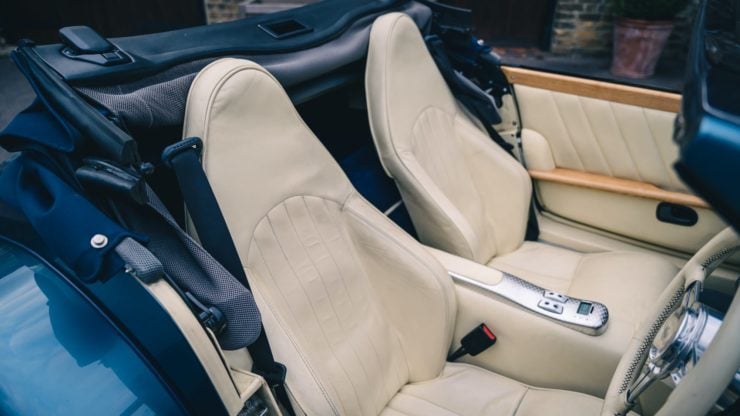 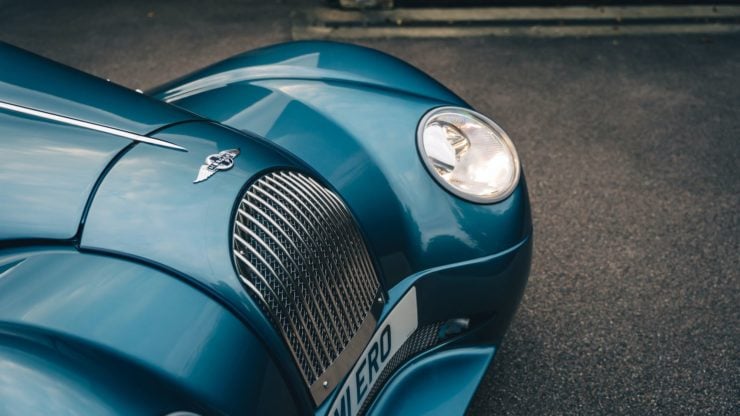 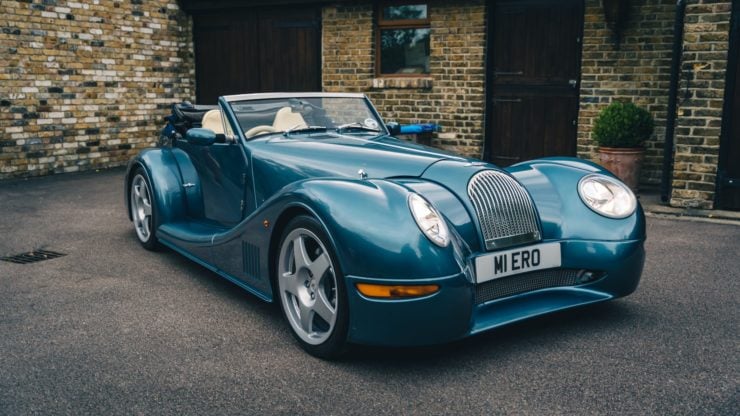 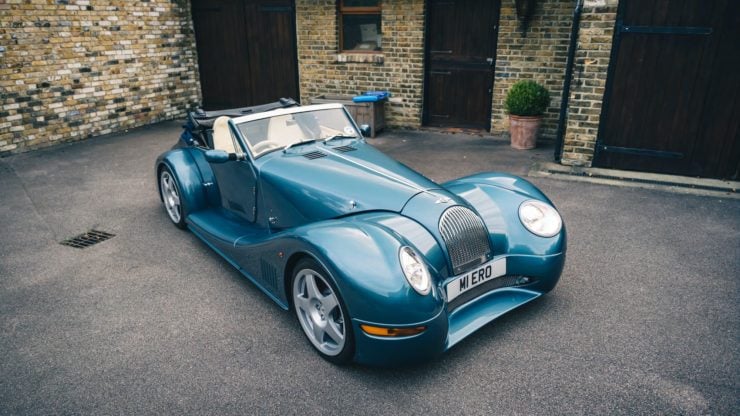 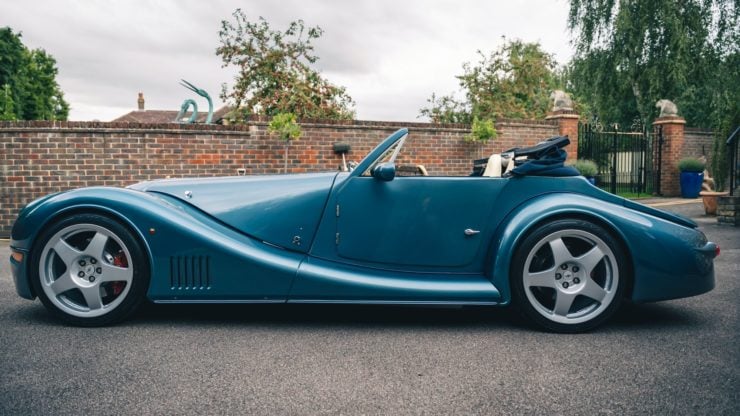 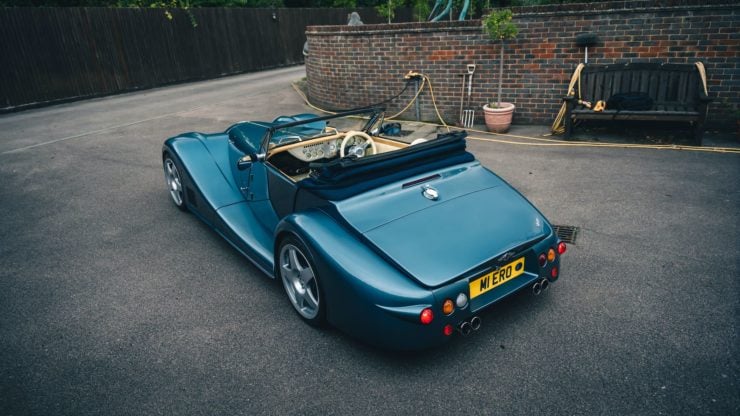 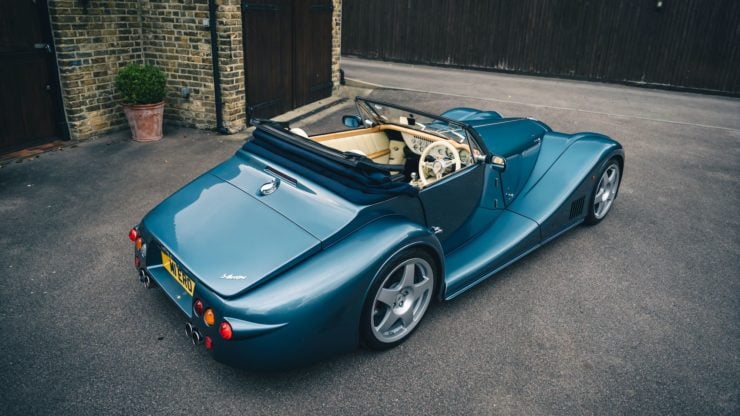 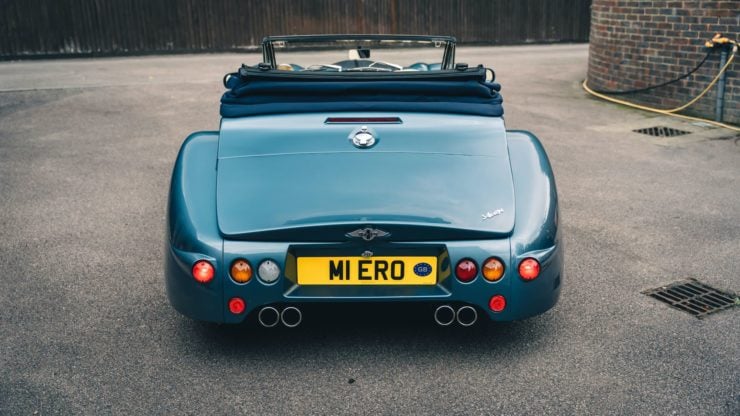 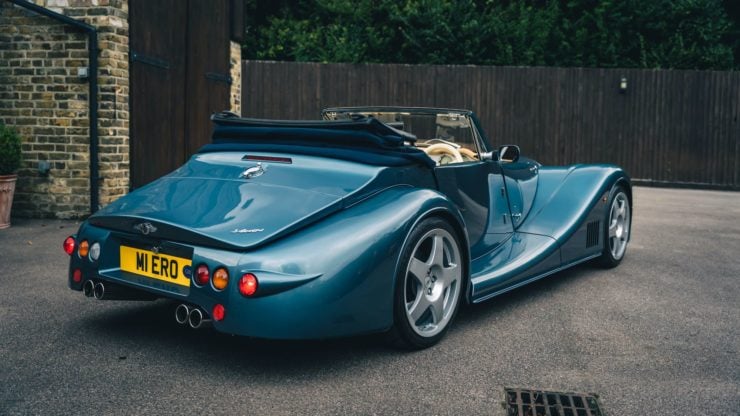 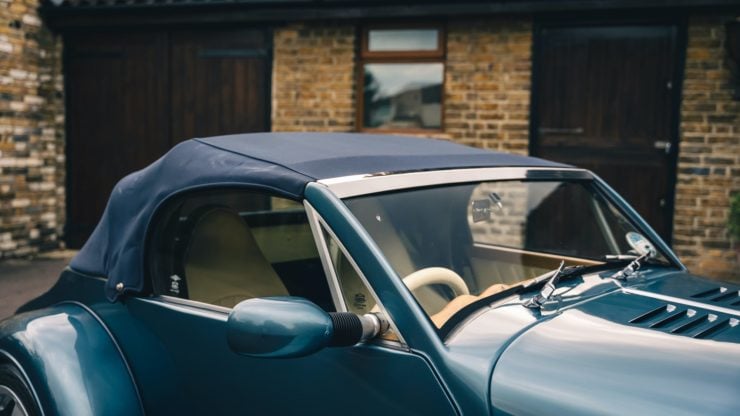 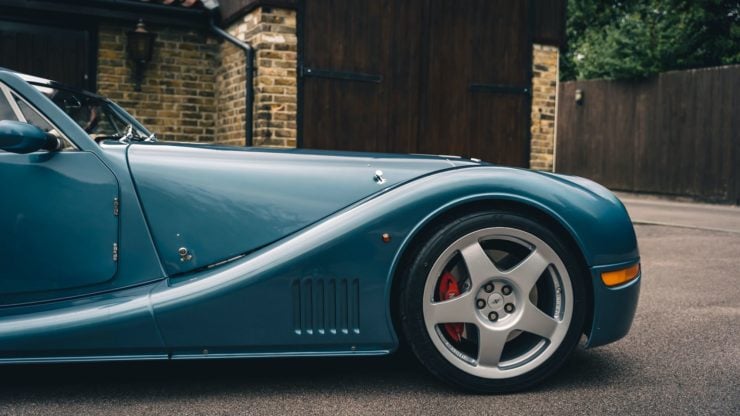 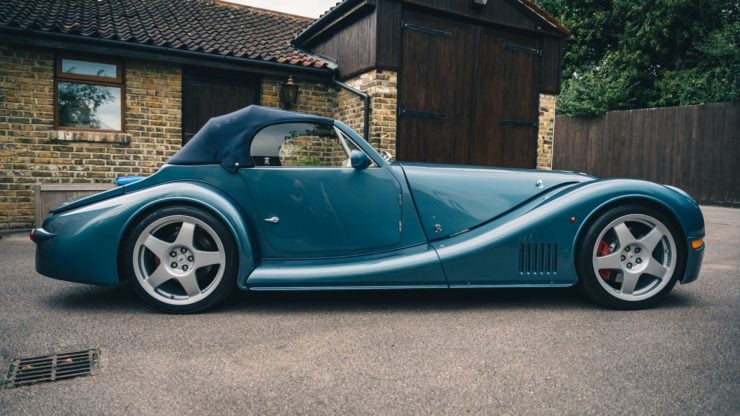 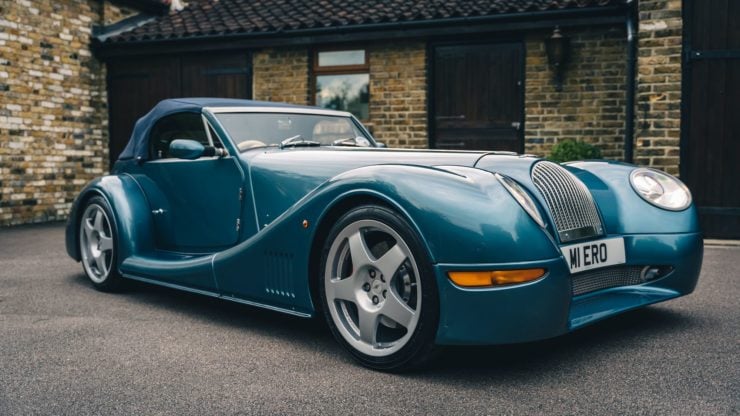 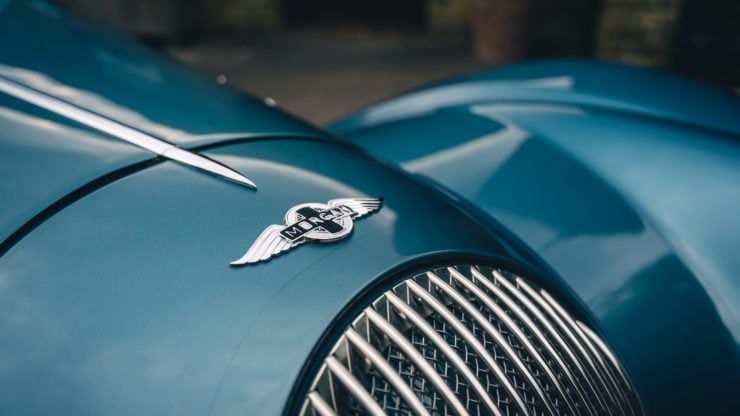 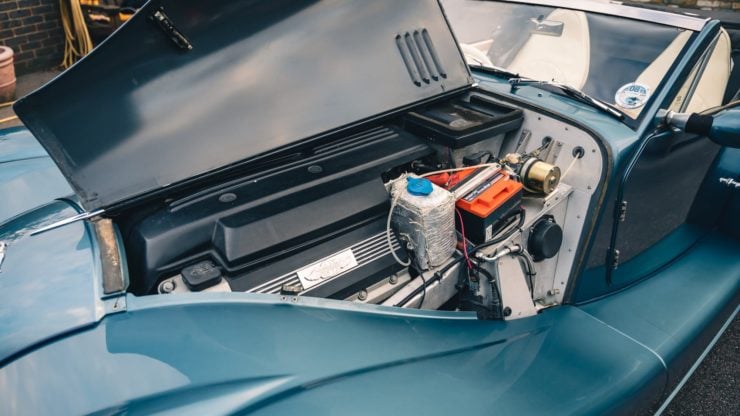