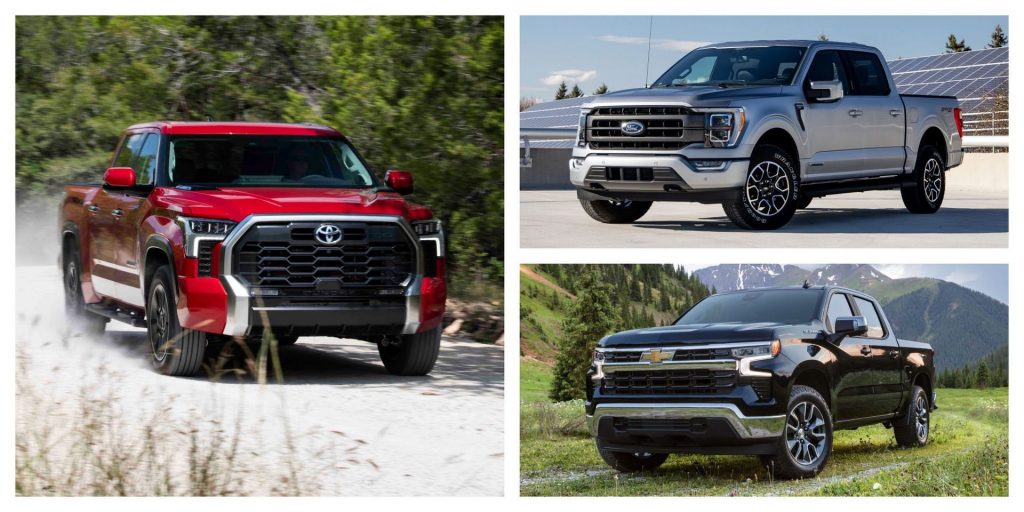 One universal truth regarding vehicle ownership is that a certain degree of maintenance and upkeep is required to keep any vehicle in optimal shape. Every vehicle features a number of components that could be easily classified as “wear items”, thereby requiring replacement at set intervals. This includes several components found on today’s most popular pickup trucks, like the Chevy Silverado, GMC Sierra, or the Ford F-Series.

By nature, most trucks are used under a wide variety of conditions, some of which tend to be rather severe. This causes many of the above-mentioned wear items to fatigue far more rapidly than they otherwise would on standard passenger cars. This places increased importance upon identifying these wear-prone items, in order to better monitor their condition throughout a truck´s service life.

The following is a list of the 10 most common wear items found on today’s most popular trucks.

While it is common knowledge that the brakes found on every vehicle wear with time, this process tends to take place in an expedited fashion on most trucks. This stems primarily from the fact that trucks are often used in towing and other severe service applications, which prove rather demanding upon a vehicle’s brake system as a whole.

A truck’s brake pads, or brake shoes in the case of rear drum brakes, tend to wear faster than most would expect, even causing damage to their corresponding rotors if not changed in a timely manner. This warrants careful consideration, as proactive brake maintenance prevents unnecessary (and often costly) repairs.

A truck’s suspension system is also a likely recipient of excess abuse, due to the varying terrain that most trucks traverse. This takes a toll on a truck’s shocks, leaving them unable to absorb excess vibration or movement to any reasonable degree. This makes for a ride that feels closer to sailing the high seas than cruising the highway.

Luckily, shock absorbers are quite affordable and widely available for purchase at most parts houses. In most cases, shocks also tend to be relatively easy to replace—for those with an average degree of mechanical aptitude and a set of basic tools at their disposal.

Ball joints are yet another wear-prone item to keep in mind when evaluating your truck’s mechanical well-being. These articulating joints connect a truck’s steering knuckle to its upper and lower control arms. However, with time these joints begin to wear, often causing clunking and rattling within a truck’s front end.

A certain number of trucks have proven more prone to ball joint wear than others. Some of the most significantly affected of all trucks include the Chevy Silverado/GMC Sierra, both of which were plagued by issues of this type during prior generations of production.

A truck’s wheel bearings also come under a significant amount of stress, due to the load that is placed upon them on a consistent basis. When wheel bearings begin to wear, excessive endplay is presented within a truck´s hub. This, in turn, only intensifies this already established pattern of wear, eventually necessitating replacement.

The most notable symptom of wheel bearing fatigue is a roaring or growling noise that is emitted from the affected hub. The presence of a bad wheel bearing can be confirmed by raising a truck’s wheels individually, and checking for substantial play with your hands positioned upon the tire at the 12 o’clock and 6 o’clock positions.

As most motorists would likely agree, tires never quite seem to last as long as one wishes they did. Adding insult to injury is the significant increase in tire prices over the past decade, which shows little sign of stabilizing anytime soon. Today, one can easily spend well in excess of $1,000 purchasing a new set of tires for their truck.

In most cases, truck owners can expect to replace their pickup’s tires once every 50,000-60,000 miles, leaving little doubt as to whether or not tires should truly be classified as a wear item. In fact, the average truck can be expected to go through 3-4 sets of tires during its lifetime.

The front end of all vehicles contains a number of specialty bushings. These bushings are intended to prevent excess vibration and eliminate metal-to-metal contact. Bushings of this type are typically made up of rubber, or similar synthetic materials. Unfortunately, this material is prone to significant deterioration over a vehicle’s lifetime, thereby necessitating eventual replacement.

Due to the often demanding circumstances under which a truck is operated, bushings found within a truck’s steering system seldom stand the test of time. This was an especially common problem among Ram pickup trucks of yesteryear, only magnifying additional front-end issues that such trucks were so widely known for.

The average truck features several different components that are driven by an engine’s drive belt. Some of the most notable of these components include the alternator, power steering pump, and air conditioning compressor. Unfortunately, each of these components is prone to wear in its own right, often requiring replacement at some point during a truck´s service life.

Some models of trucks tend to experience issues of this type more frequently than others. For example, certain production years of the Chevy Silverado were somewhat prone to power steering pump/hose-related issues, while some Toyota Tundras experienced their fair share of water pump failures.

Going hand-in-hand with the accessories mentioned above is an engine’s drive belt. These belts distribute rotational energy from an engine’s crankshaft pulley to all other pulley-actuated accessories, such as the alternator, water pump, power steering pump, and air conditioning compressor. Nonetheless, even the heartiest of drive belts require periodic replacement.

Most manufacturers estimate the lifespan of today’s drive belts to be approximately 60,000 miles, though some belts will last significantly longer. Regardless of this fact, it is important to monitor the wear associated with your engine’s drive belt, carefully checking for signs of cracking and fraying.

Many of today’s trucks seem especially prone to fan clutch failures over the course of their lifetime. Issues of this type are known to affect most any model of truck that features a standard mechanical fan, though Ford trucks of several particular vintages seemed especially prone to complications of this nature, especially after reaching the 100,000 mile threshold.

One of the most common signs of fan clutch failure is engine overheating that primarily takes place at idle, or when driving in stop-and-go traffic. This stems from the fact that less airflow is typically distributed to the radiator when a vehicle is not in motion, thereby highlighting the importance of a working mechanical fan.

The average internal combustion engine requires a well-timed spark to facilitate efficient combustion. This spark is provided by an engine´s ignition system and is delivered via a set of spark plugs. Unfortunately, spark plugs themselves do not last forever and require periodic inspection/replacement. In absence of proper ignition system maintenance, engine performance tends to suffer.

For this reason, it is important to consider the health of the spark plugs found within any truck´s engine. While most engines feature one plug per cylinder, some engines, such as many Hemi units found in Ram trucks, actually utilize two spark plugs per cylinder, for a total of sixteen plugs in all.