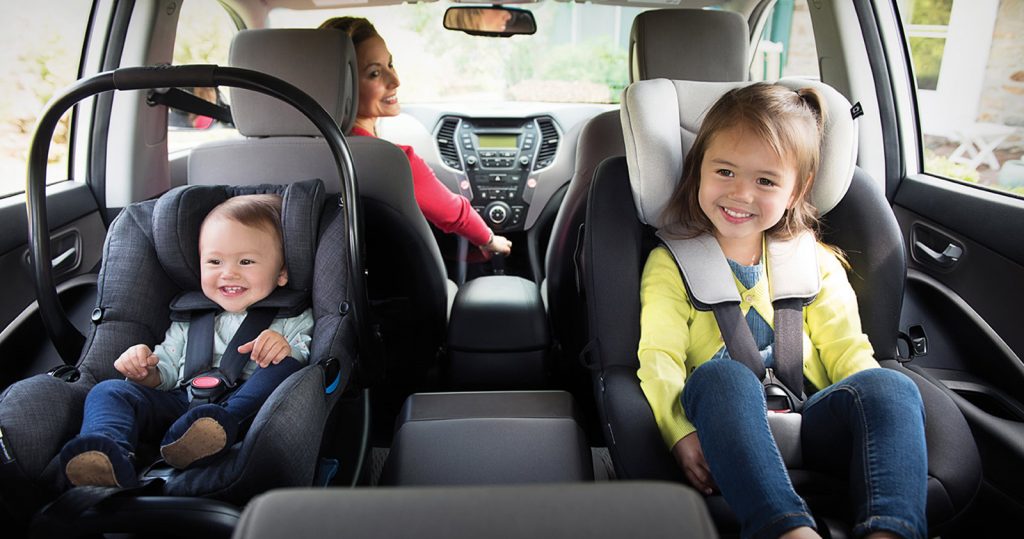 Regardless of the type of car we own and where we drive it, young children are especially vulnerable to injury during car accidents. Motor vehicle accidents are the leading cause of death among people ages 2-14. In addition, many parents are surprised to learn that seat belts do not restrain children until they are between 8 and 12 years old.

Much like seat belts, the benefits of using a child seat correctly and fixing devices in the car are unquestionable. They protect the child’s physical integrity, reduce the index of injuries and mortality, prevent the little ones from motion sickness, dangerous behavior in the car, and possible driver distraction.

Statistics show that many children are not restrained correctly in car seats or other restraint systems. For this reason, the governments of countries such as Canada and the United States have implemented legislation to which child seats must adhere.

Laws are not the same worldwide regarding child car safety. Instead, there are laws at the country, regional, or even continental level, as the European Union. So, for example, in the United States and Canada, as they are neighboring countries, it is to be expected that there will be similarities in their child seat laws.

The Canadian government, for instance, requires car seats to include the Canadian national safety mark (NSM) along with other safety precautions and offers educational car seat clinics nationwide. In the case of the US, compliant child seats should include a safety label certifying their use in motor vehicles and aircraft.

And just as there are similarities, there are also differences when comparing child seat laws between states in the US and Canadian provinces. Car seat and booster seat regulations vary by country, provincial, and state standards in these two North American nations. In addition, even some states and provinces don’t have specific safety system provisions after 3 or 4 years.

This consideration is essential when deciding to purchase a car seat. Therefore, it would be best to meet the regulations and codes of the state or province you reside. Although some car seats on the market are compliant with both the US and Canadian child seat laws, we encourage you to research before making your purchase.

What makes a child seat safe?

With safety regulations constantly evolving, knowing if your car seat meets different safety standards can be confusing and challenging, especially if you’re unsure what to look for. 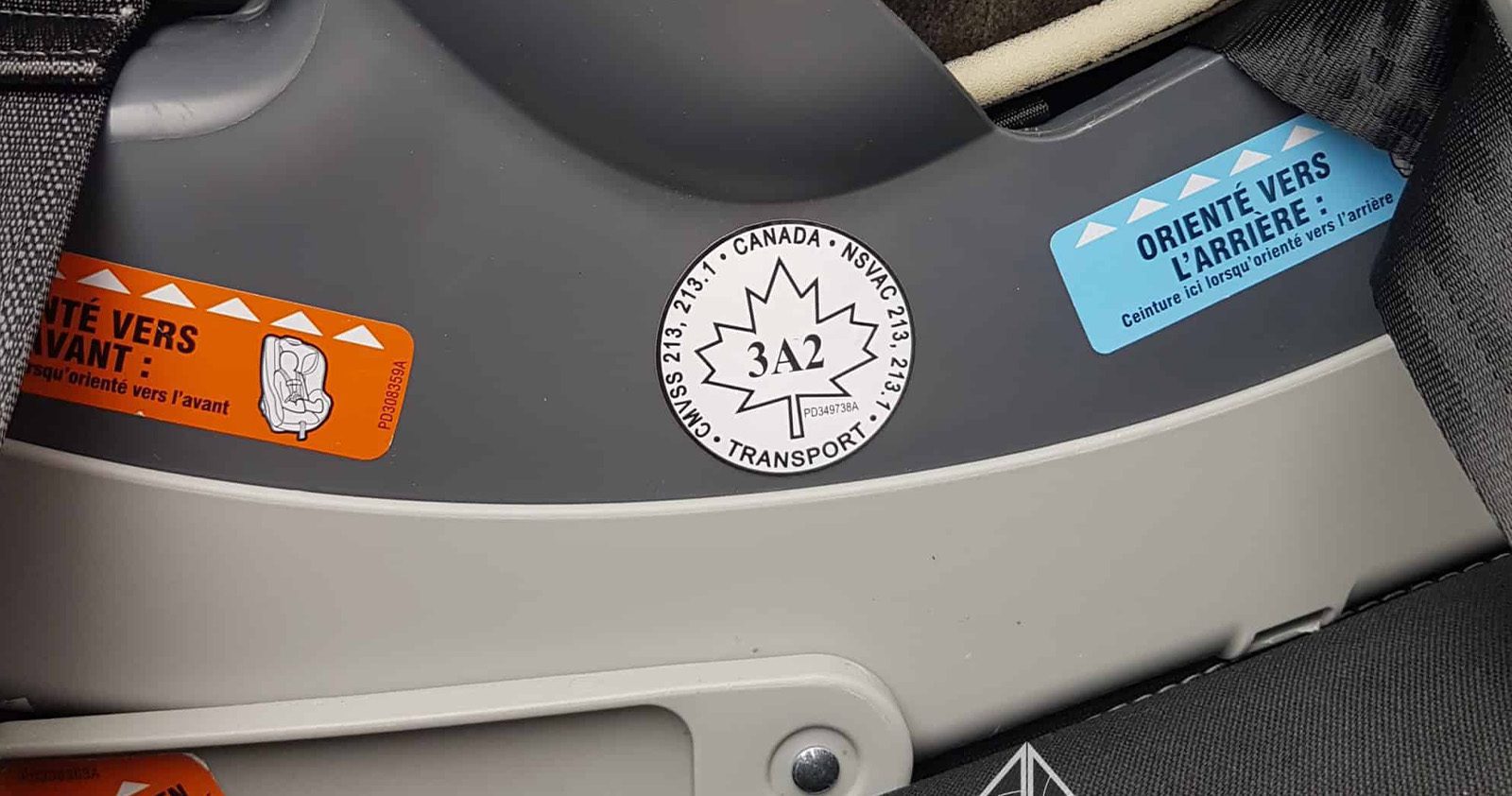 Via: Car Seats For The Littles

The labeling on a child seat is one of the best ways to determine compliance with Canadian or US safety standards. Labels provide essential information that lets you know that the car seat adheres to codes and regulations in at least one of these countries and that it’s certified for use in a vehicle (or aircraft).

Canadian Car Seat Regulations state that all car seats must have a National Safety Mark. This mark is a label or text in English and French permanently affixed to the product. This requirement ensures the seats comply with the appropriate Canadian Motor Vehicle Safety Standard established by Transport Canada.

In the case of the US, there are several labels on car seats that you can look for to ensure that a car seat offers certified safety, such as the Car Safety Seat (CSS), FAA certification for use in an aircraft, and the NHTSA certification of conformation to Federal or the Motor Vehicle Safety Standards (FMVSS213) 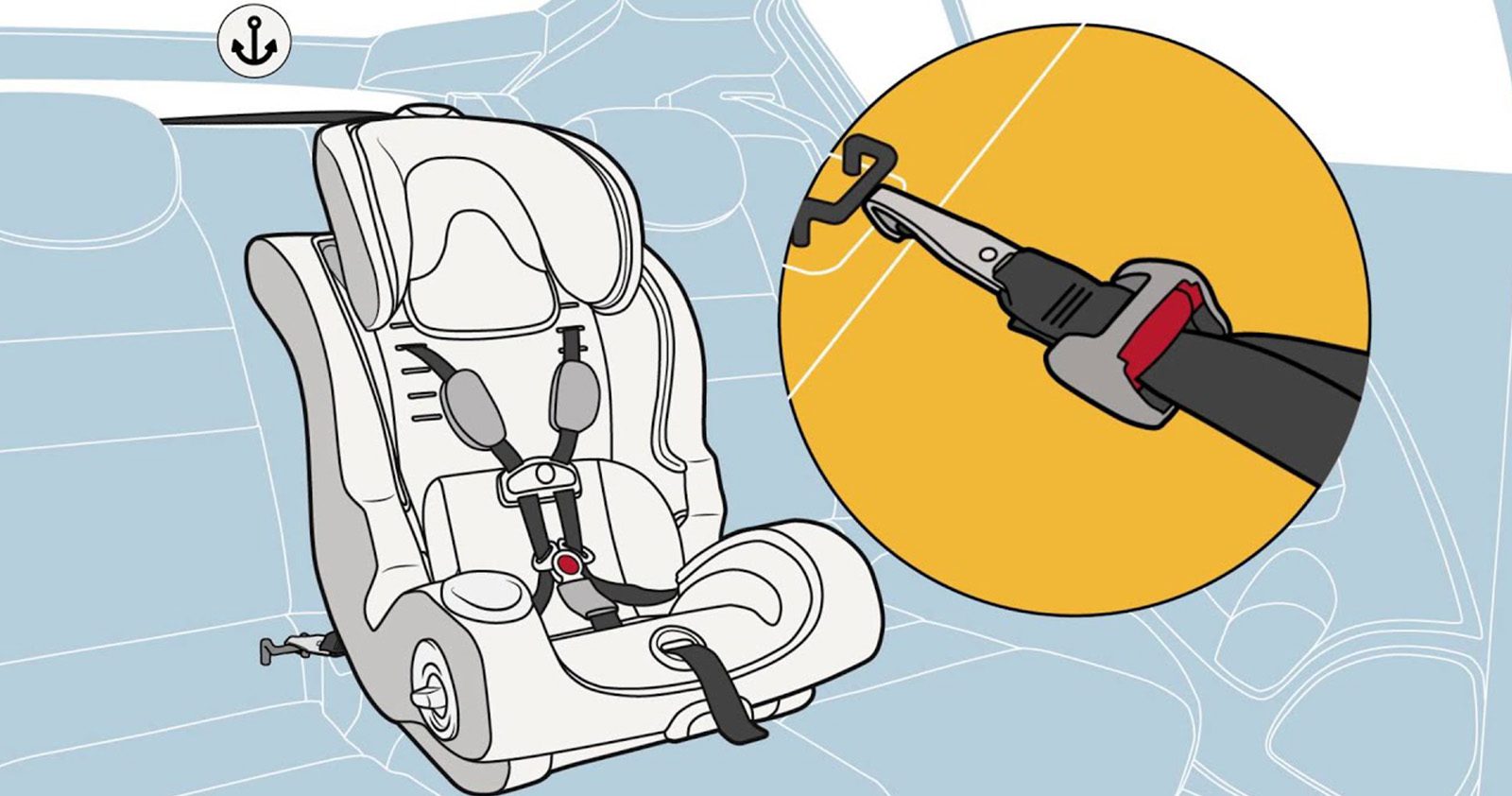 In the LATCH system, the lower anchors can be used instead of the seat belt to install the seat. At the same time, the top tether enhances the safety provided by the seat, and it’s essential to use for all forward-facing seats, even those installed with a car seat belt. While seat belts and LATCH systems are equally safe, the LATCH system reduces the chance of incorrectly installing the child seat. 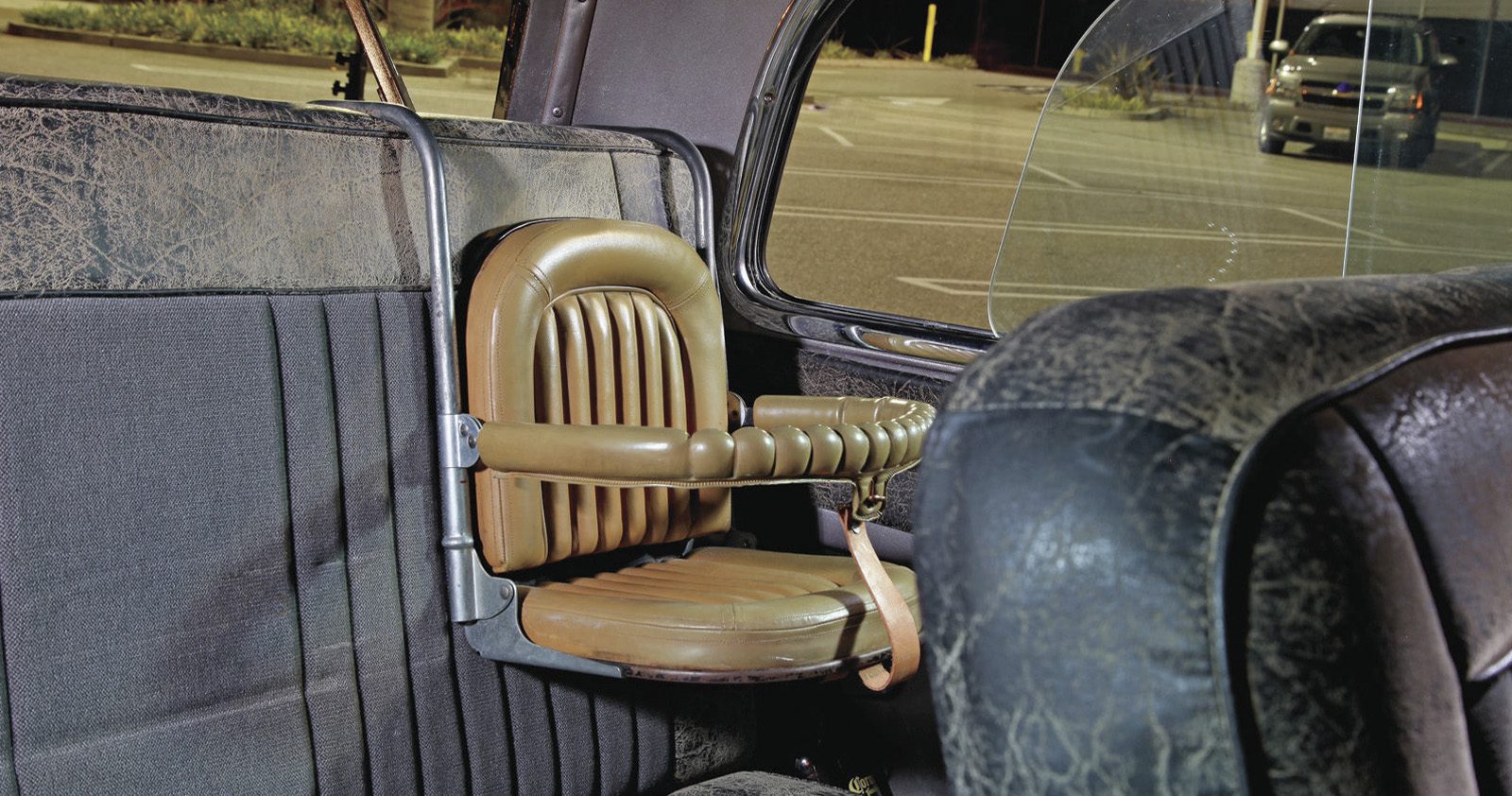 Parents looking to buy a car seat should know that child car seats have an expiration date. The reason is to keep old seats off the market because they don’t offer as much protection as new models.

The average lifespan of most child seats is six years. In addition, all child car seats must pass federal safety regulations. Some models even offer additional margins of protection during a crash, and others are easier to install.

This last feature is perhaps one of the most crucial and often overlooked because a poorly installed seat leaves a child vulnerable in the event of an accident. So, along with continued ease of use and improvements in safety and the reasons described above, should make parents consider investing in a new top-quality car seat. Companies such as Diono have products ranging from a couple hundred dollars and up, as well as a variety of accessories to choose from.

But if you still decide to buy a used car seat, you must make sure it’s safe to reuse it. First, you need to have the seat’s expiration date, which is usually on the label and in the owner’s manual. You should also inquire if the seat was involved in a car accident because even if it doesn’t show visible damage, crash forces could compromise the structural integrity of the seat. 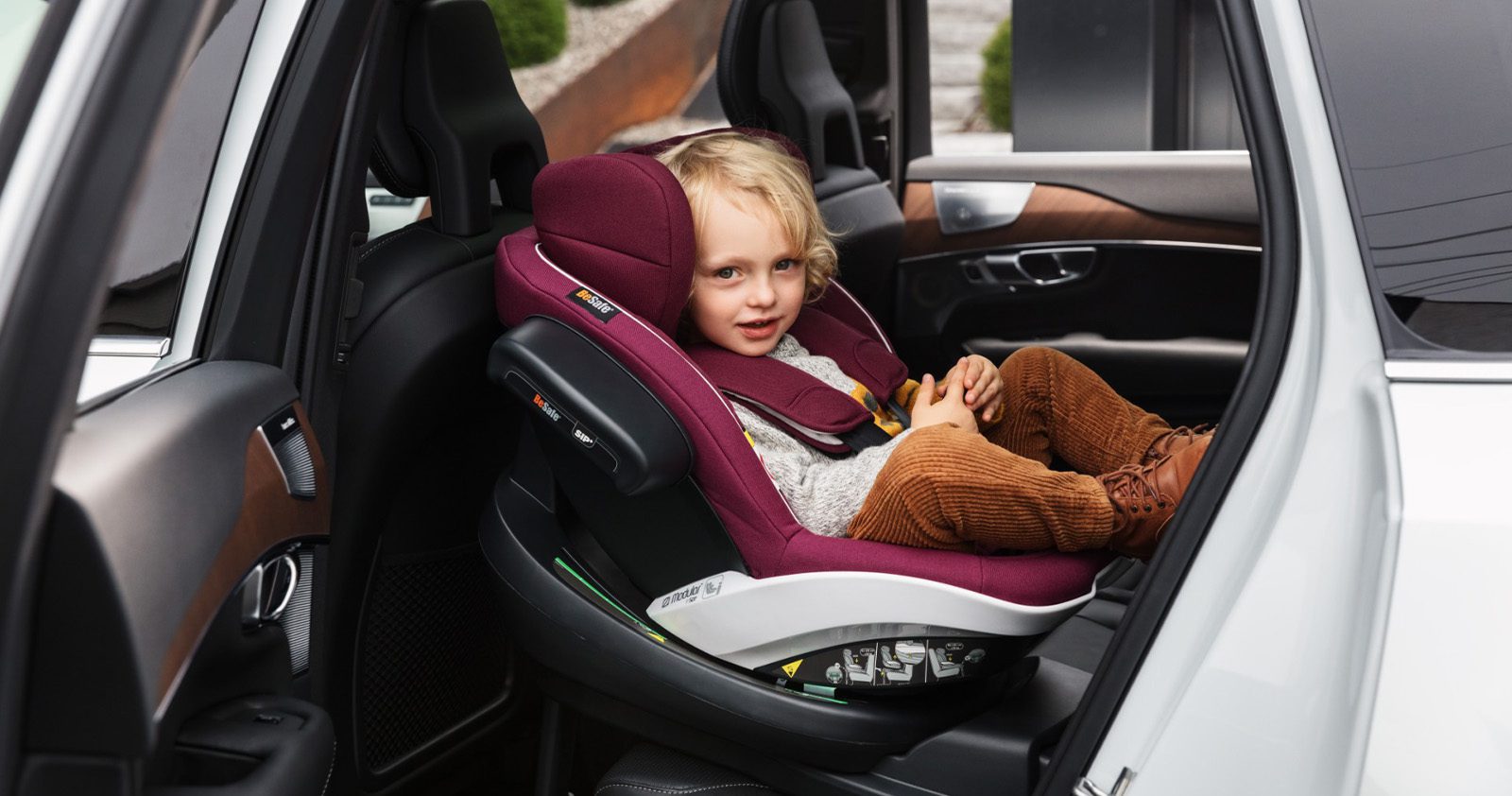 Research by the American Academy of Pediatrics (APP) suggests that all infants and toddlers should ride in the rear-facing position for as long as possible until they reach the highest weight or height allowed by the seat’s manufacturer. 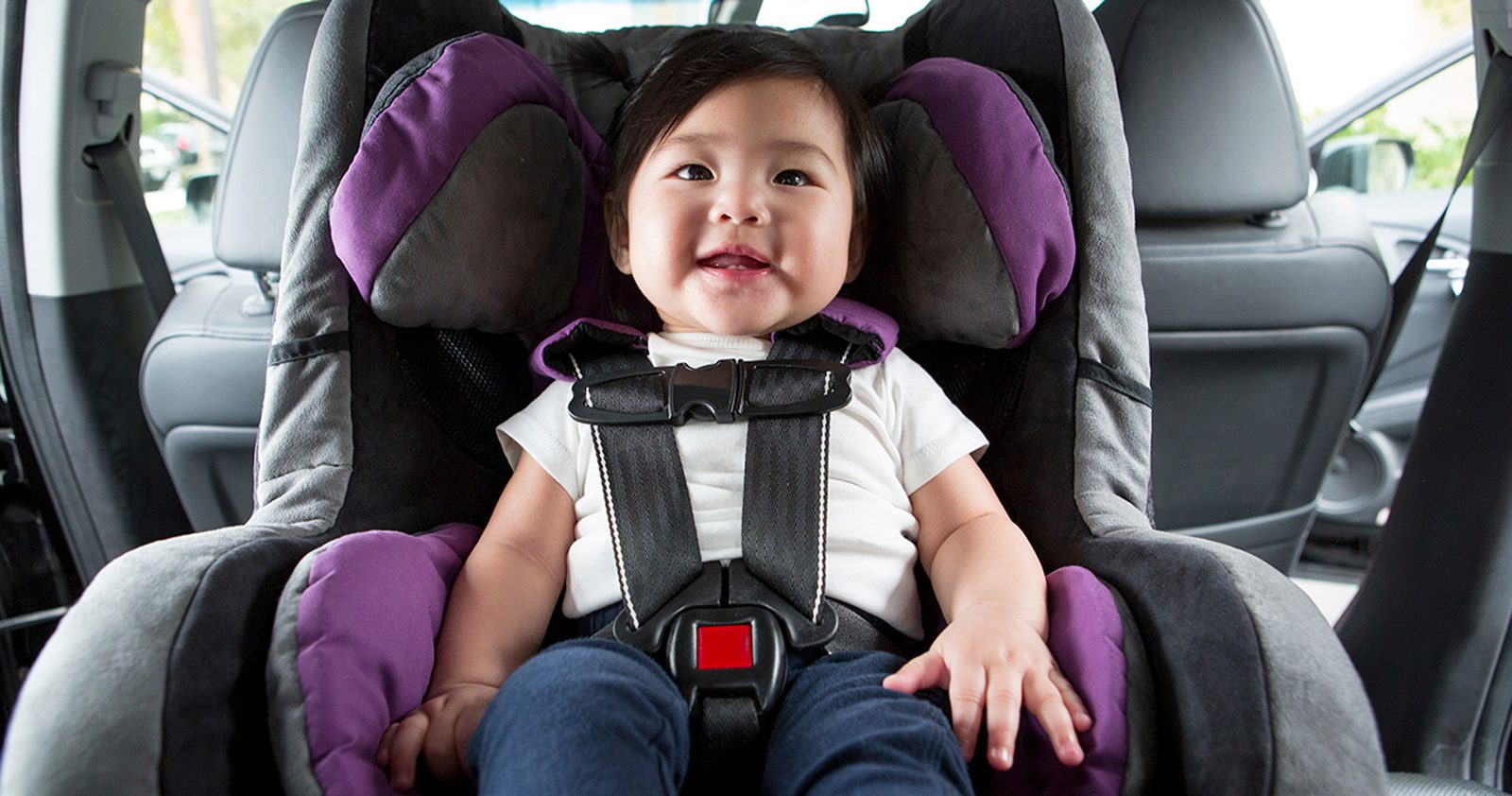 A 5-point harness provides more restraint than 3-point harnesses, thanks to its five attachment points. These five straps restrain your child at the shoulders and hips, which are the stiffest parts of their body.

During a crash, the 5-point harness transfers impact forces to those rigid points of the body and to the child seat. Research shows that the soft parts of the body, such as the abdomen, have better protection in a crash.

The type of car seat that is right for your kids depends on many factors such as age and size and developmental needs. This chart from the American Academy of Pediatrics (AAP) is a great starting point to choosing the best car seat for your child. 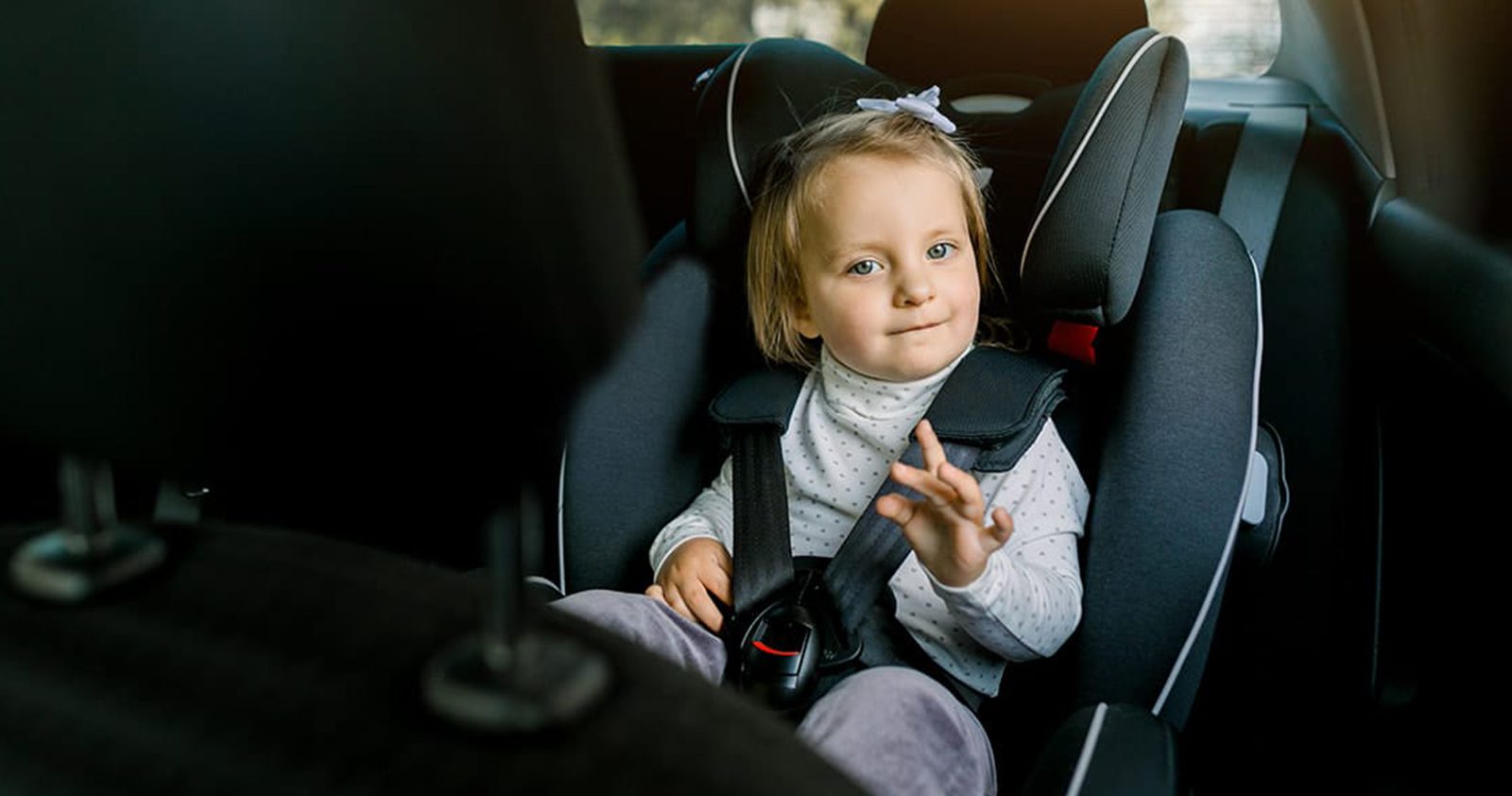 Regarding child seat safety, the United States and Canada have specific laws for each country that vary by state or province. However, both countries recommend that children should use a booster seat until they weigh between 80 (36 kg) and 100 lb (45 kg), are about 4 feet 9 inches (145 cm) tall, and can pass the Five Step Test. The average for most children is between 8 and 12 years old.

This chart by the Child Passenger Safety Association of Canada is a breakdown of provincial/territorial booster seat laws and laws regarding seat belt use for older children.

To summarize, choosing a child seat that complies with the specific regulations of the country where we live should be the priority. In addition, we should not skimp when buying seats for the little ones since standards and advances in technology mean that these seats have an expiration date. In the case of second-hand seats, it’s essential to ensure that it has never been involved in an accident to rule out that the seat may have its structural integrity compromised.